Unitarian Universalist Leadership School is supposed to be organized around the idea of Organizational Design (now called something like “community building” -- UU’s can’t resist tinkering with everything) but it’s actually three or more strands braided together. It was the worship strand that called to my heart.

Do you know that sweetgrass is usually sold as a braid to be used as a holy smudge? Circumpolar -- Russia, North America, Mongolia, Scandinavia. My own worship “braid” was some kind of attempt to reconcile my earnest Presbyterian baby self with my Sixties Blackfeet ceremonial experience. This is what I went to seminary to find out and didn’t. But I had clues enough from Leadership School that with my U of Chicago MA I could figure it out.

Consider “in-gathering.” About 1976 I was at the Pacific Northwest UU District’s leadership school, the second of the early attempts. The OD guy was Ord Eliot and the minister was Peter Raible from University Unitarian Church in Seattle. The first summer this “school” or camp was offered, it bombed. Since it was Peter’s idea, which came from talking with Ord, the two of them stepped in to do the second one. The stakes were high. Peter could save anything, except maybe himself, and he knew to get this event off to a good start. He also had the services of a group of powerful and competent women I sometimes privately called “a demi-monde” and other times “a Greek chorus.” (They sometimes saved Peter.) He asked them to design (that’s DESIGN, not PERFORM) an ingathering service for the first night. We would all have driven a long way to Fort Worden on the edge of the Pacific coast, arriving in time for supper -- a little stunned, road-weary, and maybe (like me) terrified.

So this is what happened. At supper we found index cards by our plates and were asked to write on them a few sentences about a precious, maybe transforming, moment in our lives that we would like to share. We handed them in before we ate, then those women disappeared. We figured they were going out to the kitchen or something.

After supper it was dark. We joined hands, not knowing where we were going, and were led over the lawn, hearing the sea, to a free-standing building that was a gymnasium. Inside it was dark except for a pool of light in the middle. In the pool of light, which was created by dozens of lit pillar candles standing on a carpet of paper, we could just see that there was writing spaced out on the paper. We were instructed to sit on one of the sections of large writing and discovered they were what we had put on our index cards, but we weren’t to sit on our own writing. Then we were asked to read aloud what we were sitting on. It was a communion of words.

There wasn’t much more. Must’ve been music. Maybe we sang. Kumbahyah hadn’t become a joke yet. Pachelbel’s Canon was everybody’s favorite. It was the Seventies. Afterwards we returned in silence to the ordinary bright auditorium where we sat in chairs properly and looked at the schedule, asked questions -- all that stuff. But sharing that small in-gathering had begun to bond us into, you know, a Beloved Community. Not because we’d done something familiar, prescribed or even enforced by an institution, but because we’d shared. Not showed-off -- we each read someone else’s moment.

People who approach Christian Communion theologically talk about how the bread stands for the body of Christ and the wine stands for the blood of Christ. Kinda cannibalistic. Also kinda funky. What’s next? Licking off the sweat of Christ? Okay, okay -- we get it. The idea is that Jesus is human and we get that he’s sort of echoing the sacrificial lamb because lambs were sacrificed a lot in that time and place. But the human impulse to make everything fancy and “special” (in the sarcastic sense) has encouraged us to leave behind the plain fact that bread and wine (actually more like vinegar, but safer than water) was what there was to eat in the days when the ceremony was invented. Now there are little round wafers to be kept safe on the altar and pretty-good wine that the priest must finish off to keep from pouring it down the drain. They represent a budget item for the church.

But in the beginning the people brought the bread and wine with them when they came to the worship service. It was an ingathering. There’s a time in the mass when orderlies used to go to the back to get it where it had been left next to the door. In those days no one imagined that the communion wafer had turned into Jesus on their tongue so they worried about accidentally biting Him. It was just a kind of potluck at the end of the service, a communal breaking of bread. In fact, those first early worship services were Jewish services -- really book clubs: the study of scripture preceded and followed by prayers. The writing was read out loud because not everyone could read and books or scrolls were too precious for people to own. The rabbi would comment on what was read. Commentary is a major part of the Jewish tradition.

So book club, prayer (Even now, as the senate convenes...), and communion. At this point they still thought of themselves as Jewish and ritual bathing is a big part of Jewish tradition. In the earliest days, only the baptized people, who’d been dunked in the river, were allowed to take communion. To keep from making the unbaptized leave, the baptized went someplace else for their sharing. This was called “fencing the Communion.” Keeping out the people who hadn’t sworn commitment. (There’s still a little fence at the front of many churches.) This human need to make a boundary always presents problems sooner or later. For the early people it came first when the children who were too young to be confessing Christians were not strictly entitled to go to the Communion. Hmmm. A big split -- that continues today -- between those who wanted to just baptize the infants and take them along, and those who thought the experience of conversion was too important to the act of baptism to be jumped over. Anyway, what if the kid turned out to be a hellion?

Another problem arose later and had to be confronted by Saint Paul. Did all Christians have to be converted from Jews? Or could some guy from sub-Saharan Africa or way up north in that tangle of barbarians walk in and join? One of the little (ahem) sticking points was whether converting to Judaism as a kind of pre-Christianity would mean they had to be circumcised. Saint Paul could see he had a marketing problem if he wanted to grow the Beloved Community. A fleshy problem. Personal. Male-centered.

People have a tendency to forget that a symbol is just a symbol. But the best symbols, as Paul Tillich said, are the ones that are “found,” that arise in our lives from what is natural and just THERE. Like sharing a meal or talking about something we read. The sight of our planet from the moon is one of the most powerful modern symbols we have. At the same time the power of Stonehenge has never flagged.

These UU women knew how to design an ingathering because they had organized so many supper parties: they knew to think through who would be there, what their day would have been like, what needed to be supplied, how people would know what to do, and how to guide people in and out. Social ingathering was their well-known template.

What would have happened if someone had crashed the party? I was at a very arty and humanistic UU fellowship once (their idea of a fine sermon was a guy who brought his hawks and flew them over the heads of the congregation) when a rather drunk man stumbled in, believing he was in a different kind of church. He wove his way up the aisle, took the microphone from the suprised leader, and began to testify and repent. Evidently he'd just come through a major and traumatic event. Everyone sat and listened politely for what seemed a long time while he praised Jesus. Then the leader announced that due to lack of time, this man was invited to attend the coffee and cookies sharing directly after the service. A woman rose, took the man’s elbow, disengaged the mike and handed it back to the leader, then gently guided the intruder back up the aisle.

Ingatherings are meant for those there “for the purpose of the meeting” (as Robert’s Rules of Order puts it), but the quality of those who gather has a lot to do with the way the Communion is fenced. 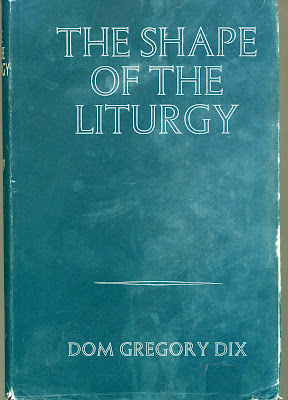 This book was one of my most useful references and a pleasure to read!
Posted by Mary Strachan Scriver at 9:11 AM

Labels: A DECADE OF MINISTRY, POETICS OF LITURGY, Unitarians

I'm enjoying this whole series. You're on a roll!

There are things I'd like to comment about, and at the moment I feel rushed for time. When I have a chance, I'll get back to some more in-depth cogitation.

Meanwhile, just wanting to let you know that I'm finding this series very good thinking to follow, setting off little Aha!s in its wake.

Thanks, Art. I think we're fellow travelers right enough! I was looking at the terrific photos you took of the kayaker's "appeasing the gods" ceremony and thinking how many more people really understand how to manage these things. Burning a kayaker and his kayak in effigy as a symbolic sacrifice asking the gods to spare the real kayakers is pretty powerful. Maybe the Aquarian Revolution continues as a kind of guerrilla operation.

Yeah, I think it does. I see it all the time. There's far more of it going on than the "mainstream" realizes. It's just it's mostly low-key, quiet, personal, local, and not Big Media Events. In fact, most people I know no longer trust the media to get anything right. I certainly don't.

It's encouraging to me to see it happen, and the kayaker effigy burning was exactly as you say: a beautiful, artistic, glorious appeasement. It was indeed pretty powerful.