I’ve never been to Paris, except in the movies, that morphing morphine of guided fantasy. When I sleep I see those rooms, those ascending staircases, those long halls, those reinhabited factory lofts, those catacombs and labyrinths. But you can’t push the river and you can’t step into the same river twice and if I went to Rodin’s studio or the street along the canal or the plaza below the Eiffel Tower, I wouldn’t see what you’ve seen. I can’t even see the same movie twice and see it the same way. It’s always different because I’ve always changed in the meantime, and yet the flashing images are the same.

Some of them -- from movies I saw as a child or a student -- still stay with me. One of the most vivid is from “La Belle et Le Bete” -- Cocteau’s classic. It just the hallway with the torch sconces that were human arms, which moved as the characters walked, lights that were consciously guiding. We had gone in a small group to see that famous film, we acting students from Northwestern, and it moved us so deeply that we decided to walk home along the lake shore, though it was miles. The city reflected in the water and it was magical. The police shadowed us for a while, curious about what we were up to. We didn’t stick to the path but jumped along the jumble of curiously square and flat stones which had -- are you SURE? -- names on them. They were tombstones. From a sacrificed cemetery. We had not known there was such a thing. That was fifty years ago.

For the next ten years I was on the Blackfeet Indian Reservation learning to cast bronze through the same lost wax/Roman block investment process that made Rodin’s work, the Animaliers’ work, Rosa Bonheur’s work so compelling. We were good at it. Bob Scriver thought it would make him as close to immortal as men could get. He had not seen the images at this website, but I have.
http://www.parisenimages.fr/en/event-slideshow-accessibility.html?sequence=3ℑ=8&sujet=jahan

Nothing is immortal. Yet nothing ends. Pierre Jahan, photographer, tells my story for me. Here is the end of one statue. 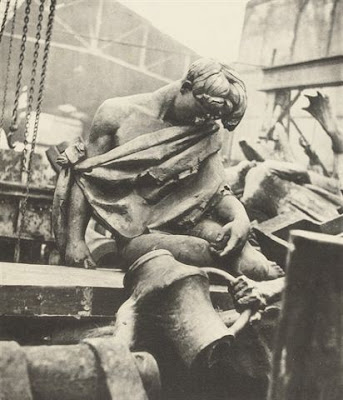 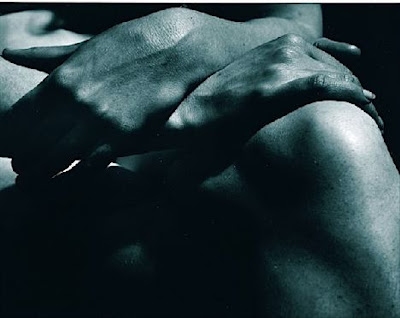 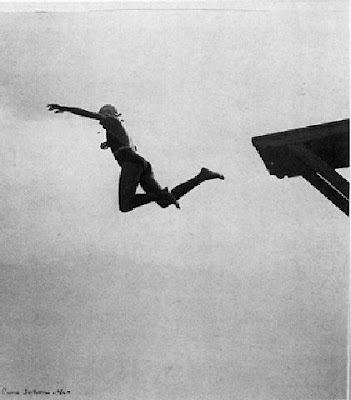 Make the leap. But know that you will walk among the beasts, some of which wear suits. 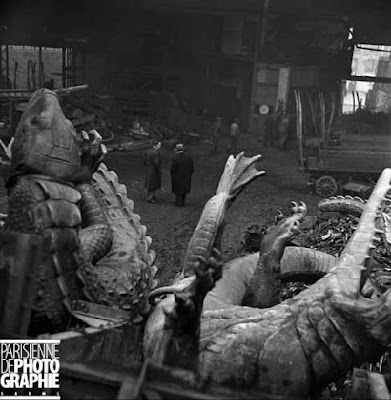 Here be dragons, the fabulous monsters that inhabit dreams, haunt life, scuttle along that hallway lit by torches with men’s arms for sconces -- just far enough back in the dimness that they can’t be seen. But you don’t want to lose them. 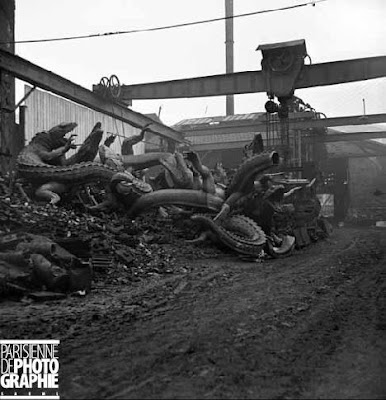 They fight against the industrial mechanized world even as they are destroyed. 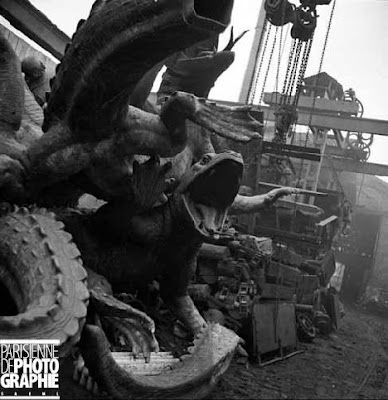 They leap out at you when you least expect it. 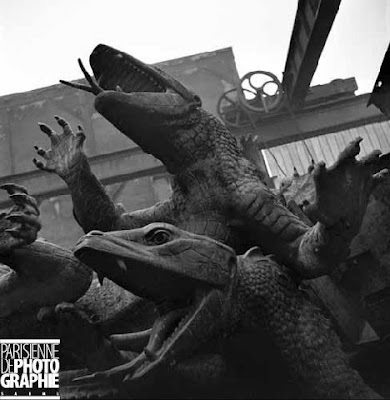 In the end they cannot be subdued. Solstice has passed. Endarkenment is ended. Let the enlightenment begin.
Posted by Mary Strachan Scriver at 9:31 AM