THE WORLD GOES AROUND 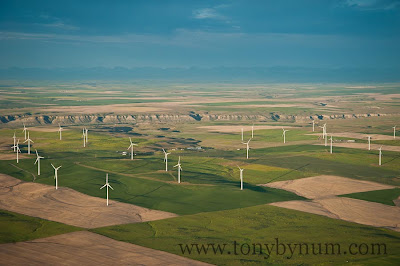 The issue of whether the government should allow two Arapaho Indians to kill two bald eagles for the sake of freedom to practice their traditional religion has been going the rounds. I blew my cool on the subject on a listserv called “The Association for the Study of Literature and the Environment” which I’ve belonged to for many years. This is what I said.

Both eagles and Indians are "third rail" issues -- not just in America, but also around the world. They are sacred subjects with much mojo attached, and yet trying to get anyone to do anything practical or even moral about them is pretty damned tough. The issues are confusing, painful, and internally contradictory. They take a lot of stamina just to investigate. When you're living in the middle of wind turbines that chop up hawks and eagles on their traditional migratory paths, where Indians who are as mainstream as anyone else try to re-create old ceremonies without living that life, which is what validated them in the first place -- let's just say there's plenty of blame to go around. And I suppose that's why so many people make a leap to romance, totally detached from first-hand contact, and then become enraged if anyone challenges that. There is a big split in the nature of the discourse. One is practical, experience-based, and in situ. The other is theoretical, spiritual, and seeking some kind of absolution or participation. (I'm trying not to be pejorative.)

We tend to run headlong into each other.

A few miles from here to the north -- I can see them -- is a wind farm. Sounds great. Clean energy. There are a HUNDRED of these massive turbines with blades big enough to drive a car into. There is no plan for what to do when they wear out, which they will. The problem of how to hook them up to the grid has not been solved because they are intermittent power and there is no practical way to store it. The transmission lines that the Canadian company wants to build has not been completed because they were so ham-handed about forcing condemnation on the land owners and have built on wetlands and archeological sites as they promised NOT to do. Condemnation of Montana lands for the sake of a corporation from a foreign country? The court cases are proceeding.

There are government subsidies and these enterprising companies (some of them are Irish) are determined to use them before they dry up. Therefore they want to build another wind farm (There are maybe a half-dozen so far in this and adjoining counties) a few miles north of the one I can see from the street in front of my house. (At night they are topped by pulsing red lights.) They need to be on a ridge where there is strong wind.

Because there is strong wind, the hawks and eagles and other cruisers have used that area for migration and nesting for millennia. You can see the ledges with nests in that ridge because there are big white swashes of eagle poop under them. Bald eagles are fish hawks and stick to waterways. The birds that will be chopped up in mounds will mostly be golden eagles and other raptors. I helped to raise a golden eagle and am sentimentally attached to them, not for their symbolism but because of holding them, talking to them, squirting the hose on them (they love it), protecting cats from them, shooting gophers to feed them, and other little acts of personal nurturing.

That's the eagles. Now for the Indians. I do not know the Arapaho tribe or rez -- only some individuals. I DO know Blackfeet after fifty years of contact teaching people a few years younger than myself, then their children, then their grandchildren. (With long periods when I did other things.) Bob and I participated in ceremonials that other white people didn't know existed, but that now their grandchildren have decided to resurrect as much as possible. The people I participated with were 80 in 1961, so you see they were 19th Century folks, very very different from these modern entrepreneurs. I've seen people be very white, go Indian, decide that was a mistake and come back to being white, then try to manage some kind of compromise. It ain't easy and I support them. If two Arapaho want to catch two live eagles in a ceremonial manner, I can't see what terrible damage it will do. I would hope it would help them resolve their identities and fates.

A woman my age, Marie Heavyrunner, was just found in the crawl space under her house -- dead, tied, wrapped in plastic. She'd been there since July when she is rumored to have received a check for $90,000 for her oil leases. (Have you read "Mean Spirit?" Linda Hogan. She’s been speaking about the new boom.) The dead woman’s son is the suspect. Another relative helped him somehow. They were part of a drug gang which had taken over the house. The woman was my age, 72. I worked with her late husband, a very much respected WWII veteran, a man who helped liberate the death camps. I taught his son by a different wife and his grandson who served ten years for murdering his cousin -- hit him in the head with a baseball bat. All through those ten years I tried to keep him supplied with books, magazines, and letters in hopes that he would write. He was released on parole, re-offended and went back in. The tribe and the FBI are stone-walling all attempts to find out more about Marie’s case because they want the leasing to continue.

An old Blackfeet woman called me late at night which she often does when she gets scared and wants advice from a white woman. She thinks I have secret information. She's my age and went on relocation so most of her life has been in cities with white people. She was being paid by the oil companies to get old people to sign over the frakking rights to their leases. I was horrified. She couldn't understand why. "It's good money and I need it!" she said, and this is true. A couple hundred dollars per signature. The old timey people think she knows best because she's been in the city and knows a lot of white people.

Today it was announced that one of the oil companies had realized that Red Blanket Hill was sacred and had scrubbed their plans to drill there. Bob always told me it was a place that attracted lightning because there are iron deposits under it. I would not want to be drilling there in a thunderstorm.

Now the subject of religion.

Seizing eagles is easier said than done. This is not Santeria where a rooster has its throat cut. (I don't know whether anyone ever eats those birds. Soup?)

It's an ordeal, a test of courage and skill. One digs a pit, makes a lattice of branches and leaves, puts bait on top -- a rabbit will do -- and waits for an eagle to come try to grab it. Then one grabs the eagle. But the eagle grabs back. Their talons are like scissors and are infectious, though golden eagles are less so because they eat live animals. Bald eagles eat fish and carrion.

Wearing eagle feathers is all very totemized these days. I daresay it was more of an honor before one had to apply to the US government for a boxed-up dead eagle found in the woods or along a highway.

When people talk about religion, they are generally informed only by the media. I consider the current wars over God or non-God to be an adult game equivalent to YA vampire novels. All about love and sex and who's in and who's out. It is NOT religious.

Religion is in many layers and pockets everywhere, not just in institutions or books. It is what we truly believe and that is determined by actions.

I tried to download some of Tony Bynum's photography of oil wells and windmills, but don't have the tech skills. So here's the website. Have fun exploring.

Posted by Mary Strachan Scriver at 7:51 AM

Although I don't have much patience with listserv and forum discussions anymore, I'd be interested to know about the responses to your essay.

Here in the Allegheny range of Appalachia, the windfarms are most damaging to migratory songbirds and bats--I haven't read of any eagle incidents, although we have plenty of both species.

I'm torn between curiosity about the discussions and aversion to biologically naive chatter. Your previous commentary on that listserv's content makes me reluctant to sign up.

There was almost NO response to my essay on the ASLE listserv, but that may have been because I had complained about previous responses. There was a spike in readership on this blog, partly because of Tony Bynum. The listserv is academic and suffers from their limitations. Most of the posts are networking about books and conferences. Naivete is highly variable -- some people have a lot of fantasy in their philosophy and some people have an active field life. I'd say the least sophistication was in religion and American Indians. As in many forums, newbies are the noisiest. For me much of the value is in people whom I know are there but who rarely post.