"Attachment" is the beginning of a new creature's life in the process of meiosis, which was an evolutionary step that began each new life inside the body of the female parent, the one with equipment for supported such a thing.  When a sperm penetrates the ovum in the  mother, for a brief period it is a one-celled animal, floating, hopefully in the uterus after a trip through the fallopian tube.  The ovum develops in the ovaries and makes a little jump from there through the fallopian "tubes" which are misnamed since they look in a photo more like little roses that beckon the unfertilized egg to the proper place to be fertilized. 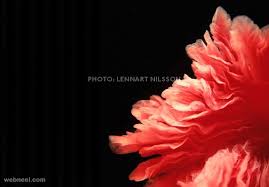 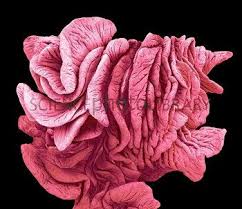 These are photos of fallopian tubes, looking like roses.  One might say a rose was actually a fallopian tube to carry pollen to the germ of the flower.

"Attachment" is the moment when the new microscopic creature literally attaches to the internal wall of the uterus.  We tend to think of this benignly as though it were like a suction cup, but in fact the new conceptus bores or eats a hole to get access to the blood feeds that come to the uterus through arteries.  Access is what keeps it alive.  Otherwise, about half of the little beginnings fail and are absorbed or washed out by menstrual sluffing.

Thus, attachment is a biological event.  It is not conscious, maybe not possible to feel, even for the mother though some will claim they  do.  More likely the mother feels the changes in her body when  the process begins because her body interprets attachment as invasion from a foreign entity and tries to get rid of it.  We sentimentalize conception.  Here is a vivid account of the war to begin living.

This is the first dark and bloody ground of being, a war based on survival as are most wars.  The conceptus is a predator.  This is a paradigm that underlies what in the mother may be nausea because she IS the ground of being.  It is her blood that carries nutrients to the new being as it develops an envelope and umbilical tube so it can float safely, cushioned by the amniotic fluid.  In the meantime the mother will need to have a social embrace to keep her body fluids safely constituted with hormones, proteins, her own emotional chemistry and general health.

Once born, the new being must make a new kind of attachment, an invisible but impelling desire to relate to the environment, which is mostly the mother who provides milk and cleaning and protective embrace.  Sucking, stroking, rocking and, in some cases, licking are vital beginnings of construction in the baby's body, brain included, of person-ality, the conviction of what the environment is like, based on experience and its own capacity to absorb experience.  This work continues through the first few years of life and shapes its "operating system."

We sentimentalize gestation and birth, making something bloody and painful into an emotional event.  Before modern medicine and today when apart from access to care, mothers die. In the 19th century it was not unusual for a woman to give birth several times but then then die,  so that a second wife raised the children, which interrupted the world-building of the child.

Attachment as an origin of personhood is a body of research and reflection today.  A "typology" has developed in that relentless way of research.

The four child/adult attachment styles are:

The idea is that the quality of one's original attachment will be reflected in the person's "style".  Of course everyone wants to be secure and confident, but in later intimate events -- or maybe something so environmentally prescribed as school and work -- this "style" can translate in other ways.  The avoidant child can become the dance-away lover, or the employee who never settles into a job but always quits and moves on.  The anxious or disorganized child can need help to manage tasks and beliefs in various coping ways or compensations.  There are many examples in the literature.  Of course, the co-habiting family and the mother continue to provide a kind of social uterus.  At least in an ideal world, but no world is ever ideal for very long.

The struggle to stay attached to the environment -- which of course includes other people who may be the biggest threat  -- can create major achievements.  I would add to this list of styles a 5th way, which is the provoking child, the one who attacks providers, always testing their level of commitment as well as his or her capacity to feel alive by smashing into other people.  Nice therapeutic psychologists try to avoid such cases.  They are often self-destructive and even suicidal, which can be an ultimate provocation.  "If you are attached to me (love me) give me what I want, which is control of you."  Attachment to such people (love) is often powered by a desire to help others, to heal the world, which is obvious in a good caregiver.  This impulse can become problematic, smothering the object or provoking the provider to violence.

All of this is story fodder.  Even a source of poetry.  It affects religion.

In the Unitarian movement there is a public example, a man who calls himself the "Emerson Avenger."  He had a mystic vision of great significance to him, but when he took it to his minister, that man pushed him away, scoffed at visions.  His style was dance-away, sceptical, based on cool prestige.  As a revenge, this visionary man began to attack all Unitarian ministers, comparing them unfavorably to Ralph Waldo Emerson, a kind of Unitarian saint in a time when the American movement was just forming, a man whose private life was quite different from the way he was seen.  Part of one's attachment style often involves distortion of reputation, performance.

Since this modern man was living a century later, the shift in moral values about sex had just responded to the new contraceptive pill by allowing the discard of a lot of 19th century tenets, weakening the prohibition on clergy having sex outside marriage, particularly within the congregation.  Thus the Emerson Avenger had plenty of material for attacks and started a blog, the modern way to get and keep attention.  He defeated all attempts to shut him down or shoo him away.  I gave it a little try.

Our whole culture, the whole world's culture, is struggling -- sometimes murderously -- to understand.  Holidays and heart-shaped jewelry thrive on all this.  But the underside is very dark, violent, and lethal.  Much of biology is like that.

Labels: Dark of it