THE SADDER BUT WISER TOWN 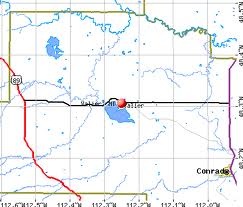 I was trying to find some way to get people to think about the service area around Valier, the families and businesses who are really the source of the town, the justification of it, who the people are who buy their groceries, do banking, mail letters, and so on.  Finally it dawned on me that I could go to the postal ZIP code, the telephone prefix, the school bus routes, and the irrigation canals for maps.  I’m in the early stages of acquiring these, but already it’s revealing.  Here are two I’m looking at so far:

About 15% of people did not graduate from high school.  About 25% have at least a bachelor’s degree.  (I expect most of them are teachers or nurses, so likely mostly women.)   There are 32 students from this ZIP who are attending private undergrad colleges.  No separate figures for the town of Valier or for those attending Montana universities.  I suspect that most of the college students are from ranches, which is where the wealth of the community resides.  You could probably run into their moms in the quite elegant gift section at DeVoes.

5.6% have graduate or professional degrees.  They’re probably engineers or architects and the lone veterinarian.  There are no facilities except the clinic where Shelby doctors visit weekly, no resident ministers, and maybe one lawyer.  (There used to be one in Pendroy.)  UNLESS one includes the southern reservation where Heart Butte has a resident doctor.   She lived in Valier for a while.  I think the ministers there are mostly “inspired” which means no college is necessary.  The priest would be college-educated. 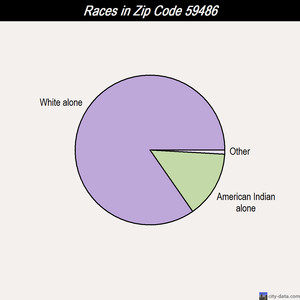 I don’t know what it does to these figures to include Hutterite colonies or Indians whose land is in trust.  Land in trust is not taxed, but land that is patented and owned is, except not by the state on the reservation.  There are actually lots in Valier that are in trust with the US Government.  I’m told that Pondera County owns half the lots in Valier, but I don’t know how much of that is due to taxes not paid.  They do have an MDOT yard in town and, I think, a gravel pit.

Women outnumber men, as is common.  Ten women had given birth in the counted year -- none of them were married.  25 households received SNAP food stamps.  495 did not.  No gay or lesbian households were detected.  Disclosing that status would seem risky here, though I know there are some younger people who self-identify as gay, and -- as every place on this planet -- there are MSM.  (Men who occasionally have sex with men but insist they are not gay.)  Probably not a good idea to get too curious. Lakes and reservoirs listed are Stetler Lakes, Howes Lakes, Heron Lake, Fish Lake, Hidden Lake, Deep Lake, Abbot Lake and Round Lake.  I do not know why Lake Frances is not listed.  Creeks in the ZIP include Birch, Blacktail, Scoffin, Sheep, Dupuyer, Fish, Phillips.  When I have time, I’ll look up each of these bodies of water on my Montana Topo Map, which gives much more info than the highway maps people generally use. 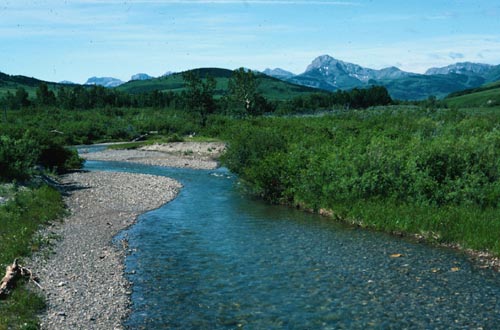 An unusual feature is the number of Hutterite colonies:  Kingsbury, Birch Creek, and New Miami.  Each has its own infrastructure with self-contained water and sewer.  It appears Valier is not alone in struggling to meet state standards for wells and lagoons.  They are heavy users of the Valier library because the Conrad library made them uncomfortable and because of the lively atmosphere and cooperation provided by the Valier librarian, esp for kids.  The library must have a copy of every Christian colony romance in existence!  Of course, when Hutterites come to town, they spend money. 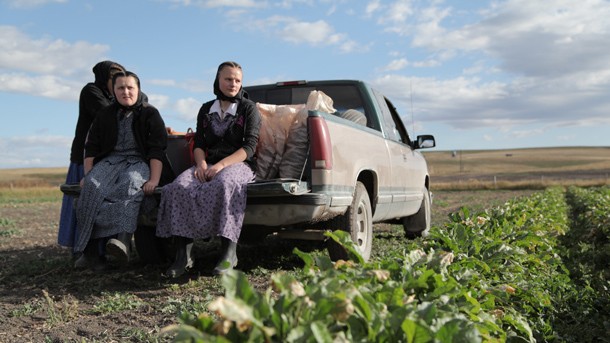 In fact, one of the first things I see is that the Valier service area reaches more to the north than to the south where it abuts Conrad's services.  Heart Butte and the south rez people drive here for gas, café, bread and milk, and church.  Professional people, including Native American teachers who are serving Heart Butte, often live in Valier.  When I taught there, I drove to Valier every Sunday that the roads were passable in order to buy the Sunday paper and maybe have lunch.  There is an invisible line across the reservation that only long-time residents are aware of but that has a lot of social reality.  Evidently it has to do with the history of the location of the Indian Agency when allocations were made and relates to who was considered “progressive” and who was “old-timey”.  The line is not on any map but since Blacktail Creek, where the Pepion allotment runs along Highway 89, is in 59486, that is a sign of being in our service area.  Eloise Cobell, whose maiden name was Pepion, lived there before her death, on the original allotment to Politte Pepion.   Her husband, Turk Cobell, still lives there. 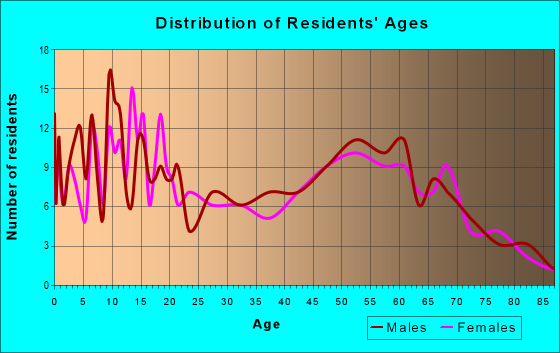 There are 53 people who are foreign born, but most of them are Canadians.  I don’t think they are perceived as “foreign.”  Since the bulk of the original residents of Valier were transplanted en masse (with the help of their priest and the Conrads) from their original location in Belgium and since many of them farmed and ranched as far as “Belgian hill” which is roughly where Highway 44 meets I-15 and the ridge that is the location of most of the transmitters of television and other microwave services, then that’s part of our service area.  The old Belgian church is out that way and its graveyard has many familiar names in it. 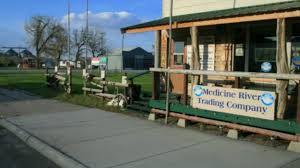 If there is a theme to all this, it is that appearances are deceiving.  Someone remarked to me that it must be nice to live in Valier because it is so “pretty.”  They had never driven up and down the streets -- only a few times out to the lake campground.  When I began to talk about infrastructure, they changed the subject.  Valier people are very worried about how they "look" to others.  Several of my blog followers have gotten hooked on promotion and expansion as the answer and could not be talked out of it.  This is also the mindset of many locals whose mental picture is a small middle-class town that should maintain a white picket fence except higher -- in short, we’re back to Mayberry RFD, except that each demographic would increase its own people and priorities while conveniently blanking the others.  I think this is close to a universal short-sightedness among all humans.  Not all growth comes from being bigger.  Sometimes it’s a matter of complexifying, growing more sophisticated.