THE SOURCE AND SUSTENANCE OF VALIER 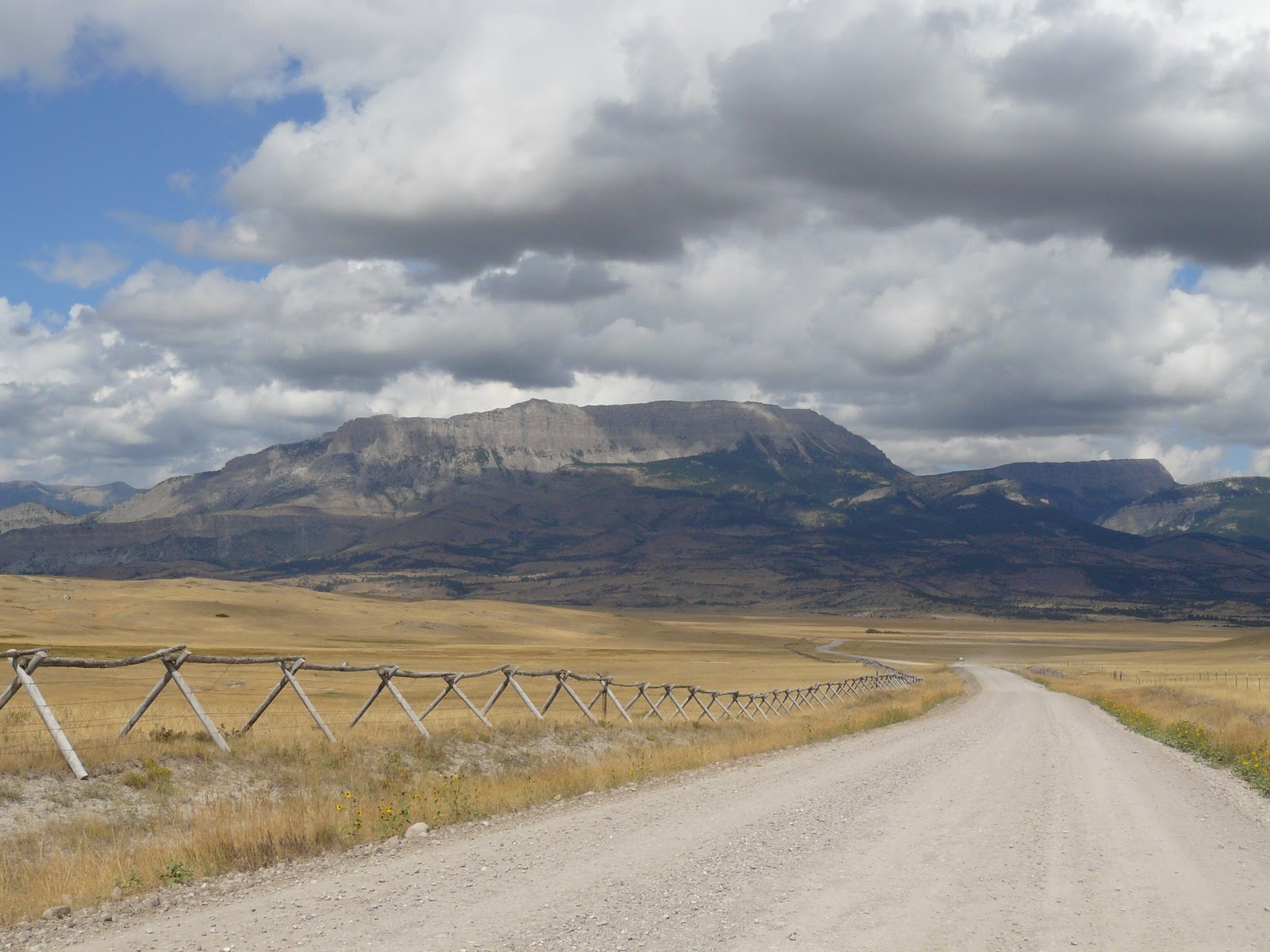 In this country the economic base is capitalism.  Land IS capital.  The value of ag land depends on crops and crops depend upon water.  The right to the use of water is also an asset that can be recorded and manipulated in the form of bookkeeping and a system of law.

Valier was created by the forebears of the Pondera County Canal and Reservoir Company and is sustained by the PCCRC -- not tourism, camping, pretty yards, or dust-free streets.  Not even lack of chickens.  Nor does history as the open-range ranch originally claimed by the Conrad Brothers have much to do with today’s prospects, though it’s the most romantic story -- save for the little-known history of those dynamic teenaged brothers during the War Between the States.  (See April 28, 2005 on this blog.) 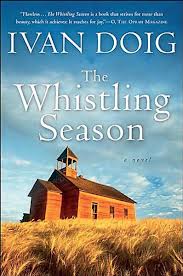 Ivan Doig's novel about the boom of building Swift Dam.

Natural resources create settlement and value in several ways:  first the actual value of the resource (in this case water);  second, the value of the created structures and the value of the labor necessary to extract the resource and manage it to delivery (which creates a boom); third, the value of the services -- materials, machines -- necessary; and finally the value of goods needed to create and sustain households.  Valier was created in two ways: the boom accompanying the construction of the dams, reservoirs, and canals; and -- what continues today -- the long commerce resulting from homesteading that used the water.  The water is used three ways: for crops, for livestock, and for human habitations.  Small town businesses are derived from these primary values.  This also applies to developing wind and oil. 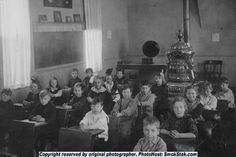 I went down to the Canal Company to look at maps.  The big main one of “everything” is under glass on the wall.  It reveals the following:

1.  The New Miami Hutterite Colony, which can be seen at night across Lake Frances, if you know which lights to look for, is NOT a shareholder, though it’s the nearest to the lake.  Their main operation is swine.  Their sewage lagoon once broke, flowing into Lake Frances.  (Many jokes.)  Birch Creek Colony and Kingsbury Colony have historical relationships to PCCRC, partly because the colonies bought ranches with pre-existing water rights. Midway Colony, and Pondera Colony are also in the county. 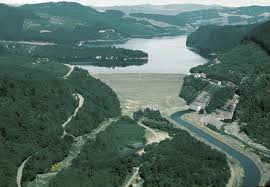 2.  There are three dams:  Swift Dam which is the historical key to the irrigation system, and the two dams at the opposite ends of Lake Frances, one of them by the Lighthouse Restaurant.  Swift was originally earthen but after the flood destroyed it, the dam was rebuilt as concrete.   Leading out of Swift Dam are two major branches, one that goes out northeast along the Two Medicine River and one that goes out southeast much farther south, towards Conrad.  This latter is “Canal B” which is in litigation, challenged by the Curry ranch.

3.  Surprisingly, to the east and south of Valier there are few “shareholders,” meaning irrigators.  One big cluster of irrigators is along Birch Creek north of Valier and out towards Cut Bank.  The other big cluster surrounds Conrad.  It might be that higher ground prevents water from flowing that way, or it might be that the land was not part of the Conrad holdings which were the origin of the Pondera Canal Company.  It may be that most of the unirrigated land went into CRP and so remains unirrigated.

4.  The irrigation systems vary a lot once they leave the main canals, mostly responding to the shape and size of the owned plot.  Long skinny plots can’t use pivot sprinklers.  Some are better suited to flood irrigation.  Others use some other kind of system, like a web of ditches.  This makes an interesting map of interlocking squares and circles (pivot sprinklers).  To the east the map extends past I-15 to the next section road.

This bear was headed for the Lighthouse restaurant.

5.  There are 7 “ditch riders” who are responsible for monitoring and maintaining their "reaches".  Originally they rode on horseback, but now go out in pickups and ATV’s.  It probably won’t be long until they are at least partly replaced by drones overflying the ditches, but there will always be times when a person is the only option.  As a joke, a wandering grizzly cub is listed as a ditch rider!  His photo is there with those of the humans.

There are at least four major issues facing this company and therefore impacting Valier: 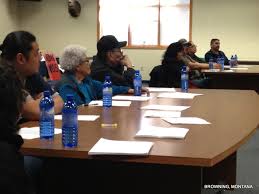 I.  The Blackfeet Compact

In Montana water claims are based on the headwaters and earliest use.  The Blackfeet Reservation is the location of Swift Dam which impounds the main irrigation water for the company.  The tribe has not in the past asserted their right to the water, but now they do.  They have the money for irrigation and the intent to develop as would not have been historically possible.  This will seriously diminish the water available for the Company.   Rep. Rob Cook and Sen. Llew Jones secured 14 million dollars in funding through the Montana legislature to help mitigate impacts of the Blackfeet Compact on PCCRC.   Current tribal conflict and the split tribal council means that this compact may be endangered.  PCCRC's Board and their representatives will be closely watching and working with the delegation as the Compact is introduced and moves through Congress.  So will the Blackfeet.

The Blackfeet attitude is affected by the 1964 breach of Swift Dam.   The original dam at this location was constructed around 1910, with a height of 157 feet.  There was little or no legal process.  The Conrads were not in the habit of asking permission.  This structure gave way on June 10, 1964, after heavy rains caused flooding on Birch Creek. The dam collapsed and sent a 30-foot wall of water down the creek bed. The nearby dam at Lower Two Medicine Lake also failed, and at least 28 people were killed.  I have never heard of lawsuits or insurance claims in spite of these deaths and the immense loss of property.  At the time of the flood (I was here) there were rumors about failure to maintain properly.  Lately there has been interest by student film makers about the tragedy, but not the technicalities.  Fiction writers like Sid Gustafson also address this event.

The current concrete-arch structure was completed in 1967, with a height of 205 feet, and a length at its crest of 573 feet. The reservoir is also contained by a secondary earthen dike with a height of 53 feet and a length of 457 feet, also completed in 1967. The dams and reservoir are owned and operated by the local Pondera Canal and Reservoir Company.  You can monitor the operational dials and switches on their website.
Swift Reservoir has a maximum storage capacity of 34,000 acre-feet and normal storage of 30,000 acre-feet.  Recreation is restricted to hiking in the area, with a parking area that requires Blackfeet Nation permission.  One would also need a tribal fishing permit. 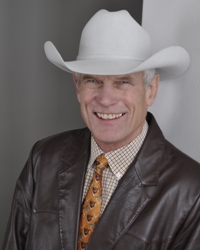 II.  Curry legal challenge
http://ponderacanalcompany.com/wp-content/uploads/2010/05/legal.pdf
This is a combination of challenges that go back to the original allotment, follows through various transactions, and is affected by historical use.  Curry owns land west of Valier in an area known as the Birch Creek Flats. Curry acquired the land beginning in 1988 when he purchased property referred to at the hearing as the Keil property. The Keil property is locally known as the Carroll property as well. In 1989 and 1990, Curry purchased adjacent land known locally as the Ryan property or Crawford property.
In short the Curry “ranch” -- which includes a feedlot at the edge of Valier and the Valier gas station/liquor store/C-store -- is claiming that they are being shorted on water to which they are entitled.  The case is in “water court” and is decided by a “water master.”  This case is an interesting illustration of how the “capital” of land ownership can be leveraged by pushing for a larger share of water and by investing in local business.  Cheryl Curry attends many town council meetings. 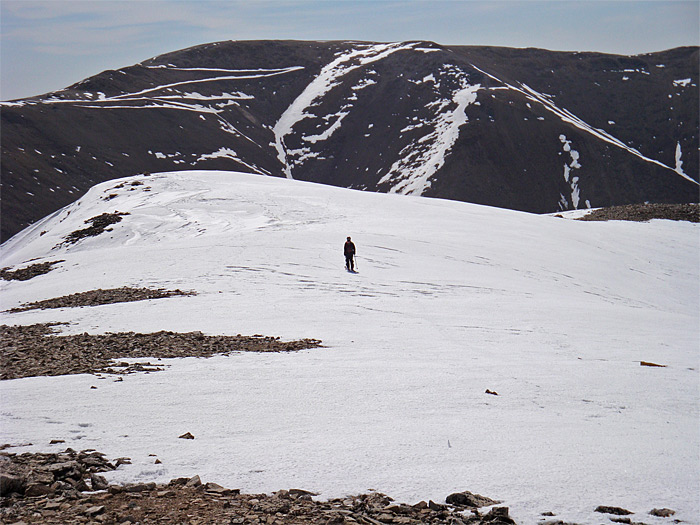 III.  Global weather change
The ultimate source of the real value of the Pondera Canal Company is the snowpack on the east side of the Rocky Mountains.  Every year there is less of it.  This is partly because of changing patterns in the high airstreams and partly because warmer weather means more water falls as rain and runs off instead of storing as snowpack.  A few years ago people here flatly denied there was any such thing.  Now they just get quiet.  As much outspoken emotion is expressed about these issues, there is even more contained by denial, unseen but powerful. 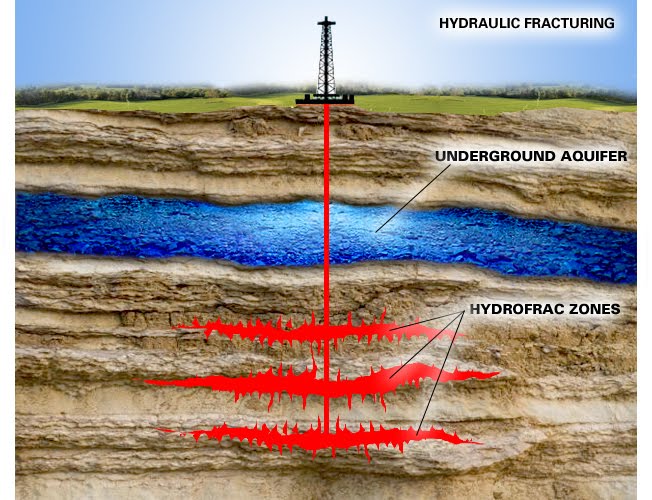 IV.  Frakking
If priming or waste water were to contaminate the aquifer from which Valier draws its well water, it would be a disaster.  But if the wastewater were to somehow enter the canal system, it could be a crop killer, possibly making the land unusable.  That’s a stretch, but stranger things have happened.

Emotional factors from history enter into these geological factors.  Plans were repeatedly made and funded for irrigation on the reservation but never came to fruition though canals were dug by Blackfeet, often by hand with a wife working alongside her husband, and sometimes compelled by an agent who would not issue food commodities unless the people worked.  (See the Foley Report.)  This is part of the successful lawsuit against the US for negligent and predatory management of the assets of the Blackfeet people.  Part of the reason for the tribe's poverty is failure to develop their land with effective irrigation.

As it turns out, there is another fascinating but overlooked story about the origins of PCCRC irrigation rights which I’ll address in another post.  It’s about an Indian agent who went native, the ever-resourceful Joe Kipp, and Robare, the wicked little town destroyed by the ’64 flood.  No Conrads were present.  Valier did not yet exist.