Among a scramble of attempts to figure out how we think, much of the focus is on consciousness, even though we know it arises from the other 99% of our protein code.  We want it all to be special, unique, self-confirming, but the truth is that even one percent of a bazillion little interactions that run a mammal body, that's still a whole heckuva lot of things to go wrong. 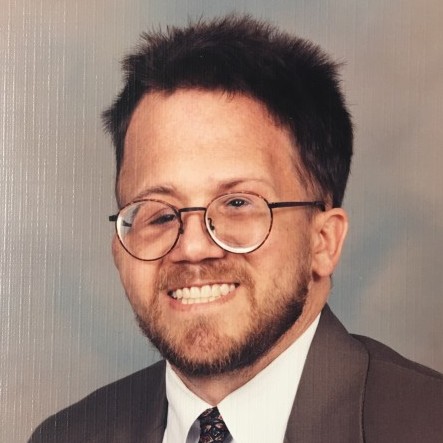 Stanley McCormick (1874-1947), started out to be a handsome, intelligent leader at an Ivy League college, but at about the age a brain is meant to be mature, it went wacky, sort of like having a frontal lobotomy.  It might have been a stroke, a parasite, or genetics.  He had inherited an immense fortune from his father who had designed the plans for the McCormick Reaper, a machine he developed from precursors and marketed cleverly. 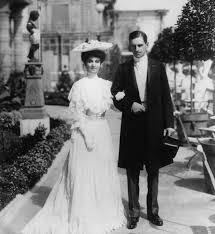 Stanley's wife from before his affliction was also beautiful, intelligent and well-educated in the field of biology.  She specialized in studying hormones and was partly motivated by the belief that that was what was the matter with Stanley.  Whether or not that was true, and since his caretakers (he required constant care) only knew one hormone -- testosterone/sex -- their position was that he was now a sex maniac and would attack all women.  They were convincing enough to get the wife excluded from his presence, but not quite enough to get the money away from her.  She used some of it for the development of the birth control pill.  The link between eugenics and insanity is alive here, as well as the quarrelling over the quality of families that preoccupied my mother's generation.

Stanley had a sister with the same kind of disorder, though I couldn't find a photo.  She was also kept sequestered in luxury, but in a different place.  She never married.  The mother of these children and others had been an adopted orphan, so possibly she was carrying something that had destroyed her parents.  Cyrus McCormick himself married late, so maybe his sperm were defective from old age.  Possibly drinking was involved and this was fetal alcohol syndrome.  Or opium addiction.  Or just the prejudices of poorly informed but attention-seeking medical people.  The novel about the situation, "Riven Rock", is too sensational to be helpful.

Our understanding of brains is much farther along.  So far I've not found an illustration in real people in modern times.  We know that the brain works by "connectomes" which computers can model in color.  These are circuits, connected loops assigned to different subjects.  Here's the jargon:  "neural circuitry underlying emotional processing across a range of tasks and across psychiatric disorders  through a transdiagnosis quantitative meta-analysis of publishing data."

Some of the circuits were named.  I found these on Wikipedia where the author is unnamed.:

The salience network is a collection of regions of the brain that select which stimuli are deserving of our attention. The network has key nodes in the insular cortex and is critical for detecting behaviorally relevant stimuli and for coordinating the brain's neural resources in response to these stimuli.
(The insular cortex (also insula and insular lobe) is a portion of the cerebral cortex folded deep within the lateral sulcus (the fissure separating the temporal lobe from the parietal and frontal lobes) within each hemisphere of the mammalian brain.)

The ventral/striatal orbitofrontal "nonreward" network
Schizophrenia is a psychiatric disorder that is associated with impaired functioning of the fronto-striatal network, in particular during reward processing. .

Circuits may also be connected to specific organs and their functions, but though there are a lot of circuits (enormous numbers), they seem to be more specialized in terms of processing than in thought content. The article below lists specifics.  These kinds of physiological. anatomical, electrochemical studies justify the separation of "psychiatry" from "psychology,"  though the experiments of the latter asking for perception and behavior by subjects, often frame concepts for medical investigation.

No one ever found out for sure what Stanley thought, what he was conscious of.  He did seem to attack women but no one is sure why except in terms of being a sex maniac, which was a uni-concept itself.  Surely there must be more than one kind of "sex maniac."  And maybe that's not what his problem was.

Recently, facing the accusation that everything is based on the genome of the white European male with bad results for other categories, a genomic study was made of schizophrenia in Africa.  The thought is that the group of disorders in the category are in fact multiples interacting rather than one-on-one.  Also, the focus is on synapses, the tiny gaps between neurons, rather than in the neurons themselves.  The study of Africans did not find that schizophrenia and its associated mutations were much different from those in Euro populations, except that there was more variety and that the genome was much older.

Like Trump's mother, Stanley, and myself, the immediate locus of the gene carriers were Scots/Irish who seem to be particularly vulnerable to schizo mutations, though no one would dare say so in a loud voice.  But as Trump's deterioration becomes more obvious, we are bound to eventually wonder about those acid-soaked British islands and what they can do to the synapses of circuits.  Anyway, it all sounds so much more "scientific" than saying his brain is twisted and therefore so is he.  I figure that staying high and dry on the Montana prairie has saved me.
Posted by Mary Strachan Scriver at 10:16 AM