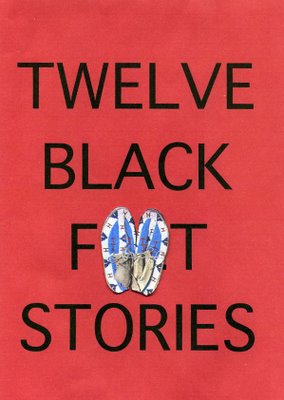 NOT YOUR USUAL MYTHS AND LEGENDS!!

Dogwoman (1742 - 1766)
An old woman protests that dogs were good enough for the ancestors -- who needs horses?

Two Medicine (1792 - 1821)
A young two-spirited man falls in love with a little blonde priest, thinking he is also a man in a dress.

Horse Healer (1821 - 1841)
A woman warrior is captured and taken over the Continental Divide.

Horizon (1843 - 1859)
An exploring Indian goes back East and is mistaken for an insane person.

Gay Paree (1924 - 1953)
Three Blackfeet soldiers, very different from each other, accidentally meet in Paris at the end of WWII.

Basketball Warrior (1953 - 1969)
A young athlete goes off to fight at Wounded Knee but never makes it.

The Sun Comes Up (1992 - now)
A female Blackfeet Fish & Game warden picks up a Blackfeet man (who has never seen the reservation) plus the bones of the ancestors so that both can come home.

“Mary Scriver is an unruly fireball of writing talent -- full of horsepower, information, soul, brains, and juice.” MICHAEL B.
Posted by Mary Strachan Scriver at 11:24 AM

I love your cover, Mary. Very striking. What I would ask: just where could you have found the inspiration to write about "A female Blackfeet Fish & Game warden...." I'll check our local book markets, then turn to the internet, if required. Thanks for the writeup.
Cop Car

Female Blackfeet Fish & Game wardens walk the streets of Browning, capital of the BLackfeet Reservation. Almost all of these main characters were inspired by people I've known over the years since 1961, although the last "cut nose woman" died just before I got here.