BOTTOM LINE ON RITUAL FOR COMPASSION

The last section of this chapter I've been working on all week is called "Regulating Autonomic State Through Passive Pathways".  It has turned out to be a lot more relevant than I expected.  The times are throwing us into uncertainty, fear and realistic danger.  We need to plan calmly and intelligently, but I for one have a hard time not to deflect off into impatience, rage and worry.  My original UU minister used to say to me, when I got off on a hobby horse, "Mary!  You must meditate!  MEDITATE!!"  He would make the sign for M with his fingers to emphasize.  Then we would both laugh because he was no more likely to ever meditate than I was.  But Dr. Porges would say it was good advice.

Nevertheless, what is offered here is a new approach to the performance of worship and the possibility of deep experience.  It's simple, biological, and doesn't depend on a "middle class" world view, which I'm coming to believe has failed us desperately.  In fact, it is the domination of the UU denomination by people who are or aspire to be "middle class" that has alienated me.  While talking compassion, it is patronizing, obtuse, and sometimes destructive.

So -- some specifics, summed up.

1.  Take care of the "passive" pathway to feeling safe by using sensory cues that can be sensed as justification to drop one's guard.  This is NOT emotional but biological.

2.  Activate the pathway that is calming according to the ventral vagal state, esp. rituals that control breathing and group movement or expression.

4.  "The emergent properties of contemplative practices include the capacity to experience and express compassion."  That means belonging and harmony.

The reality is that some people will find this stuff too damned effing inactive and boring and will say so in this kind of vivid language.  They want large muscle action and passionate emotion -- anything less will not feel like "religion."  For decades we've been splitting between those who feel that life should be fair and beautiful, and those who believe life is a struggle and evil must be opposed in order to survive, therefore calling for Crusades.

The media, which operates by creating two sides and then smashing them against each other as colorfully as possible, has exploited this.  This force tendency has helped to polarize the nation between those who believe life is a matter of being kind, supportive, "nice", fair and all those other liberal flags -- and those who feel that the spoils (which are crucial) only go to those who are violent, confrontive, and dominant.  The idea seems to hinge on the necessity of choosing one or the other in a desperate gamble for survival.  On reflection this looks like a construct rather than a reality.

I think of war.  In the past and in much of the world today it is still physical, man-on-man, hand weapons or maybe projectiles that destroy both sides.  But for industrial countries modern war can be cool, distant, a matter of planning and surveillance from a satellite so as to send an unmanned drone to explode anyone present in order to get a few opponents.  The reality of flesh torn apart is left for some intrepid journalist to put on the news.

Dr. Porges' minute description of how bodies work -- when the conditions are safe -- and can network with others is how we build the future.  It is invaluable and I love it, the logic and sensibility of it.  Many people feel this is the goal and method of institutional religion or even individual faith.  Others go to the opposite extreme, wanting passion and Braveheart going over the wall with flags and warpaint.  We see this split in our two remaining candidates for President.

Alternatively, I choose the "both/and", a phrase invented to mock Kant's "either/or" which was an attempt to force a choice between two alternatives like whether or not one believes in God -- begging the question of what is or is not being believed in.  Both/and is intended to create a spectrum of interactions between two extreme possibilities, like Dems or Repubs, or Russian authoritarianism vs. US democracy.

There are more than two dimensions in life.  The terms of the choice are entirely swept away when a larger dimension like a pandemic arrives.  It appears that the risk is greater for old white men who drink and have bad hearts and whose style is tipped towards profit and control, mostly Repubs.  (With the exception of Sanders.)  Climate change also means a sweeping shakeup in the terms of survival.  A rogue virus or a rising sea level demands BOTH the cool that comes from the seeking of safe places, balanced thought from compassionate people, AND the passionate commitment to grueling tasks, sometimes violent.

Surely there are mechanisms embedded in our bodies that can also respond to demands passionately, even disregarding the costs to others.  But isn't that the HPA axis that exists to confront emergencies?  "The hypothalamic pituitary adrenal HPA axis is our central stress response system. The HPA axis is an eloquent and very-dynamic intertwining of the central nervous system and endocrine system. ... The HPA axis is responsible for the neuroendocrine adaptation component of the stress response."  (wiki)

Both the HPA axis and Porges' polyvagal system mesh the central nervous system with the endocrine system as demanded by circumstances.  There needs to be a balance between the two systems, so that times of calm safety allow recovery from stress and threats.  What I'm after in my attempt to understand how a sense of the sacred or holy can be part of one's life is to figure out how to understand which "axis" or strategy is right for the situation and how to manage one's body both in-skin through focus and out-skin through interaction with others.

At present we tend to hurl ourselves at one alternative or the other, when it would be possible to moving from calm to total arousal in a more measured and effective way.  Even better, we might find new potentials, which is key to evolution.
_______________

You already know that I'm a fan of Laurence Fox, or rather his fictional character in "Lewis," named "Hathaway."   But there is overlap. "The hypocrisies of left-wing luvviedom" (how I love that phrase!) describes the phenomenon of sweet young women acting like incel ruffians by demanding their point of view.  Fox got in trouble over it -- enough to have to go to court.  It is a perversion of encouragement to be safe and to feel compassion, changing the pattern into one of privilege that stoops to pity.


"Laurence Fox's victory is a blow against the hypocrisies of left-wing luvviedom"  Headline from "The Sun" newspaper.  Fox reacted to the "woke" movement that has tried to force everyone to see the world their way: that men are bullies, racist, poisoned by testoterone, etc.  Fox tried to point out that when young women in particular insist on their point of view, it is a kind of gender racism.  Racism is not based on protecting victims, but rather on using race or gender or some other single characteristic as the overriding guide to virtue.  What he called "wokeism"  ("left-wing luvviedom") to the point of racism leads him to say he avoids women under 35.  I avoid them as well, but I don't think they care about me.  They want to own Fox.  It would be a mistake for them to use Dr. Porges' research to legitimate their domination. 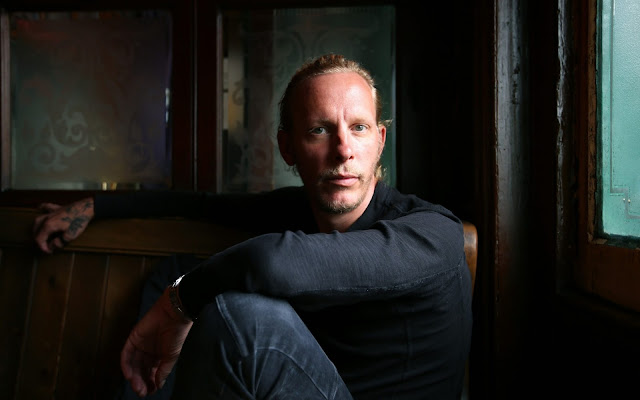 Posted by Mary Strachan Scriver at 12:12 AM