WHAT YOU CAN'T PREACH FROM A PULPIT

The "book" I've been working on probably had best begin with a principle:
Science is always changing and forces changes to the culture.  it is particularly obvious among the indigenous cultures that the "science" that defined them and controlled the legalities of taking their land was never true except in the centuries they happened.  What the Euros thought land "was" and what the people "are" was developed in Europe.  It was Cartesian, mercantile, and empire-driven.  The "reform" in the 20th century was to redefine the tribes as corporations and make shareholders of the People.

The cutting edge science and the changes it demands of theology is so different and frightening that it cannot be preached from pulpits.  On the other hand, the Smithsonian and National Geographic images are so seductive that no one believes in most previous theologies or even philosophies, which are what you get if you leave out the God/Theos.  Damasio suggests that cultures that explain death and suffering without having to fight old-fashioned theologies based on punishment are welcome and needed.

The first thing that Euro-descended people have to get past is the idea of personal eternal life, which is almost but not quite the idea that nothing should change, an idea popular with those who have it good.  So any new cultural trope will have to say:  change is inevitable, neither good nor bad.

The key to the anthropology of the future is thus:  if you don't feel good, change yourself; if you can't manage that, change your environment; if that's not possible, light out for the territories and find a better place to be.

The second thing that Euro-descended people have to get past is that they are unique and that no one else in the larger population as a whole or your demographic in the specific is like "you."  This is wrong in some ways and right in others, but major shifts in the beliefs of huge numbers of people or maybe in the whole planet's population or maybe in just your county will have some bearing on what to do or believe.  Know what that is and figure out how you fit or don't fit.

"Species" are a process.  We come in one end, the beginning, as primates and go out the other end, later, as something we can't imagine yet.  Probably we can adapt to radical climate change up to the point where our solution cuts us off from change, like an addict who is trapped in dependence on a chemical, but so shackled to the substance that it's impossible to imagine an alternative.  Of course, we are dependent on oxygen and without it, we die.  For a while we can probably depend on a gas supply of it, like being in a hospital on an inhalator.  Until you can't afford it or the supply runs out.  That is, we are designed to live inside the banks of homeostasis as it has already evolved, but we can do temporary fixes.

A successful "religion" is an institution that makes the homeostasis banks of the culture clear and attractive for a whole group of people, so that they help each other remember who they are and help prevent the violation of the limits.  Institutional religion can't work if people are too various, too different from each other to be a stabilizer.  Even resorting to principles rather than rules -- which works as a moral strategy sometimes -- is likely to have problems and breaches.  If the institution-defining strategy is too different from the general culture, it is likely to have troubles, even attacks by the majority military, actual genocide.

One trouble with genocides is that no human categories have sharp boundaries except that every human has a skin and what is in that skin represents but is not identical to what is outside that skin, particularly anything cultural which is merely thought and habit anyway.  Between black and white is a spectrum of colors so that in the middle people can "pass" either way.  These days physical sex and and the many gender roles move back and forth.  Nations, religions and other institutions try to keep people inside their own boundaries without being able to -- anyway the boundaries change all the time.  So the person you try to kill one time may be the one you crown in another situation.  The skin itself becomes a shorthand indicator to who might be inside it. 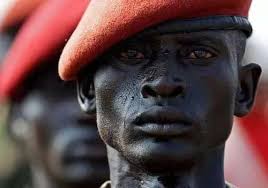 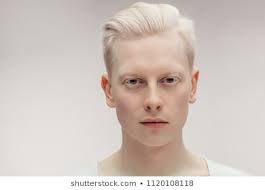 Notice how easy it is to choose a Black image that is powerful
and a White image that is innocent.
But the biology of trying to keep like with like goes very deep and in some ways is based on maintaining a binary.  In or out, right or wrong.  Distinctions between a little bit one way or the other by appearance is biologically deep in us, preceding the ability to distinguish people by their attitudes towards life and instead depending on the equivalent of lapel pins.  The assumption is that of limited resources: there is not enough to go around.  We try to predict who will be eliminated.

If indeed there is not enough to go around, then it is time to think of other possible resources:  windmills instead of coal mines.  Or how to displace the need.  Or how to share.  Humans can do this.  Panda bears cannot.  Their only hope is to get humans to love them enough to provide their environment, the way women used to do and children still depend upon.

Loving is sensory, the feel of things, the look of things, and so on.  Math and hard science people can seem to deny their senses, looking for what cannot be perceived and therefore cannot be loved, because love is taken to be distorting, desiring, not letting things be themselves.  This is another mistake.  It is the "felt" world that gets through our skins to our brains so they compose a virtual story of what it's all about.  That story is "religious" but not necessarily institutional.  We say "spiritual" which muddles definitions.

Much of the success of former times depends on limiting the horizon of what is known.  This was once geographical.  As my mother used to say, not meaning it to be a compliment, "they live in the valley and pool their ignorance."  If they go off to college, they will have "gone over the mountain" and realize there are many mountains, many ways of getting up and down them.  They'll never be the same as they were, nor will they be the same as the culture they left behind, particularly if it refuses to change.

Posted by Mary Strachan Scriver at 11:06 AM