"THE FUTURE IS FLUID FORM" by Ord Elliott 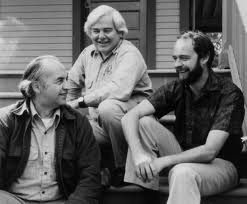 “The Future is Fluid Form:  Practical Steps for Designing Flat, Flexible Organizations” by Ord Elliott interested me greatly because I met Ord at PNWD-UU Leadership School, a phenomenon devised by the Rev. Peter Raible, Rod Stewart, and himself with the support and help of the Rev. Alan Deale and a few others.  That was in the Seventies -- forty years ago -- so many of the vivid characters are either dead, retired, or (alas) disgraced.  Still, it was a thought exercise and intense experience that has stayed with me.  At the time it was strong enough to carry me into the UU ministry -- and then on out the other side, which I didn’t understand.  What happened?  I’m just going to quote directly from Ord’s book:

“The recipe for their cultural stew included liberal social action with protestant tradition plus a sprinkle of Zen Buddhism and an appreciation of other world religions.  Despite their openness to different religious persepctives, their world view was not particularly open to anyone who did not share their own. . .

“Truth be told, I liked their rebellious edge -- it smacked of the spirit behind that famous bumper sticker, “Question Authority.”  They harbored an undercurrent of distrust of hierarchy or organization that might emit the smallest trace of infringing on individual rights or of oppressing any disadvantaged group.”

Ord worked with us and over the week of the school, through struggling with tasks, sharing stories, and making discoveries -- all much assisted by that powerful drug “fatigue” -- we all felt that our “network of regions that managed collaboratively with little or no hierachy at all” was validated.  It was a gorgeous location on the Pacific Coast (Fort Worden, WA) where our tendency towards nature mysticism tipped us over into ecstasy. 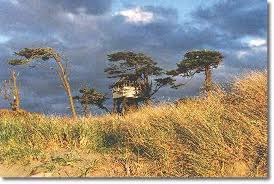 The reputation of the school was good enough that Ord was invited to work with the “top” that wasn’t supposed to exist, the Boston-based circle of powerful ministers and a few equally powerful laypeople.  They looked down on him as a “suit,” which he understood, but after his exercises and diagrams, which they only tolerated, they insisted on breaking into their regular ongoing committees.

“Reluctantly, I cross over into what turned out to be the secret of their organization, the power source of the whole shebang.  . . “The Committee on Committees.”  “It’s sole function was to name committees and assign members to them. . .They acted as if they had the authority of a high level executive team, but they did not plan, set direction, or promulgate initiatives.  There was no adjudication of differences, no identification and prioritization of issues, no interventions into the workings of other committees. . .  it was, by design, hosting endless conversations about issues without ever taking action. . . confirming to themselves that conversation about what to do is a more elegant way of being in community than the actual doing itself.”

Wow.  Name the dragon.  I did a little workshop in my Saskatoon congregation, which at that point was a collection of committees and special interests (including me, who discovered that no one but me was interested in aborigines).  The goal was to write a mission statement but because like so many small U (the Canadian Universalists refused to merge with the Unitarians) congregations, they were a collection of liberal oddballs held together by their negative opinion of the majority world. “Mission mist” helped them coexist in their usual mode as an aggregation of porcupines.  Finally Ann Coxworth (who always reminded me of Jane Goodall) suggested the phrase:  “to receive the universe gratefully and return what we can as well as we can.”  (Something like that.)  Quickly I printed it out on the newsprint and declared it the winner.  End of session.  The resentment that ensued was part of the reason I left.  Poor Ann had to stay.

The original formation of the Unitarians and Universalists was under stigma pressure from the larger Calvinist community but also in those beginning years there had been a cultural shift that provided a rallying point:  Asian transcendentalist and scientific rationalist ideas about a welling-up sacrality in the world: Emerson’s Oversoul. As pressure from the world lessened and the central understanding weakened, mission drift began.  By the time I entered ministry, the mission was simply to get bigger and raise more money as a matter of competition with other denominations and social status.

The rational scientists began to chafe against the “emotional” spirituality, the social action people resented all that prayer, the liberal congregations broke open on the rocks of Black racism and anti-Vietnam peace, and the only goal in common -- as so often happens -- was simply preserving the institution, meaning all the jobs and the status quo.  The cruelest irony was all the innocent and vulnerable people who had thought they could avoid the world by becoming ministers and then discovered the world-in-spades in the board room, the Committee on Committees: worse, the Fellowship Committee.

Ord uses as his chapter headings quotes from “Comanches: The Destruction of a People” by T. R. Fehrenbach (1974).  I don’t know much about Comanche but I know a LOT about Blackfeet.  Fehrenbach is a historian and a military man, so he’s talking about the basic mechanisms of war among horse-mounted plains people, which were largely the strategies of guerrillas.  There are more than a few these days who find guerrilla strategy the only way to get things done, even if the mission is supposed to be doing good or locating the sacred.  Whether a guerrilla group is seen as terrorist or not depends on the point of view.  Guerrilla strategies arise out of a common mission and are as “flexible and flat --” to use Ord’s terms -- as any organization can get.  It is the opposite of an institution.  Once something is institutionalized, it has to have a “committee on committees” and the honest way to do that is to admit that it’s a control center which imposes hierarchy.

I don’t know about the Comanche, as I said, but the Blackfeet Tribal Council, which is deliberately and officially styled as the Board of Directors of a corporation, cannot even hold itself together, much less the tribe.  Bureaucracy paralysis abounds.  Even so, the clueless outsiders arrive and are soon converted into horses ridden by guerrillas demanding guns.  Some are religionists, many are educators, too many have a military interest disguised as citizen law-and-order (they looooove Homeland Security), and the money-suckers never left.

At the same time guerrilla action goes on.  My fav example is the woman seeing the street people slumped along the alley fence, going home to make a kettle of soup and bringing it to feed them.  Every bureaucratic intervention, including the shelter, had failed.  (It was there -- they just didn’t like it.)  The impulse is still in hearts and the original mission of community in order to survive is still there.  Those "street people" actually help each other.

What is not there is the original mission of the reservation and the reason for it which was the attempted genocide of a people whom some thought the rez would save and others thought the rez would destroy.  It has done both, shattering what was once a remnant population of 500 or so into an 8,000 person complex of communities and an 8,000 person diaspora.  The culture no longer exists, but then, neither does the culture that created the rez.  Our whole nation is shattered into a complex with no mission statement except to survive as an institution, no unifying force but greed and starting wars, which is the same thing.

Posted by Mary Strachan Scriver at 12:01 AM