When I was teaching in Browning or Heart Butte, I liked to do these little starter bits to hand out to the class.  They could continue on with them or start something new.  Once in a while it worked.  Other times they figured it was some kind of trick and balked.  But right now I thought I’d try some “morning” beginnings for fun.  I chose books about the same time periods to be illustrations.  If you want to go on with one of them, be my guest.
____________ 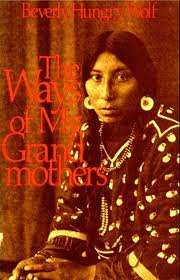 The day started early but the oldest and the youngest were already up.  Sun shone in the entry on the east side of the lodge because the calf hide was thrown back.  Not to let air in, because the sides of the lodgeskin were already rolled up to let the cool dawn breeze move through.  My little sister was curled against me but the baby was outside with grandmother.  I could hear him crowing while grandmother kicked up the fire and moved things around.  Puppies were yipping somewhere.

I’d been dreaming but I was too awake to remember, and yet I was still too sleepy to roll out and stand up.  I could smell the grass, the smoke as people threw wood on their fires, and then I heard the voice of the camp crier moving across the circle.  Now it really was time to get up.
_________ 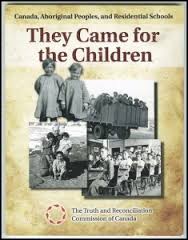 And it was between the Great Wars at a residential school . . .

The bed still felt strange, too high, and the smells were all wrong: harsh soap, starched sheets, indoor air that hadn’t been moving.  I could hear the Sisters in the hallway, arguing.  That meant the Mother Superior wasn’t making her rounds yet, probably indulging in another cup of coffee.  She didn’t seem to eat much -- none of us did -- but she drank a lot of hot weak coffee.  The rest of us drank tea.

I hadn’t been here long enough to get used to it.  The other girls assured me that I would, but I missed my family and my dog.  I’d been careful to see how we traveled and was already plotting how to slip away and walk back.  The problem was shoes.  These lace-up heeled shoes were too tight anyway, but they had taken my moccasins.  It would be easy to hide bread in my pockets.

The best part of the day was the first part: Mass.  I did love ceremonies of all sorts and the Sisters had a foot-pump organ.  The children who had been here a while had been taught to sing and though it was strange-sounding, I liked it.  I even hummed with it.  I would try to remember while I walked. 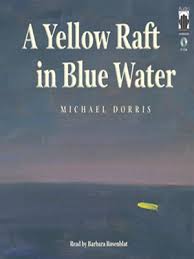 The radio alarm came on automatically with the weather and ag news.  It gave us barely enough time for clothes and a washrag on the face before school.  Grab toast on the way out.  Mom already dressed and starting the pickup to drive to her job in town.  The dogs and cats milling around under our feet, hoping to remind us they needed to be fed.  As soon as my mom had pulled out, we could smell our uncle’s reefers.  He’d stay up until the school bus picked us up, then go back to bed.  This was the longest he’d ever been unemployed.

I didn’t really wake up until I was by the window watching for our horses in the field by the road.  The sun came up slowly because there was a fog bank to the east.  My best friend got on the bus two stops later -- I saved the seat but anyway we all sat where we always sat.  We were excited because it was an assembly day so classes would be short. 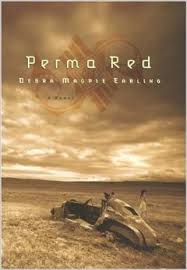 She tried not to wake up because it would just be another shit day.  The cardboard she’d put down to sleep on wasn’t enough to keep her hips from aching, but she was warm enough because there were people on either side of her.  Wait now.  Kika.  One was a dog.  Judging from the size and alcohol-sweat smell of the other one, it was a man.  Her mouth was bitter and fuzzy.  She smelled garbage and piss -- couldn’t escape either one in an alley.

Back into sleep.  There were birds flying and cat tails.  It was an old memory from when she had been on the rez.  They had told her the water birds flew far far far away and that the people used to make soft beds from cat tail fluff.  She heard the birds yelping.  Well, maybe it was only seagulls poking in the trash.  Or a car alarm somewhere.  The dog sensed she was awake and wagged its tail.  She reached an arm over it.  Maybe she could slip away before the man woke up.
______________

To do these, first you sit without writing and try to imagine, using all senses the way an actor might to become the character.  Then you pretend you ARE that person and reflect about what would naturally come next.

What interests me is that even in these short bits and even though there are just four entirely different historical periods and no narrative plot-line, they begin to suggest ideas for where to go with any of them or several of them or even the implications of all four.  The hard part is ALWAYS to get something down to work with and even harder than that is getting your brain “connectome” into the proper pattern for story telling -- if that’s what you’re going to do.  There’s no particular obligation to have a plot line.  Any of these four could be worked into a poem or an essay of some kind.  Maybe a character study.  A play. You could read them to an art class and see what they drew.  Or just draw.

It’s clear that I already had patterns in my own head about waking up, that thing about being in two worlds at once, the first light at dawn, who or what might be in the bed with you.  What noises would be made by those already up.  Then that suggests more.  What news would the camp crier have?  Would that man in the alley wake up mad?  How to slip away from the boarding school for the long walk home?  What that assembly might be about.

If you go through every day being observant, questioning, reading history and listening to the stories people tell, it’s easy to come up with ideas.  The hard part is keeping the focus and being tenacious.  I once saw a vid of a boy learning to do a backflip off a stone wall maybe three feet high.  He was landing on concrete -- it had to be painful, knocking the wind out of him.  If he didn’t land on his feet -- which he didn’t for about ten tries -- he’d lie there for a minute or so, then gather up and try it again.  Finally he succeeded and that was the end of the vid, but it was a major statement.

His neurons were saying,  “Didn’t quite push off hard enough.”  “Didn’t tuck in enough.”  Or other stuff like that, until they were all coordinated and so were the muscles.  The pain would kick in later.  He must have waked up bruised.  Writing is the same way, except it’s the ego that takes the bruises.  That can hurt more, heal more slowly.
__________ 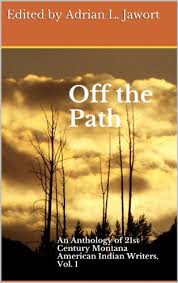 This battered old oak table with its round top had been part of her life a long time, so when they built the new ranch house, she insisted on a big east window in the kitchen where she could sit at her table in the warming sunshine to start the day.  In the still-unpacked boxes from the old house she'd found a slightly crushed old Valentine candy box full of ancient photos and was sorting them.

Upstairs she heard the noises of her six-year-old moving around.  She never had to be told to get up and would soon be down to have her hair braided.  Out across the yard trudged her eight-year-old with a bottle of lamb formula under each arm.  His grandfather had given him a couple of bummers to raise for a 4-H project.   His sister called him "MomBoy."  The lambs stuck their heads through the fence, bleating.   The dogs barked at them with no effect.

Then the mobile phone, set on vibrate because she hated loud noise in the morning, began to hum and slide around on the table top.  That would be her husband, due to fly back from a conference.  She smiled.  "I just found a picture of you as a toddler with your great-grandmother!"
Posted by Mary Strachan Scriver at 9:53 PM