SCHOOLS DO NOT TEACH HOW TO READ RHETORIC 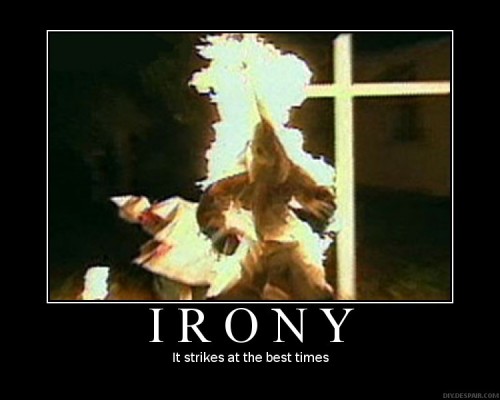 Some years ago -- triggered by 9/11 -- there was a flat statement that irony was dead.  The idea was clearly a troll that snagged popularity for the writer’s articles about the catastrophe-- the very event was full of ironies.  I won’t make a list because that’s not what this piece is about.  I’m talking about the general public’s inability to see what’s right in front of them, much less the layers underneath or the echoes reverberating overhead.  Most people didn’t have enough life experience or ability to apply analysis to written material in order to read beyond “face value” or media sensationalism.  It’s not the sort of thing that shows up on multiple choice answer sheets.

I once had a principal who could NOT understand why anyone would keep a fiction book.  “Once you know what happens, there’s nothing else.”  He thought history was only names and dates, battles and discoveries.  It is a heresy to say that women who read romance ebooks at the rate of one a day are not really reading.  Even if the writing is not skillful enough to reveal ironies, insights, political contexts, etc. one can always consider the book itself, how it was published, what it implies in terms of the lives of the readers, or even the moral cultural lessons.  “English” as a subject often triggers worry about “correctness” because of moral and class connotations.

In seminary I tried to understand what rhetoric was and never got a decent explanation, even from a professor of poetic rhetoric.  It means the choice and arrangement of the actual words in sentences, not about clarity and proper usage -- though that, too -- but more about the “grammar” of the whole arrangement of phrases, the sequencing of the steps in an argument or explanation, the writer’s awareness of the reader.  I’d been doing it, more or less, but blindly.  There was something blocking my ability to see it.  I think it was the same thing that causes people to accuse me of being “flip.”  A refusal of consistency.  Maybe a valuing of casual and even offensive language, so long as it’s meaningful. 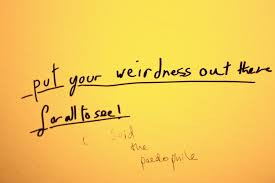 Rhetorics are are governed by attitudes and conventions.  I like to change my attitude, to look at the other side, to escape the conventions.  Often the conventional is meant to obscure the subject, to simplify or candy-coat or soften controversy.  It can imply there is only one legitimate way to think about or express something.  Using that way is obviously dishonest and often meant to defend ownership, like a particular ethnic or gender or disability-defined group insisting that they are the ONLY proper writers and that their point of view (which is assumed to be the ONLY version proper to the assorted people in that group) must suppress all others.  Ironically this is the opposite of the potential uses of rhetorical grammar.

Partly it's a misreading of a school of thought that was barely being defined by the fermenting literary and philosophical ideas of the Seventies.  Those thinkers, called post-structural or post-modern, were usually defined by the idea of underlying structures that reveal differing or even contradictory ideas that had been taken for granted.  Assumptions of entitlement.  It’s the origin of the insight that to a Blackfeet the same sentence might have quite a different “vibe” than to a non-Blackfeet but it's not a justification for gagging all non-Blackfeet.

Beyond that, the new thought disciplines were part of the whole questioning of culture -- a phrase which has quite a different implication from calling it “the interrogation of society,” which summons images of someone tied into a chair under a light too bright to see an interrogator who might resort to torture.  That’s when kids wore t-shirts that said, “Question Authority!” and their parents finally bought their own t-shirts that was the same on the front but said on the back, “And listen to the answers.”  That was re-framing, taking the idea of authority as oppressors to the idea of authority as knowing something.  The words were the same, but the sub-text was different. 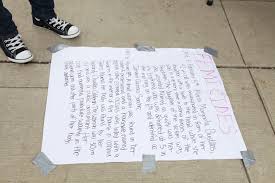 Suddenly, esp. to drug takers (including coffee, cigarettes, and beer), “reality” was negotiable and -- judging by the results -- not always efficacious.  I mean, reality can be unjust, reprehensible, destructive, and altogether in need of revision.  “Reality” can be a rhetorical box that prevents good outcomes or any notion of change.

Beyond drugs, physiologists in a sub-category now called neuro-research have been figuring out how little dabs of molecular structure know anything in the first place.  How does the outside world get to the inside thought-world and what do we do with all these phantasms that dance through our heads?  Conversely, what do we do about the often very emotional and identity-protecting convictions that make us do things we don’t necessarily want to do, even if the consequences are lethal to ourselves and others -- individually or en masse.  How do we get through to each other?  Can we help each other? 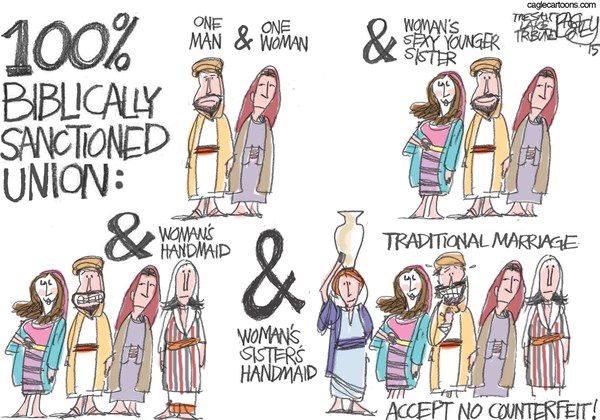 Even this political cartoon strip has a rhetorical structure to it -- the sense comes partly from the sequence and partly from the strategy of making writing into little characters, including the Old Testament man gradually realizing he is out-numbered.  Far more effective than pointing out history.  Brains create these little structures without necessarily having to make them conscious, but once a person realizes they are there, one’s eloquence and vocabulary are greatly expanded.  It’s what a competent graduate school teaches.  With a computer’s ability to include images along with words or words through images or the concepts by which one mixes them -- well, then a person reaches for music, weaving in the logical rhetoric of sound and a writer is doing something like three-dimensional chess. 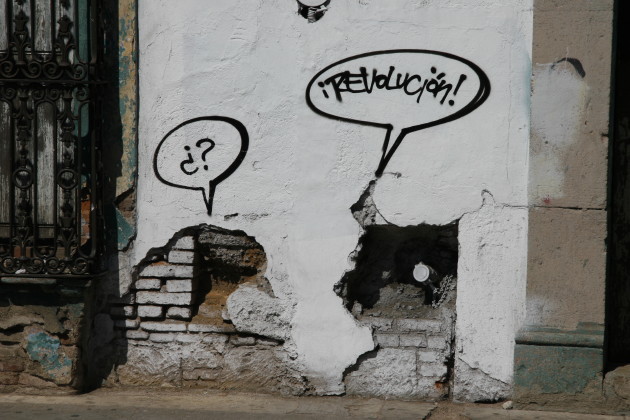 Teachers should be using several languages, including the ones that are sub-categories of English -- IMproper English -- because that’s where the insight often arrives.  It’s about alternatives, a range of strategies.  I include in this not just the languages of violence -- which are so enthusiastically  promoted -- and not just the languages of sex -- which everyone pretends to condemn -- but the SEVERAL languages included in these hot-cha got-cha subjects.   KINDS of talk about sex, KINDS of violent talk.   Anatomy; medical descriptions of disease and trauma, including starvation; the use of words in bullying, intimidation, and brown-nosing.  Bullying comes from the ag world, right?  Bull fights.  Bull-baiting with bull dogs.  Pit bulls.  But then it leaks over to politics where the “bully pulpit” is supposed to be a good thing.  The bovine trope of rhetoric.

According to the anonymous authors on Wikipedia, intimidation is sometimes called “cowing.”  To be “cowed” is the reciprocal reaction to bullying.  “Threatening behaviors may be conceptualized as a maladaptive outgrowth of normal competitive urge for interrelational dominance generally seen in animals. Alternatively, intimidation may result from the type of society in which individuals are socialized, as human beings are generally reluctant to engage in confrontation or threaten violence. . . Intimidation related to prejudice and discrimination may include conduct "which annoys, threatens, intimidates, alarms, or puts a person in fear of their safety...because of a belief or perception regarding such person's race, color, national origin, ancestry, gender, religion, religious practice, age, disability or sexual orientation, regardless of whether the belief or perception is correct. 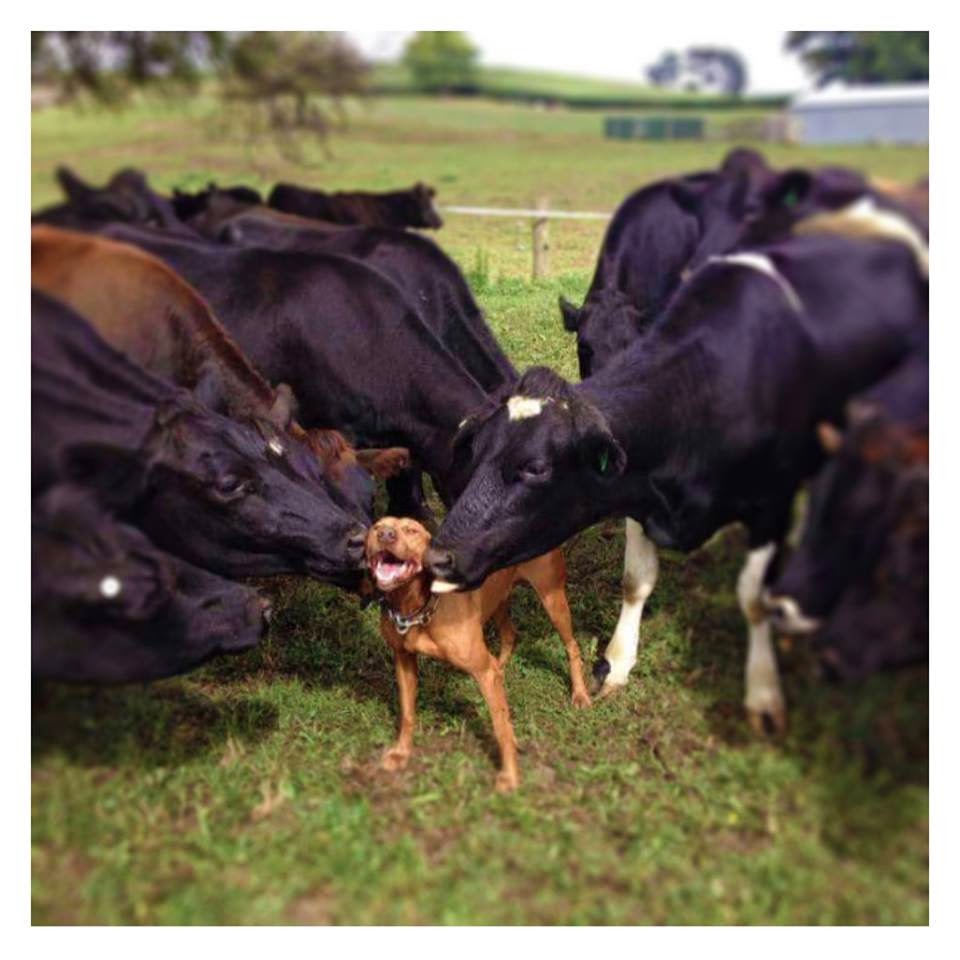 Turning the trope around!

Lists of words with lots of syllables sound so official.Consider the quite formal and multisyllabic rhetoric above: it is that of liberal political correctness.  Surely a person who speaks like this is educated and would NEVER bully or cow!!   The next paragraph is explicitly legal.

Intimidation may be manifested in such manner as physical contacts, glowering countenance, emotional manipulation, verbal abuse, making someone feel lower than you, purposeful embarrassment and/or actual physical assault. “Behavior may include, but is not limited to, epithets, derogatory comments or slurs and lewd propositions, assault, impeding or blocking movement, offensive touching or any physical interference with normal work or movement, and visual insults, such as derogatory posters or cartoons.”  No mention of death threats against writers and cartoonists.

There is a more blunt follow-up list that includes the following:  “Fear mongering,” “Fit in or fuck off,” “Gaslighting,”, “My way or the Highway.”  All are pejorative, some are rude, and there is no rhetoric outside the bovine dominating attitude.  Nothing about how to simply not accept herd-thought.  What can one expect from four-eyed, pencil-necked, pointy headed, nerd techies who dream of being Conan?  There is nothing about the third party: the ONLOOKERS who feed on humiliation of others.  Never intervening.

Are you picking up on the subtext here?  Where is the language to describe those who transcend intimidation?  EAT ME.  Walk on. 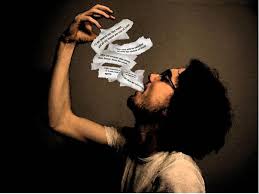