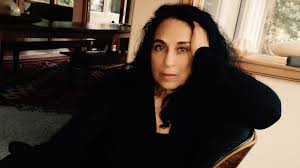 When I finally read the novel called “Netsuke” which is a written equivalent for the tiny carved ivory toggles that hold a kimono closed — that is, organic, depictive, skillfully done, possibly naked — it turned out to be very different from what the reviews led me to expect.  As I see it, the sexual judgement of the reviewers, their focus on that fleshly dimension of the mind-fucking practice of psychoanalysis, which is the subject, distorts and distracts the message, even in this “modern” culture that is supposed to understand sex and set it free.

The main review I read was by Michael Cunningham in the NYTimes.  I should have been more wary since that newspaper is famous for soliciting reviews that will be controversial.  Cunningham speaks of “a certain animating mystery” driving the story, which seems to me a useful observation, but misses what that mystery is.

“The pure malice of Ducornet’s analyst is not alleviated by her reluctance to show us much by way of the injuries he’s inflicting on his patients. Ducornet treats the analyst’s patients as offhandedly as does the analyst himself. The book’s atmosphere of arid heartlessness begins to produce a parched feeling in the reader.”

Rather than malice, I went to the phrase “cabinet house,” which is not known in American terms.  It means a dollhouse, the kind that has doors on the front of a cupboard that is painted to look like a house, and then the doors open to reveal the furnished rooms of the interior.  The dolls who “live” there are miniaturized so that one can “play” with them, projecting one’s own life into them.  As is possible with psychoanalysis.  This analyst's offices are described as "cabinet houses."

Here’s the Publishers Weekly review:  “At the risk of losing his practice, he descends into a co-dependent affair with a self-destructive woman he calls the Cutter, and later becomes obsessed by the torrid sex he has with a cross-dressing patient who suffers from split personalities. Affluent, psychotically self-absorbed, and as emotionally damaged as his patients, the doctor is just shy of a monster and lives in a twisted, sultry world that Ducornet poetically and viscerally describes. . .  “  Publ Weekly

This is a diagnostic sequence:  “co-dependent,” “self-destructive”, “obsessed,” “cross-dressing,” “split-personalities”.  It's diagnostic labeling, a perversion of understanding.  The reviewer (unnamed)  is accurate in saying the story is poetic and visceral, but then passes judgement by saying it is twisted and sultry.  The closed doors of the therapeutic chamber are supposed to be free of culture-based judgement, and yet there is a relationship with the confessional closet, which is all about judgement in the same one-on-one intimate manner, religious culture coming to bear on the individual.  (Psychiatry can be a kind of religion.)

Partly the story contrasts the loyalty, based on blamelessness, of a loving and accepting partner who supports and provides identity, versus sequential relationships of a sexual nature.  Physical coitus is always a possible deviation from analysis, a merging and gratification that is not supposed to be available in “scientific” treatments.  In a time when the taboo is removed or greatly weakened, it’s hard to know how to judge the priests and analysts who cross the line.  What are the consequences of sequential intimacy?

Men have always been the bee as women are the flower.  But relieved from having to put energy into making seeds, and also the lessening of the significance of the seeds that carry wealth and privilege across the generations -- ordering the world, providing continuity -- then what is the nature of the female versus male identities?  What does intimacy mean if it doesn’t mean sex?

Now that the taboo on homosexual lives has been lifted so that we have access to what was once sequestered literature, there are written descriptions available of “sequential intimacy.”  Men who explicitly engage in relationships with one man after another, each intense and passionate.  An example might be John Coriolanus’ “The Sand Castle,” in which the narrator explores and celebrates the unique individuality of numerous separate lovers.  His setting is more often a beach than a dollhouse and he does not purport to “cure” but simply to enjoy.

I suggest that the analyst of “Netsuke” is actually seeking his own identity through relating to his “dolls,” each in their cabinet.  (That “drear” house is a marker of arrogance, but realistically the counselors and psychiatrists I’ve known have complained about the repetitive and boring nature of most of their “trapped housewife” clients, to the point of having difficulty staying awake while listening to them.)  Then what is the meaning of the creation of the city doll-house, a category that seems to mark an increase in sophistication?  It’s in this context that the “cross-dresser” appears.

Closely related to sexual intimacy is gender identity.  We assign virtue to those who conform to the culture that forms the “dollhouse.”  Avoiding fertility is a sin and a punishment.  Failure to conform to one gender-determined identity or the other means not having a map to follow, forces many more individual decisions, leads one into therapy to resolve this failure to choose.  But lately, more and more publicly, particularly in the theatrical realm, we have grown to awareness of the “bi-"  the “sexually fluid”, the double-sexuality that’s possible.  Much more than cross-dressing, esp. in an age of denim and t-shirts, can be theatrically startling.

When the analyst sees this in his client, compares it to his own careful life, he explodes in self-destruction that takes his wife with him, because she is so intertwined with his identity. It's a self-judgement.  And possibly a warning from a female author creating a male therapist who is clearly a toxic narcissist, to indulge in a label.

Possibly the argument of this short novel is a theory that accuses unlimited and sequential sex with people who are supposed to be protected, failing to “heal” them, forcing them to be the “patients in the cabinet” something like the politically hot, supposedly child's story called “the Indian in the cupboard.”  The idea might be that complete access to remarkable others will destroy the person who opens the cabinet doors to manipulate dolls.

Posted by Mary Strachan Scriver at 7:09 AM

this review of "Netsuke" by Rikki Ducornet is interesting on different levels.
what i distilled to be the content of the [novel] is that it contains vivid descriptions of the relationship of a psychiatrist with his clients, the phenomenon of the blamefree relationship with a trustworthy and satisfying partner, and the possibility of sequential relationships with different individuals, for those seeking more hedonistic than gratifying and identity supportive (sexual) bonds with others.
it is interesting that the psychiatrist becomes the embodiment of the death of psychiatry, whereas it already always has been dead anyway, post deleuze-guattari, with freud the coke snorting charlatan making up theories which has all proven to be bullshit.
the psychiatrist in ducornets book breaks all barriers of integrity. he judges, misjudges, fucks, betrays his clients and uses their ailments to mask hs own psychotic narcissistic worldview.
Mary gives such lucid account on the book and the tendency of renommated book reviewers to sexualise anything if that can veer up the gaucheness of "their" newspaper.
a seedy world in a seedy world in a....
"cabinet de curiosités" as is also an "instrument" favorable to satisfy the psychiatrist junkie behavior as gambler, manipulator (also at home) and finally, wittness to his own corrosion.
aad de gids

Aad, it's remarkable that the very structure of this small book is so evocative that it calls out sharp and confident comments. I had not thought that the individual might represent the whole discipline of psychiatry, but I think that's very valid. I'm "on" PSYART, a discussion group sponsored by a prominent professor, and I'm amazed at their tight circle, the obsession with specific points of view, and the great challenge they now face of having Freud dethroned by straightforward scientific neuron research. This group is not so much based in medicine, so just mastering a new jargon is an effort. But to them, their theories are so real and so absorbing that they feel rather as though they are "killing their darlings." The current election is baffling to them. They don't know ANYONE who would vote for Trump, but what baffles me and a few of the women is how willing the male shrinks are to demonize Clinton! They consider her a castrating mother.