THE IMPORTANCE OF THE INDIGENOUS READER 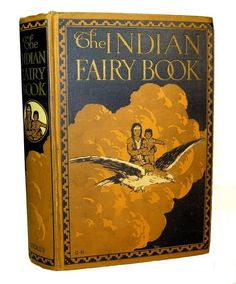 Those who yearn for more books about indigenous people will put a lot of hope and effort into the education and support of indigenous writers.  They’re starting on the wrong end of the project:  they ought to be increasing the number of indigenous readers and, specifically, the economic ability for them to acquire or at least access books.  As it is now, most books by American “Indian” writers on “Indian” subjects (usually either historical or misery-based) are read by liberal educated white women who not only have money but also time to read.  No rez woman with three jobs to support her kids ever has time to read by sitting down quietly.  Therefore, we must include audible books to be heard in cars and pickups while driving the many miles to work.  (Not movies on video, because under those circumstances such women will go to sleep.)

In these times books are not quite acknowledged as objects for sale that CONTAIN the writing, not ARE the writing.  But most people see writing books as a path to profit.  They are mistaken.  Like so many things today, there are so many wedged-in third parties who take a cut of the profit, that the writer gets very little.  This has meant the development of narrative delivery through less expensive audible books and self-publishing, esp. “print on demand” which are ebooks printed out nicely and bound, maybe by a machine fast enough to stand and watch.

To most indigenous people who are watching white people to learn how things are done, these work-arounds are not books.  They don’t think of the abstract existence of the content in any other form but "codex".  The first step of assimilation is conformity.  From the beginning in Europe, bound books have been signs of wealth and elite status for the middle class, but there aren’t enough middle class Indians who still feel they are Indians.

And they do not have the kind of education that teaches them the difference between good writing and bad writing.  Schlock paperbacks that manipulate stereotypes of sex and violence, appealing to old myths about the original people of this continent, are not the same as white-written books like:  “Laughing Boy,” “When the Legends Die,” “Bury my Heart at Wounded Knee,” “In the Spirit of Crazy Horse,” “The Boy and the Dog Are Sleeping.” “Tangled Waters,” “Ramona”,“Stay Away Joe”, “Nobody Loves a Drunken Indian”,  the James Willard Schultz books, the Adolf Hungry Wolf books, the Tony Hillerman books.  Knowing the provenance, the genetics, the enrollment status of a writer tells you nothing about his/her skill or even about his/her anthropological accuracy.

The angrier the political objections the greater the likelihood that the most passionate Native American critics have never read the books, much less thought about them or ever visited Indian country.  Much less lived there.  They just want the ancestor creds.  And let’s get rid of the idea that all Indian life is poetic, innocent, and uncorrupted, though there’s room for that idea.  There’s room for everything.  Story-space is infinite.

Living on a rez might not mean anything if there was no real relationship with the people, not as the anthros define them or pop lit sees them, but as individuals with worthy lives on a well-loved piece of land, difficult as it may be.  Of course, an indigenous person — indigenous MEANS attached to a place — can move around and produce descendants who have been on the rez only in their imagination.

My particular preference is for writing that includes many sensory cues and descriptions of landscapes and how it all fits together.  I’ve found that for people who have never been anyplace else, it’s hard to think about the uniqueness of prairie or seashore or woodland thickets.  To the person who has been nowhere else, it’s unimaginable to be a person who doesn’t know a reality that is so deep in them that it’s invisible.  This creates a new genre about displaced “Indians”.  Not stigmatized so much as unmoored.  To them every artifact carries some kind of inchoate clue, an authorization, that’s quite apart from market value.  Some simply want guaranteed entitlement, but no one ever has that.

A problem with the art of writing is that it takes a certain amount of language fluency, but the people who have the actual life experiences might not have that in English as their second language.  The first language may be confined to a small population and — anyway — be an oral language.  I guess then it’s necessary to step over to video.  Or to form a collaboration between two people who really can’t confirm that each other are getting it “right”.  Best to define it as a new genre again.

In the end there are many genres because they grow out of actual writing and must respond to what has been written — not necessarily the other way around.  Agents, editors, publishers and maybe even readers from lockstep public education find something new is uncomfortable.  Unless the readers are educated to recognize new genres, appreciate them, seek them out.

Narcissistically, I liked the tight, circular, writers/readers experiment of “One Windy Day,” which was “written” by the 7th grade in Heart Butte, MT, in 1989.  It was such a new way of doing writing — through group discussion in a “writers’ room” kind of way — that it wasn’t even counted as authorship.  The kids who had just invented it didn’t recognize it was them. The plot elements were all local happenings.

I was interested that the moment of realization came for most of the kids when the mother and daughter were sitting at the kitchen table beading, while the washer and dryer were running.  That was their lives.  I wrote it out and xeroxed it, about 4 pages a week.  I posted it on prairiemary.blogspot.com  beginning on July 6, 2005.  If you google it, you’ll get a children’s book, not ours.  We were trying to escape the idea that 7th graders were babies, that Indians were child territory.

All genres are “emergent”, generated by specifics.  There were no “novels” until a dozen had been written and someone thought up a name for them.  Now one can announce that they are writing a novel.  (Novel means new and different, but over time they've become ordinary.)

Rezervations are very big places and things happen where there are no neighbors to overhear or suspect or take license numbers.  On the other hand “everyone” knows everyone else’s vehicle, where their mother and ex-husband lives, and what they were like in high school.  If you’re an outsider, you stick out as obvious.  Even if you’re Mexican and look just the same as everyone else to an FBI agent just up from Denver.  There’s no predicting where random people might go and they carry binocs because they might be looking for wandering livestock.  There are many unsolved murders.  Great material if you have the stomach for it.

From the other end, if a person in a story is from Europe or a different tribe or from AIM in a big American city — quite a bit might be tipped to the indigenous reader that the story protagonist doesn’t suspect.  No one has really written a “House of Tribes” about national tribal politics.  But a promising new genre is “satirical indigenous journalism” on a website called “Walking Eagle”  (walkingeagle.com).  A lead story claims that the tribes of America, as a gift honoring the engagement of Prince Harry to an American actress of mixed heritage, presented the couple with a living authenticated indigenous person.  Of course, the British royalty will have to feed this gift, as a matter of protocol.

It may seem that encouraging or even subsidizing indigenous readers in order to encourage indigenous writers is a similar joke, but I’m deadly serious.  Adrian Jawort is already an indigenous publisher.  (“Off the Path”) is their first published book.  If he makes enough money to keep eating, he may publish quite a few books.  https://www.amazon.com/s/ref=nb_sb_noss?url=search-alias%3Dstripbooks&field-keywords=Adrian+Jawort

Posted by Mary Strachan Scriver at 6:47 AM