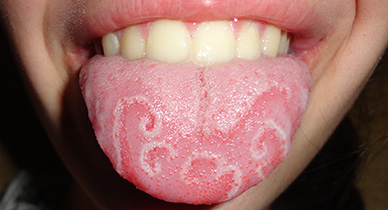 When humans are framed as “meat computers”, it always bugs me, and not just because usually the people who do this are young arrogant male people who refuse to admit that they are not the unique apex and goal of hominin evolution.  They choose to believe they are like computers in their steely capacity to handle information logically -- because no one believes in gods anymore.  They also believe that winning at chess is a valid indicator of intelligence.

I’m not talking about all men or even all computer-adept males, but only a thread of thought that needs to be pointed out.  Recently a comment to an essay in aeon.co  gave me a major insight.  (Aeon’s stated mission:  “Ideas can change the world.   Aeon is a registered charity committed to the spread of knowledge and a cosmopolitan worldview. Our mission is to create a sanctuary online for serious thinking.”)  It’s not perfect.  Feuds crop up.  It’s male dominated.  A few commenters are windy grampas.  But in general, it’s about the best I know of.

So I was pleased, VERY pleased, that Kathryn Papp, Ph.D, at Brigham and Women’s Hospital Center for Alzheimer’s Disease, in the comments for an Aeon article by Ben Medlock said “The body is the missing link for truly intelligent machines“ . . .  “Biological systems are based on an arrayed system of five primary elements.”  This is nothing like the assumed binary system made of silicon and metal that is a computer.  I set off on a search than won’t end soon, trying to discover WHAT five primary elements?  What does “arrayed system” mean?

But the main insight for me is that the body is hydraulic, fluid-based.  The only fluid part of the computer is the electrical current, which acts much like liquid.  “Electrons in a metal can jump from atom to atom, and that way carry negative charge around the circuit. Like a fluid, they are driven by a kind of electric pressure, known as voltage, because it is measured in units known as volts, named after the Italian scientist Alessandro Volta.”  https://www-spof.gsfc.nasa.gov/Education/welectrc.html

There’s a body of theory about this.  Benjamin Franklin was one of the thinkers involved. His ideas are discredited now. https://en.wikipedia.org/wiki/Fluid_theory_of_electricity  Bodies are more cleverly electrical.

I’ve been off-handedly describing the human body as a “bag of sparking, circulating fluids” and it turns out I was onto something.  There are real fluids (blood, lymph, mucus) that carry and are mixed with an electrochemical set of reactions among molecules that carry code, both the "five-element array of sensing" (if that's a thing) and whatever it is that makes decision and action.

In the process of trying to understand this, I stumbled across a commercial scientific product: an electronic sensing tongue.  The electronic part is what diagnoses what the molecular interactions of a substance indicate about what it is and how a human brain might interpret the information as "taste".  It takes a lot more than a chip or an app.
https://www.digikey.com/en/articles/techzone/2011/jul/the-five-senses-of-sensors---taste

This is cut-and-paste from the above website.  It describes the equipment necessary to do what a human tongue can do.  This is the part that computer devotees are missing, though they are right about the use of the machine to analyze the results of the sensor information.

An electronic tongue (e-tongue) uses an array of liquid sensors that mirror and mimic the human sense of taste, without the intrusion of other senses such as human vision and olfaction that often interfere with perception. E-tongues are used in liquid environments to classify the contents of the liquid, identify the liquid itself, or sometimes to discriminate between samples. Most e-tongues are based either on potentiometric or amperometric sensors. The “tongue” is analytic in nature and “tastes” either liquid samples or solids that have been dissolved in liquid. It has three main components:
• A sampling system
• Detection capability
• Data acquisition and processing system - statistical software that interprets sensor data into taste patterns

E-tongues are designed to meet or exceed the ability of human senses to “taste.” One application is the beverage industry whereby the flavor of wine, for example, is discriminated by using a combination of a taste sensor and an odor sensor array with a conducting polymer."

. . . Recently, the University of Texas at Austin developed a sensor array functioning as an electronic taste chip. It combines micromachining, photochemical sensing, and molecular engineering of receptor sites and pattern-recognition protocols to detect multi-analyte systems. It effectively rejects other chemical and biochemical species located in the same environment. This solution is becoming popular for several application areas such as:

Human diagnostic testing: The most compelling news here is that several time-intensive and costly procedures can be replaced with common analysis of blood electrolytes. Several benefits result when replacing costly traditional testing with an e-tongue-based solution. The size of the sample is substantially smaller so that discomfort and sample size are both reduced. Monitoring can be accomplished rapidly, which is important given the short time for toxins to become lethal. There is no accuracy penalty with the new testing. Other medical application areas include pharmaceuticals, health and safety, medicine stability (in terms of taste), and veterinary medicine.

Environmental chemistry: The same multi-sensor array is used to provide digital data on compound class and volume in such applications as radioactive pollutants in water, inorganic and organic pollutants, identification of harmful bacteria or substances, chemical and metabolic breakdown patterns, and potentially destination information on pesticides, oil, dioxin, and more. Additional environmental and chemical applications include waste monitoring and chemical /petrochemical processing.

No matter the application, taste sensors above all else must be consistent in their findings. Simply put, here's how they work: taste sensors have artificial polyvinyl chloride (PVC)/lipid membranes that interact with a target solution such as beverages, blood, caffeine, etc. The membrane potential of the lipid membrane changes – which is the sensor output or measurement. Investigating potential change results in measuring the “taste” provided by the output of the chemical substances. With the array, multiple sensors provide this output and form a unique fingerprint.
E-tongue sensing elements include electrochemical detectors, infrared-based sensors and mass sensitive devices. It is the statistical software , or pattern recognition system, that interprets the sensor data, which is obtained from directly sampled liquids (no preparation) into test patterns.

The use of e-tongue sensor technology is a great example of sensor fusion--extracting data from multiple sources including sensing devices and measurement methods. Intelligent signal processing then is employed to take the responses and extract the taste information.

Much of my personal thinking about bodies goes back to a physiology class at Jefferson High School in Portland, OR in the mid-Fifties.  I vividly recall the day we learned the "four" (now there are five) different tastes and their location on the tongue.  You can google for this; the assumptions are changing right now both about the mapping and the number of kinds of taste.

Miss Jean Hill had a volunteer come to the front, actually put a clothespin on that kid's nose to block out smell, and used an eyedropper to do the bitter, sour, sweet, salt.  We had no idea what the kid tongue was interpreting, but the electronic tongue developers did know.  Their knowledge is chemical, not subjective.  But definitely SENSORY.
Human tongues can do far more than this: lick lips, move things around in your mouth, get bitten (eeks), find that hole where a tooth was, and kiss.  Oh, kiss.  Now there's electricity.

Posted by Mary Strachan Scriver at 12:10 AM