This line of thought is meant to be a guide to using highfalutin', technical, and hard-to-grasp new ideas into practical actions.  it is "feeling" based, bodily based, process based, and radically inclusive.  That is, most seminaries teach that a religious experience is "worthship" as key to worship or "ligatures binding" as key to liturgy.  This new body of thought doesn't contradict these ideas, but rather includes them as well as many secular events, presentations, and art forms.

I'm using these ideas of:
My earlier manuscript, "The Bone Chalice," is actual examples of how liminal ceremony is drawn from the sensory experience of an ecology.  They include: traditional Catholic mass; an experimental Unitarian Universalist Leadership School worship drawn from secular sources; the survival adaptation of traditional religion by the soccer team in "Alive!"; a wedding ceremony with a dead groom; a New Guinea year-long ritual cycle based on the cassowary.
(More about this manuscript at bonechalice.blogspot.com.)

The thinking in these two manuscripts is meant to include examples that are large or small, religious or secular, consciously unique or culturally repetitive, unconscious or planned.  The contention is that ritual/ceremony/metaphor are natural survival events that help people to organize and perpetuate their lives and those of their attachments, whether to people or places.

Understanding the other crucial human ability and practice is based on the phenomenon of empathy, which is more difficult because more recently evolved and probably pushing towards the unification of human beings, but not just through religion or patriotism.  Attachment is a force drawing people together and holding them in place.  Empathy is a force towards extending boundaries and experience.  Both seem to be potent forces in the survival of our current version of hominins, pushing us toward cooperation and understanding of what destroys the world.  It provides both motivation and pathways.

This way of thinking is based on the most recent understanding of the sub-microscopic functioning of animals, particularly ourselves, and hopes to reveal the workings of what is unconscious as well as conscious, emotional as well as rational.  How do we make access to the unseen within us so as to embrace it.  Too much of Western culture has depended upon suppression and hierarchy, gender-assigning, and espaliering the young.

Another change is the constant realization that DNA coding, environmental connections, and evolution over Deep Time mean that what happens to one also affects everything else, and conversely the waves of change that are almost too big to see -- like planetary, even cosmic, shifts -- affect even individuals who don't claim relationship.

It's possible that all these things are aspects of what some people call "love" which is always disintegrating into sentimentality or ownership.  Dogs have the genetic capacity to attach to us but we confine and distort them, use them as insults, assign them the work of pariahs to eat shit and hunt other creatures, make them attack and intimidate other humans.  This is the dark side of human survival.  We treat each other this way as well.

Attachment and empathy should naturally emerge from and constantly enrich the lives of family, the DNA-recorded ability to cross generations and perpetuate culture patterns.  Economics can work against this, disintegrating families via poverty, starvation and drugs, so that babies die and young children are distorted.  This eventually undermines culture and the ability to fit into the environment, both the natural and the human technicalities of little glass screens connected to satellites and massive predator drones.  We use up our resources and award high value to trivial glittering things.

Ceremony/ritual/a sense of the holy/sacred moments help bring back dignity and memory.  These things can be captured and "used" by the dark side of humans, but even the most extreme "abuses" of body and idea can be recognized, even the stigmatized and therefore secret sexual content.

This thinking is not just mine but gathered from others in writing and performance.  It's hard to escape capture and misuse, but a growing body of reflection and practice is surviving in places like sustainable agriculture, the restoration of the land, or demonstrations to block corporations that pretend to be justified by the will of the people.  Strong politics are another aspect of attachment and empathy.  It's possible that a new vision is emerging that is beyond the Mediterranean desert/oasis, king/slave kind of thinking that can be drawn from Christianity, Islam, and Judaism. 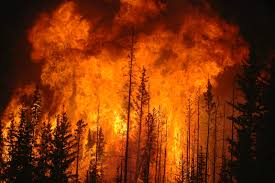 In the meantime the planet tips, continents burn, the ocean rises, the skies go dark in daytime and hurricanes howl all night.  We gather around bonfires to make noise according to tradition.  In a while everything will change.
Posted by Mary Strachan Scriver at 6:25 AM