You remember Priapus, the guy whose erection just wouldn't deflate, which is a possible side-effect of Viagra.  Hyde and Trump both have cases of priapic thumbs, caused by the inflation of egos.  A female echo is the waving forefinger of the woman who likes teaching, even if no one is listening.  But these jokes are just nasty metaphoring to relieve the swollen fear over news delivered at bedtime. 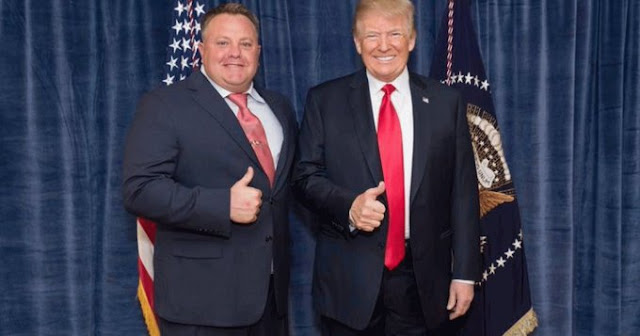 Get serious.  What in this on-going carnival  (carne=meat) can we note in terms of a new paradigm for what is often called "religion."  After all the scientific generalization about swirling atoms, folded molecules, communities of cells, embrace of skin boundaries, what can we say about the evil and corruption that creeps up on us all the time.  It is it because "science" reduces us all to meat machines gyrating through an innocent world?  Or is it because this is an inevitable dance of corruption in which we are all hyenas brought forth in pain and avid to eat whatever there is of value?

My position is that evil, pain, suffering, and so on are not manifestations of the universe, built-in, vast -- while targeting you in particular -- but rather features of being human.  What does that mean?  Isn't it all meaningless?  One option is that humans are the center of everything, esp. one's own sort of humans, and that there is some virtuous device for preserving one's identity and beliefs about right and wrong.  At the other extreme is the notion that all this furor is nothing, means no more than ants struggling with each other.

I'm taking a split view.  On the one hand the unimaginable concepts of eternity and infinity reduce us to dream-shadows, but on the other hand as humans -- after a period of development among various hominins -- have evolved a particular part of the brain behind the forehead that is capable of generating morality, participation, and sublimity.  What distresses some of us and rewards a minority is the dark side of these abilities to construct the virtual "ought."  But it is a writhing reality.  That is, what is good, life-sustaining, and a "best practice" may not stay the same, depending on the larger circumstances of existence.

An innocent-sounding practice of "norming" and "re-norming" seems like a school grading term but is actually at work in any culture to define what is accepted as crime, moral failing, bad taste, success and so on.  The most romantic version is that soldiers kill and risk their lives for the man next to them.  The most frivolous version is fashion, which allows nudity at one period and requires total coverage at the next; fur is in or out, feathers are in or out, men are allowed high heels or not, gender-identity is prescribed or abandoned, and so on.  Daily practices all have their norms.

Right now we are in a period that has lost its norms.  Murder is an accepted option, whether one is rubbing out an enemy and anyone sitting near him when the predator drone fires, or considering some sort of gauntlet that a diplomat woman must go through for not agreeing with the same node of self-aggrandizement whose members signal each other with their thumbs.

Moving the boundaries between good and evil, legal and criminal, adventurous and repugnant, and so on, may be the key to what corrupts a man like Lindsey Graham.  What changed him between his young and honorable self and today's deluded fool?  Don't tell me it's because he has no wife and children.  Trump has both in the multiple, but then, he was never corrupted; he's always been empty.

That's what some people would say was the very heart of evil, a failure to connect with any other living being, not even his father.  That is, he is an inhuman human, failing to use the very aspects that make us capable of self-governing -- when we do.  We can agree in some places that some people should be killed as punishment but we can't agree on how to kill them "properly."  Which is the real moral failure?

Are we really capable of containing evil that is willing to murder, redefining killing as heroism?  Many will say that the problem with love of fascism and resentment of change is prompted by world reconfiguration due to too many people and the exhaustion of industrial resources.  Others point out that the self-cure of the continents may be disease.  Flu cut the population back so recently that my mother survived it as a child.  I sometimes suspect that there is something in modern food or clothing or transportation that debilitates people, maybe even sterilizes them -- something short of mercantilism drugs that are illegal -- just something we take as pills for headache or put in our dandruff shampoos.

My strategy has been an excess of caution, but even my experiment with being a religious leader did not save me or condemn me -- just raised more questions.  My family watched the child-me carefully when we toured the Alcott house in Concord, because they expected me to be like Louisa May or at least to write.  Now that I do, they refuse to read it.  Or anything factual about LMA.  It's all a big pretentious romantic myth about a woman with an impossible father, an unhappy demand to write what others wanted, and a death due to lead poisoning prescribed by doctors.  PBS be damned.

I did my ministerial internship in Hartford, Conn, and stayed with a social worker who lived in Wethersfield across the road from the historic founding kitchen of Yale University.  (In those days colleges began with personal libraries and the main heat was from kitchen cooking.)  She had dozens of cats and when her little VW failed to fire up in the morning, she joked it was because the carburetor was full of cat hair.  It didn't seem impossible.  She also had a floor furnace and we put our chairs on top of it while we sipped cocoa and watched "UBX."

it was well-known that people like Mr. Hyde were -- historically and at that moment and evidently forever -- part of the fabric of the surrounding old towns, a matrix of evil left from economic factors.  Two UU ministers had pulpits in the area.  Neither addressed the issue.  They were the norm.  Everyone waited for God to change the norm.
Posted by Mary Strachan Scriver at 12:59 PM