ENGLISH TEACHERS ARE A SCARY LOT

Posted by Mary Strachan Scriver at 9:42 AM No comments:

A few years ago the Great Falls ran an ad for a “school” guaranteed to cure “oppositional defiance syndrome.”  It was scary, esp the photo of the guy who ran it, who looked pretty oppositional and defiant to me.  Then I read a recent article in the New York Times Magazine about a new “syndrome” equally sensational:  “callous-unemotional” children — those who exhibit a distinctive lack of affect, remorse or empathy — and who are considered at risk of becoming psychopaths as adults. To evaluate his example, Waschbusch used a combination of psychological exams and teacher- and family-rating scales, including the Inventory of Callous-Unemotional Traits, the Child Psychopathy Scale and a modified version of the Antisocial Process Screening Device — all tools designed to measure the cold, predatory conduct most closely associated with adult psychopathy.
What “cold predatory” psychologist developed these “instruments” and by what means and for what purposes?  It sounds to me like the return of the Spanish Inquisition.  Like the Taliban, including the American versions.  I suspect that the tests turned on the tester would diagnose psychopathy.  I was taught a better way -- where has it gone?  Why are the oppositions of our modern lives always between unequals?
Agonism (Wikipedia)  is “a political theory that emphasizes the potentially positive aspects of certain (but not all) forms of political conflict. It accepts a permanent place for such conflicts but seeks to show how we might accept and channel this positively.”
Recently there was a conference in Minneapolis at the Walker investigating this premise.  A quote:
“Inherent in the idea of conflict is the existence of an opponent, or multiple opponents. And at the symposium there was mention of what it means to be a worthy opponent. We all have had opponents whose conflicts with us do not strengthen our thinking or improve our ideas, who offer no insights and do not change our minds. But sometime, I’m sure, you’ve had a conflict with someone who did expand your mind and make your ideas bigger and better. What qualities existed in that situation and what was your interaction like?

And now allow me to date myself with this quote from The Teachings of Don Juan: “Without the aid of a worthy opponent, who’s not really an enemy but a thoroughly dedicated adversary, the apprentice has no possibility of continuing on the path of knowledge.”
-- Sarah Lutman  via Arts Journal
http://www.rev-it.org/projects/pro+agonist.htm
http://www.walkerart.org/magazine/2012/agonism-politics-consensus-art-democracy’
The only time I’ve been in the Walker Art Gallery was the year of the Big Flood in 1965.  Since there were NO tourists (every bridge was out), Bob and I went to St. Paul to learn how to patine bronze.  Our teacher was Richard Randall, a dynamic character who seems to have sunk beneath the waves of fame.  At the time his work was much praised.  His show was up at the Walker which had the high white walls, spotlights and vast floors it required.  He had taken the doors off old boxcars, run over them with bulldozers, riddled them with bullets, and slashed them with graffiti.  They were meant to be a comment on war and violence.  No one was expected to hang them in their dining room.  It was supposed to be a deterrent, not a goal.
When I taught briefly at a small town high school -- not Valier -- about ten years ago, the faculty received a list of kids on medication.  It was a small school, but there were two pages of kids on ritalin or anti-depressants and so on.  Of course, none of the stuff the kids used for self-medication was included.   If a list of the faculty and administrators on meds had been handed out, the outcry would have been intense.  This is a town with “extreme fighting” in the back alleys among kids.  The adults go to Great Falls to watch “cage fighting.”
Sarah Lutman continues her reflections on the Walker symposium:
“The Walker symposium convened artists, architects, urban planners, and scholars who are taking the conceptual framework of agonism and exploring it in their work. Some of the questions they ask are: Is the design of public space (real and virtual) conducive for dialogue and discourse? If disagreement and conflict will always be with us (and are in fact essential to the democratic process) how do we plan (create physical and intellectual space) for conflict? How can conflict be made most constructive? Most imaginative? And, in what state of preparedness and engagement should one approach conflict given the expectation that through conflict, ideas are often improved?
“Among the artworks related to the symposium that you can see online, check these out: Marisa Jahn’s Pro+agonist: The Art of Opposition (available for free download, Jahn’s work is a book and set of playing cards that “explore the productive possibilities of .. a relationship built on mutual incitement and struggle”); and Carl Skelton’s Betaville,  an “open-source multiplayer environment for real cities, in which ideas for new works of public art, architecture, urban design, and development can be shared, discussed, tweaked, and brought to maturity in context, and with the kind of broad participation people take for granted in open source software development.” The Walker’s laudable commitment to digital access means that detailed links to all of the participants’ work is easily found through links to the main symposium web page. . .
“So what I’ve been thinking about is how this relates to advocacy and civic discourse, about public positions and changing minds. It seems to me that the practice of public and political advocacy is mainly focused on clarifying what you are for, and spending most if not all of your time thinking about how to be for your position. Usually this is done by talking to other people who think just like you do and who already agree with your position. And we excel at this in the cultural sector.

Agon is the core of theatre and court trials are a kind of theatre.  But theatre is not real and the adversarial hearings in court must stay within limits.  It is “cage fighting.”  Among the extremes that are supposed to be contained are lying, slander, emotionalism, offenses not included in the charge, lack of proof, and so on.  There are real consequences: lives at stake almost literally, though we don’t tie people up and burn them any more.  Politics has dispensed with the cage.  One gets the feeling they would like to go back to the stake.
In my School of Speech days at NU, I took classes in discussion and since that time I’ve participated in many workshops about “getting to yes,” or finding common ground.  Sometimes these ideas take hold for a while but then they fall apart.  Maybe it’s too hard to be constructively agonistic.  Maybe extreme alley fighting is just more fun.  But if it's so much fun, why do so many people fail to vote?
Posted by Mary Strachan Scriver at 9:54 AM No comments: 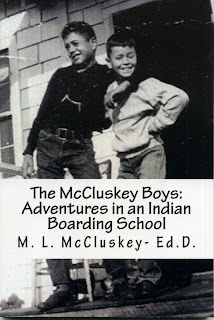 "The Persian Boy" by Mary Renault

Well shoot, up late looking for information. You might recall I told you of summers spent surveying and living on the Smith River down North of White Sulphur Springs, and being taken under the wings of a couple old-timers there. Looks like I first told you about him 6/10:

SCRIVER BRONZES BACK IN MONTANA

Posted by Mary Strachan Scriver at 10:03 AM No comments:

AN ENCOUNTER WITH "OTHER"