A LIFETIME LINE OF THOUGHT 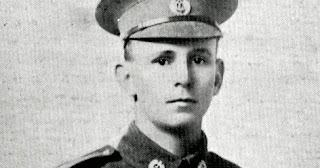 Private Francis Alexander Cochrane Strachan, 13th Reinforcements, C Company, Ist Battalion,
Canterbury Infantry Regiment, NZEF. WWI service no 24117
He wears the cap and collar badges of the 12th (Nelson) Infantry Regiment.
I never heard of this man, but he carries two of my family names: Cochrane and Strachan.
He died in WWI.

This is a little time-line of my thought as it has developed.  Remarkably, it seems entwined with women, though I’m not particularly woman-identified — rather a CIS woman who responds to men with desire, but expects entitlement to think gender-free.  Maybe this is partly because I was born in 1939, at a time when women did everything because the men were fighting and dying for freedom.  This was serious business.  Some of my teachers never married because so many men died in WWI.  Others settled for household unions with other women.  (You can’t tell me this was only desire, though I’m sure that intimacy can kindle desire.)

So it was Miss Carter, “Irish as paddy’s pig” with red hair and bow-legs, who gave us grammar, the structure of the English sentence.  The next revelation was in high school, sophomore year, when Miss Shull revealed modern poetry, the magic of sensory metaphor set free.  Miss Gilstrap, rumoured to be a crack shot with a pistol, guided us through the Hungarian Revolution our junior year and impressed upon us the necessity of guarding freedom.

In the earlier years, the Portland mayor was Dorothy McCulloch Lee, who cleaned out corruption while wearing a fetching hat.

By the time I got to college, it was Dean Barnlund who led us through language and thought with Hayakawa and Whorf.   Bergen Evans pried open words like oysters to show where they came from.  Paul Schilpp made us rethink religion.  But it was Miss Krause who showed how to open the human heart and spine on a stage.

Ten years in Browning, Montana, the capital of the Blackfeet Reservation, gave me an understanding of human systems of deep belief and how necessary they are, how destructive when they get scrambled by domination and corruption.  I withdrew to being the Beta, just coping until I was too scrambled to go on.  Or had I simply grown too strong to be dependent anymore?  The human brain comes to its last stage of pre-programmed development at about 26 years of age.  I began to quarrel with the given.

For five years at Animal Control, I tried to understand the interactions among the animals, including the human ones.  Part of this was a year-long citizen committee rewriting the animal control law with the guidance of Francis Smith, a lawyer who walked us through concepts of democracy and principles of justice, until we finally could reconcile the docile, too sentimental folks with those who demonized the domestic.  The mayor at the time was the charismatic and progressive Neil Goldschmidt, who had a stubborn black lab dog that wouldn’t stay home.  Neither would he.  Our most gallant and indefatigable worker was Phyllis Johanson, the Quaker wife of a surreal artist.  People’ lives, governance, inner lights, and wayward wantings — all mixed together in astonishment.

It wasn’t the beliefs of the Unitarians nor the compassion of the Universalists that sent me off to seminary.  It was Leadership School which combined organizational design with committed community that made me think it would be possible to enter ministry successfully.  That was wrong, but the training and years of trying showed me a path to what I really wanted, which was to write.  My guiding minister at the time, Alan Deale, is being memorialized in Rockford, IL, tomorrow.  We never talked about writing.  Only thinking.

The problem with seminary was that the nature of the institution is to create commitment to a line of thought that will preserve the institution.  This meant excluding all new challenging information.  Raw evidence, phenomenology, was excluded.  And yet on this same campus Lakoff and Johnson had just published “Metaphors We Live By,” and Eliade was working on the top floor of Meadville/Lombard.  I found the work of Suzanne Langer and preached about moments of epiphany in ordinary experience, which parishioners confirmed.  I tried to describe the virtual world where each of us construct our own simulacrum of our shared realistic world, but without the vivid vocabulary from computers it was only fiction.

The resistance and even horror of my professors pushed my determination to figure it all out into a guiding intensity in service to my MA, which Hannah Grey, president of the U of C, described as a “hunting license.”  I hunted across the high prairie of both Montana and Canada.  Then there was time back in Portland with access to Powell’s.  I had already spent much time in the Powell’s of Hyde Park accumulating books that I eventually sold back to the store in Portland so I’d have money for more books.

I hung in the doorway of the room where the Post-Moderns dwelled (metaphorically), those levelers, those questioners, those breakers-open of the taken for granted.  Structuralism, post-structuralism, and then the structure of the brain — not systems of thought but which neurons plug into which networks that support which brain functions by recording and filtering them molecularly.  Souls, even identities, are but bright shadows.

Then ten years of reflection and analysis in a privileged solitary life back on the prairie — the privilege of time alone to think and write.  Then another ten years of virtual partnership, trying to frame some meaning in life, using only words on the internet, met with powerful images from lives determined to survive.  The challenge was immense and the shared drive towards a new planetary understanding triggered cultural recoil.  That’s where I am now, newly aware of how little time I have left and how far I have traveled with joy and sorrow.

The north pole is forty degrees warmer than it is supposed to be at this time of year.  Because of arctic intrusions,Valier is forty degrees colder — twenty of those degrees below zero.  We have record snow amounts and it’s too dangerous to be on the snow-blown highways in an old pickup like mine.  Yet today the sun is warm and floodlighting the village.

What it means is the end of drought on the west side of Montana — not the east side.  That means trout streams and tall grass.  It means winter-killed carrion for the grizzlies to keep them away from calves.  It means landslides along the coulees and renewed ground moisture for those who don’t have irrigation.  It’s a structural renewal of a system not designed for humans, but where humans can survive if they understand and adapt.  If pride holds them in old systems, they can expect flood damage and erosion from past fires.  These are metaphors.

But the boys are still fighting for their freedom.  Some of them express despair by killing.  Others express hope by marching.

Posted by Mary Strachan Scriver at 11:03 AM