Religious congregations of any sort have a special love for young, first-starting-out families. I used to be fond of saying that the mother’s womb embraces the growing new human being, the father embraces the mother so that she too is supported as she grows, and the congregation then embraces the family in support, warmth and love. If you haven’t got a village on hand to help raise your child, a congregation will do. It’s a special joy for the minister to represent the congregation as a shelter and guardian.

But I had a bit of a hangup about new babies -- they scare me. When the mothers trustingly handed over their infants, I flushed bright red and broke out in sweat! What if I dropped it? What if I made it cry? What if they all went off and left me responsible for this tiny life? Which was a little goofy since I willingly cradled baby bobcats, weasels, rabbits, and hawks. But that was different -- if they died, it would be sad, but I wouldn’t be cursed to hell. Human babies are so insatiable, so unpredictable! And yet the babies put into my arms or lap generally relaxed and smiled at me. Must be body heat or my shiny glasses -- something like that.

Once I was in the grocery checkout line in Cut Bank and recognized the big man in front of me as Doctor Crawford, one of the first Blackfeet MD’s. During the summer of 1967 when Dr. Crawford was six years old, our six-year-old grandson stayed with us, and since the boys were across the alley from each other, they spent a lot of time together. That year the drainage canal along boundary street was full of water, and Grandpa Bob helped Lane create a raft which the two boys poled up and down all day. By evening all their clothes were soaked and draped over the fence to dry. I reminded this tall, dignified man of that summer and he remembered. Then he said, “Thank goodness you didn’t say you used to change my diapers! Old ladies are forever saying that and it’s really embarrassing!”

Now I have an even more delightful person to embarrass, first runner-up for Miss Montana Teen USA, Chelsea Gettel. She is a very sweet sixteen and a junior at C.M. Russell High School. This contest is classic, with swimsuit and evening gown events and an interview. (No one is asked to gut a moose.) She’s a varsity cheerleader, a member of the Showdown ski team, and a member of Leadership High School, a program that takes kids into the business community to learn what it takes to lead. 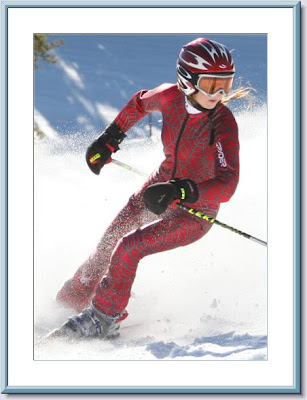 But now I realize that this is NOT the girl I can embarrass -- if Chelsea is sixteen, she cannot be the baby we dedicated (a Unitarian-Universalist form of baptism) during my circuit-riding ministry years between 1983 and 1985. And now I remember that baby’s name was Erin. We gathered at the Gettel’s little house because it was raining too much to go to the planned outdoor location. When we needed a chalice for the drops of water, I used a Peace rose from the yard which was wet from that spring storm. The rose and the baby’s face were equally petaled and lovely.

To straighten things out I called Mary Gettel, and discovered that Chelsea was born nine years after Erin. I’ve never met her. When I asked about Erin, it turned out she is about to become a mother herself! She and her husband will soon begin residencies in Connecticut in the field of medical psychology or something along those lines. (It’s hard to keep all these new fields straight in one’s mind. Even new people are hard for me.)

It seems only yesterday that Steve and Mary brought baby Erin along to a Unitarian boat trip on the Missouri through the “Gates of the Mountains,” which is an arrangement of bluffs which appear to open up to the river, then close again. We had a wonderful long day on the water and enjoyed a lunch camp on the shore. Now it was night and a silver moon was cruising overhead. Erin wouldn’t nurse in a moving car, so I sat with the family, chatting in the velvety dark while we listened to baby slurpy sounds.

Another happy evening with Erin was also in her infancy but at her house. That week I’d been assigned to stay with the Gettels. It didn’t matter how big my host family’s house was because I lived in a van -- nothing fancy, just an old van with a plywood box for a bed and another one for a desk. The only thing the hosts provided was the bathroom and maybe some breakfast if I were still there. Once -- another time at the Gettel’s curb -- it was winter, I had a bad cold, I couldn’t breathe, I couldn’t sleep, and about 2AM I just couldn’t stand it any longer and drove back to Helena where I had a little one-room apartment. I wondered what would happen if the highway patrol stopped me, since I was wearing only long underwear and “my friend the coat,” a rancher’s down coat stuffed so fat it stood up on the seat beside me when I wasn’t wearing it. The baffled Gettels wondered whether I’d been towed in the night! It often disconcerted people to have a guest who only parked at the curb. What was the protocol?

Theoretically, I should have spent this new evening with the Gettels talking about something “ministerial,” but I was exhausted and so were they. In fact, the baby had been colicky and wouldn’t sleep unless she were held. So we made a deal: the parents would go out someplace for a nice meal and some quiet time together while I bravely napped on the sofa with the baby on my stomach. It worked out perfectly. In fact, I often bragged that the evening was an example of my best ministry to infants. It helps to have a big warm tummy.

These days there is no Unitarian-Universalist fellowship in Great Falls, though the town itself was founded by Paris Gibson, who was in fact a Universalist, then a Unitarian, and finally a Congregationalist. The Gettels follow Gibson’s example and attend the Congregationalist church where Jim Peterson is a much-loved minister. But their real congregation is all of Great Falls. Steve, who in the Eighties was a struggling teacher at the School for the Deaf, is now the superintendent and has managed to make huge improvements in procedures and funding. Mary also taught both special and “regular” classes for many years and then got stretched out thin when the two girls overlapped. Now she does a bit of political organizing for women’s issues as well as “dabbling,” as they say, in real estate as though agents were ducks.

But the real revelation to me was that fifty-year-old Grandma Mary has blossomed into a gifted photographer! Her portrait of a rose is as beautiful as both Erin and Chelsea, who look much like their mother. 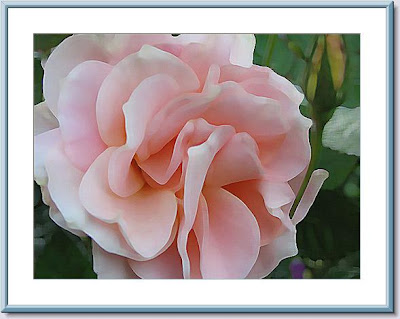 Photo by Mary Gettel
Posted by Mary Strachan Scriver at 9:59 AM

Labels: A DECADE OF MINISTRY, Unitarians