THE ELEGANT PEN FOOLS US 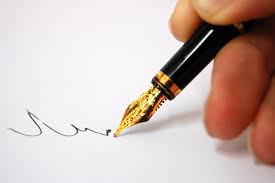 The images of the writing hand holding a fine pen, a pool of light revealing the dignity and mystique of trailing a significant line of thoughtful observation --  my eyes are seduced every time.  (It's as iconic in its own way as the shapely leg in expensive stockings and stilletos reaching out to the pavement from the interior of an expensive car.)  Someone should make a counter image of a grubby unmanicured hand with a gnawed pencil scrawling on a paper sack --  slashing out near-gibberish.  The trouble is that some people would be just as attracted to the nega-image as the positive one.

I was reading Sterling's The Atlantic article about the impossibility of being a highly educated Native American writer while living on a reservation.  It's a bogus idea, of course.  It doesn't matter where your body is so long as you kept your head with you, since that's the source of the writing.  Sterling, fine fellow that he is and proud of him as we all are, wants to live a Berkeley life in East Glacier.  He pictures existential conversations in a trendy cafe with good coffee -- other writers or wanna-be's no doubt expressing admiration and support.  (They think he lives in a tipi.)

In the Sixties artists and writers stopped by the Scriver Studio in Browning all summer.  There was plenty of existential conversation, and there was always a generous proportion of people who looked like artists, owned lots of paint and an imposing easel, talked theory, and never painted a picture.  The local rancher version is "all hat but no cattle."

I caught this malady when preparing for the ministry, but I had a defiant reverse take going on.  it was the near-Eighties.  My professors, in their Sixties years, had wanted to be warriors for social justice, so wore blue work shirts with clergy reverse collars.  By the time they were my professors they tried to project something different, implying success.  The exception was Langdon Gilkey, who wore a neckerchief and beads to show he was cosmopolitan.

We are so often persuaded into a role by its facade.  My minister kept trying to bring me to reality.  "You won't ever be around other ministers," he said.  "Your job and daily life is with people who are NOT ministers: your congregation."  Only two or three times a year the clergy gathered.

Other times he said, "You'll have to live in the city.  There aren't enough rural UU's to form a congregation."  I couldn't quite swallow that.

What he failed to explain was that a minister is a like a trapeze artist -- one big mistake and your back is broken.  The work is dependent on groups with their fickle demand for more and different and prestigious in the eyes of others.  They crave that spangled flight through the top of the big tent, miraculously grabbing a swinging bar at the last moment.  But they secretly hope to witness your death, so tragic.

That is, the writing that the diligent hand traces through spilled coffee and smeared sandwich grease is only the beginning.  The writer is not the fellow with his feet up on a chair, spewing fine talk to the others.  The writer is the one in the back booth with only enough money for a couple of eggs and as much coffee as a merciful waitress will supply.  Maybe a pill fished up from the linty depths of a dirty hoodie.  If thought wanders to the possibility of sales or some brilliant outline of a yearned-for future for humankind back on the rez, the ink dries up.  No more writing.  Just staring.

My minister didn't really explain that success depends on crowd pleasing and the future you frame up and try to "sell" -- because this is a mercantile nation, mercantile planet, and everything must sell or you'll starve -- had better not cost too much but produce much profit.  A lot of ministry is just cheer-leading at the County Fair, selling knife sets and miracle liniment behind a counter while the Trapeze Artist walks through the crowd, throwing back his glittering cape, ignoring the children.  Let them pet elephants.  The Trapeze Artist is a tiger.  Until he gets back to his bed and peels off his tights so he can rub miracle liniment on his knotted muscles.

I thought I would bribe Fate (I reject the idea of one big Pater Deus) in the Franciscan way.  I lived in an unheated van, developed bronchitis and a terrible snore.  Too late I realized that if you do this, you will be considered worthless.  Where's your glittering cape?  Now I would never have enough money to attend minister's meetings in some nice resort.  I thought about it some more.  Get to the truth.

1.  Wanting to enter the ministry was a cover for writing.  But you can't write at committee meetings.
2.  At heart I was a stone narcissist and just wanted to be significant, tights or not.  But valued for writing, not trapeze work.

Far more than sitting around in a academic setting explaining how literary deconstruction affects society, I just want to make one word follow another.  Luckily, every thing I learned in seminary (SUCH big ideas!) and everything I learned from congregations (SO much sorrow and courage) was useful. 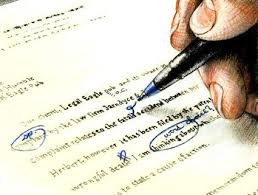 Ministry and churches have changed.  If theology is what religion is about, they aren't religious anymore.  Where's the new morality for people in hookup culture?  Where's the provision for children with HIV/AIDS?  Science may be a religion.  The old temples are stained and crumbling, even the Taj Mahal.  One analyst said that if trends continued, every church would have 9 ministers and maybe 5 people in the pews, all of them hoping to get lucky.  Why hasn't anyone pointed out that a mercantile society is bound to head straight for fascism?

The ultimate "reservation" is the planet with its round boundary up there layered in the troposphere, stratosphere, mesosphere, thermosphere, and exosphere.  We didn't know it was so orderly.  We knew it was spangled with stars.  It somehow felt sacred, like maybe a real place called heaven.  We thought we could leap through it but we didn't know we could destroy it.

I like that last paragraph.  It's good to have science in it.  I'll write it down.  I'm here all alone and writing on a computer, but I'll make more coffee.  The temp sank to near zero last night.  Today is dazzling snow.