BACK COUNTRY FAMILIES (A bildungsroman) 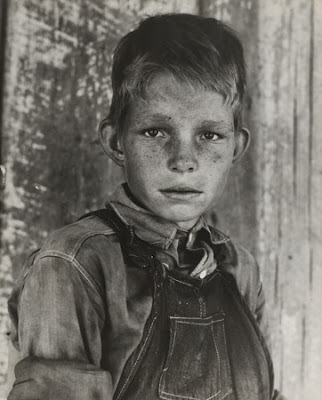 Milt and Hup were very tight in that classic way of buddies that sometimes develops between men in combat.  They hadn’t been in combat together, but they both saw life as hostile and out to get them, so the feeling that they had each other’s backs was strong between them even though Milt was old enough to be Hup’s father but wasn’t.  Instead he was Hup’s father-in-law.

So Hup had married Milt’s daughter, Giselle, in order to have a formal, legal relationship to Milt.  He didn’t really love Giselle, but then he didn’t really love any other woman either.  The kid heard about all this with horror.  He’d gone to sleep behind the sofa where he’d been reading until his eyes got tired.  It was a good place to lie on his stomach where people wouldn’t step on him or spot him and think of something for him to do.  His mother was confronting his Aunt Theda, Hup’s sister so Milt’s daughter.  The two of them were shouting in a rage, but not quite at each other — rather at the injustice of life that refused to obey any kind of proper order.

“You know it’s true, Giselle.  It’s like my dad just gave you to Hup, his possession — men own women.  It in the goddamn wedding vows.”

“You can’t.  You have no money, you have no skills, you have no close friends to help you.  You are trapped, honey, and I can’t help you because I’m in the same situation.  That’s the way it is here in this back country.”

The kid hadn’t thought of this as “back country.”  To him it was the center of the universe, it was home, there was no other conceivable place.  Neither could he understand why it was wrong for two men to love each other, two men he also loved in the world.  The only man he loved more was his father’s father, Papop.  Milt and Hup were subsistence hunters because that was how one survived in this rural place, but Papop was a fisherman and since the farm was bordered on one side by a river, he and the kid would walk down together and almost always return with a stringer of fish.  He didn’t even mind cleaning them.  It wasn’t like the bloody sad work of gutting animals.

The men of the farm were a fierce lot, knotted up with the necessity of work and the danger of not calculating some kind of risk, whether from the prices or from weather.  They didn’t keep many animals, so there wasn’t so much risk from bulls or boars.  They WERE the bulls and boars.  They called the women “hens,” and roosters made them laugh, esp. when the feathered ruffians fought for dominance.

Very rarely did the men take the kid hunting.  They said he was noisy and couldn’t think like a deer.  But they were wrong.  He often practised following the vague deer trails around the farm, through the woodlot and the undeveloped land beyond their boundaries.  When he glimpsed an animal, he slipped along behind it, watching to learn what it did, not intending to interfere.

He was even better at understanding fish.  It may have been because he was an excellent swimmer, but somehow he understood water, its dynamics and power.  He could imagine hanging in a quiet spot behind a boulder or along the bank, but he also sensed the rush of narrow places and waterfalls.  He liked “rush”.  When he grew older, it would become a problem, a drug problem.

But now he just loved most going with Papop on his canoe, floating quietly along through the sun-dappled river under the arching trees and not even saying anything, because fish can hear, you know.  It was the walk back to the house when they could talk.  “Papop, did Grandpa Milt really give my mother to Hup?”

“Well, that’s the way it’s been done for centuries, boy.  And then she gave you to him!”

“Does it mean Hup loves Grandpa Milt more than my mom?”

Papop had a pretty good idea where the kid got this idea.  Those damned women were always fomenting discord, always trying to grab attention by confronting.  Why couldn’t they just bake pies, get a little praise for it, go to church?

“There are different kinds of love.”  The kid could never get much more out of Papop.  He could feel that there was a whole lot more to be said.

“If Milt owns me because he’s my father, do you own Milt?”

Papop laughed bitterly, but he wouldn’t answer.  Then they were back at the house, almost late for supper.  At the last minute Papop muttered, "Nobody owns Hup."

None of the men was much good at vegetable gardening.  The women refused to do it.  They wouldn’t even grow flower borders.  So the kid got to do the honors.  Hup did the basic digging and planting, but then he handed the kid a hoe.  “Keep it sharp,” he said.

So the kid did until he accidentally chopped his foot — not very seriously, but it infected and made him limp for weeks.  Papop showed him how to soak it in a bucket of salt water.  Hup said the kid’s limp was psychological, to get out of work.  Milt agreed that work was everything, work was survival, work was food.  They told the kid to stop dreaming and pay attention.  The women stayed out of it.

The kid certainly was a dreamer.  Even his school teachers said so.  They didn’t know that the storm of attempted sorting in his head over the women’s family quarrels and the men’s tough attitude about “manliness” was sometimes making him almost deaf and blind.  He went to the library and read books, because it almost helped.  He read Hemingway which did help and tried Faulkner, which didn’t.  He didn’t know about Steinbeck.  Then one day he found Whitman.  He had found his heart.  The others didn’t matter now.

Even when his aunt and mother had another fight over whether or not he might be gay, he didn’t care.  The poetry of Whitman sang in him through every fiber and breath.

When his Papop died in his sleep (heart) the dynamics of the farm life were irrevocably changed along with the inheritances because now Hup owned the farm.  None of them had realized how Papop’s quiet presence had been a calming and a constraint on these two belligerent men.  Hup had never dared smack his wife and son around until Papop was gone.  Milt pretended he didn’t know.

The kid, who was growing quickly by now, heard his mother screaming one last time, took his fishing rod, and his Whitman book, and left in Papop’s canoe.  Teach a boy to fish, and he can feed himself.  Of course, the rivers were clean in those days.  But there are always men who read “Leaves of Grass” and he found them.

(Discussion of how and why I wrote this will follow tomorrow.)
Posted by Mary Strachan Scriver at 12:05 AM