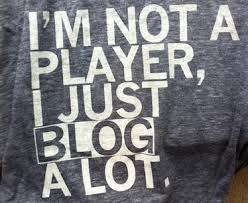 People say they think “blog” is an ugly word and the content from one blogger to another is so various that they get confused about what it’s “supposed” to be.  As a reminder, “blog” originally was a log of what internet posts one is reading and maybe reactions to them.  So here’s a little sequence of posts that I’ve read in the last day or two, only a selection but they group well.

I didn’t watch much about Charlottesville but I did notice a fellow who was there to BE noticed, Chris Cantwell.  VICE.com is one of my fav sources of information because it is fearless.  (They once posted an accurate description of “Ick’s” the source of booze in Browning and so much rumored cocaine that it’s alternate nickname is “the white house.”)  A brave little blonde reporter accompanied Cantwell through the confrontation in Charlottesville.

Then he discovers that his preparation should have included a good lawyer.
https://www.youtube.com/watch?v=mFDHqs518xY

On Wednesday, he addressed his followers after learning that there was a warrant out for his arrest in Virginia following his involvement at the Unite the Right rally. Turns out there are two—both for felony use of gases and injury by caustic agent of explosive. Cantwell told VICE News he plans to turn himself in to authorities and fight his charges in court, each of which carry a minimum sentence of five years in prison.
https://news.vice.com/story/white-nationalist-chris-cantwell-is-reportedly-wanted-for-arrest  He has a peculiar notion that the way to align himself with the cops is to offend them.

In this one he demonstrates his vocabulary.
https://www.youtube.com/watch?v=yLYxI_hpQaU

Here’s the connection with “Game of Thrones” and violent cop shows.  (Looks like “The Cut” is another interesting mix of culture comment and fashion sales.)  Both mens’ rights & alt-right movements "appeal to men with fantasies of violent, sometimes apocalyptic redemption."
https://www.thecut.com/2017/08/mens-rights-activism-is-the-gateway-drug-for-the-alt-right.html

And here’s a mom’s story to read next to the story of Bro’s mom, both single moms.
https://www.thecut.com/2017/08/charlottesville-white-supremacy-parenting-alt-right.html

Then the Bannon story hit, which many see as Cantwell writ large, and then Barcelona and the Finns, to show that whatever this is, it’s not just on this continent. 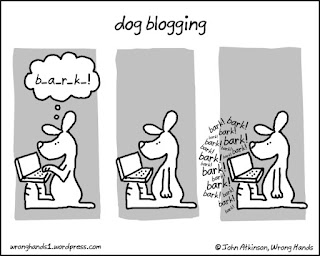 (I should learn how to do "tiny bits," but url's stick together.

There are three modern new things that I think about as involved in all this, none of them with a direct connection.  Of course, the media is quick to see how the social media platforms (I refuse to do Facebook, but I post to Twitter) make it possible to create both silos and horizontal coalitions and get them to physically meet as pop-ups and flash events.  Those don’t play musical instruments or sing cannot participate in the surprise concerts we love at Christmas.  I chose a military version on purpose.
https://www.youtube.com/watch?v=p4Ola1i28aI   It is far from bellicose.

The second is the study of the genome, which reveals that there’s really no such thing as “race” and maybe not anything very permanent about “species.”  Dominance does not mean preventing change.  Even efforts to eliminate variation from a kind of biological category, which is how we get domestic breeds of everything from cows to dogs, will not prevent the entwining of existence and survival to create new creatures, new terms of survival.  In fact, as terrierman.com tries and tries to teach us, forcing a breed of dog to comply with our little notions of superiority can only create malformed suffering monsters like English bulldogs, which we celebrate and love as mascots.  (There’s a link to competitive combative sports to explore.)

I could argue a case that our efforts to control humans in a "breed" kind of way, has created monsters. 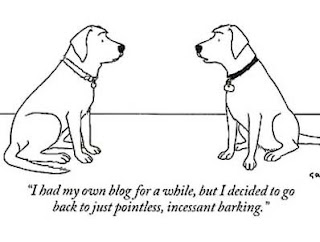 The genome, which is really one part of a complex including the epigenome, the connectome built by experience and so on.  “The English-language neologism omics informally refers to a field of study in biology ending in -omics, such as genomics, proteomics or metabolomics. The related suffix -ome is used to address the objects of study of such fields, such as the genome, proteome or metabolome respectively.”  To be vulgar about it, a person is a whole lot more than fucking.  And so is a nation or a planet.

The third force and the most crucial one is simply economics.  Maybe you remember the rat experiment where a colony was given enough food for all the rats, but all the rats were allowed to increase.  When population density got to a certain point, what the scientists had on their hands was riots, crime, and perversion — cultural efforts to respond to limits.  “Thrashing”

.https://en.wikipedia.org/wiki/Thrashing_(computer_science)   “In computer science, thrashing occurs when a computer's virtual memory subsystem is in a constant state of paging, rapidly exchanging data in memory for data on disk, to the exclusion of most application-level processing. This causes the performance of the computer to degrade or collapse.”

To celebrate this one might do the dance with that name.  www.urbandictionary.com/define.php?term=Thrashing   “Like head banging only better and more fun.. You get your arms T-rexin' and move them rapidly and head bang while whipping your hair around “

www.dictionary.com/browse/thrashing  The term was originally agricultural.“1580s, "to separate grains from wheat, etc., by beating," dialectal variant of threshen (see thresh). Sense of "beat (someone) with (or as if with) a flail" is first recorded c.1600. Meaning 'to make wild movements like those of a flail or whip" is attested from 1846.'”

It’s also a phenomenon of a trapped or dying creature, trying to escape.  Randomly and forcefully moving in hopes something might work, and sometimes it does.  Of course, if you’re in a hospital they will tie you down and give you meds.  In "nature" it is a signal to predators that there is an opportunity for feeding.

I take Trump to be thrashing now, which is part of the reason he’s so incoherent.  But thrashing is hard to watch and can take much too long.
Posted by Mary Strachan Scriver at 10:25 AM

Maybe Nazis do it better in Germany.