WHO WAS I JUST NOW? 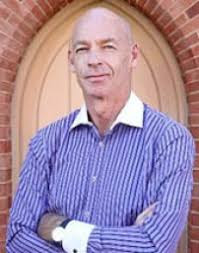 New research about what a human being is and how each of us can take care of our selves is scary.  The new motto is “I think, therefore I am not the person I was a minute ago.”  A person is a process being carried around by a collection of one-cell animals that help each other and keep the whole animal inside the boundaries set by survival:  enough air, water, food, movement, sex, dreaming — but not so much that it begins to be destructive.  Yet most humans feel that they want everything to stay the same, including themselves.  They fight change.

Some of this thought is coming through the study of psychedelics, which are finding a new role as meds for depression and even psychosis.  It seems to connect to genetic vulnerabilities, particularly a serotonin receptor in the brain (5-HT2A receptor).  LSD evidently has the capacity to dissolve old rigid and destructive “connectomes”, obsessions that can’t be escaped by reason.  This is what Geoff Mains was trying to convey in “Urban Aboriginals,” an early exploration of intense transformative SM, which was attributed partly to the power of ritual, of tribe, and of risk.  Mains introduced the idea of serotonin.

A recent article in Aeon, one of the most intelligent online magazines, says in its “pay-shot paragraph”:

"That the self is a model, not a thing, doesn’t mean it’s completely fluid and arbitrary. Quite the opposite: it is constructed from birth over many decades. Particularly at lower levels, the cognitive processes that the self-model binds together – perception, interoception, basic regulatory mechanisms – are not especially flexible. That’s why chaotic developmental environments are so damaging. Not only are they stressful in obvious ways, but in its formative years the mind has no stable patterns of experience on which to model a self. 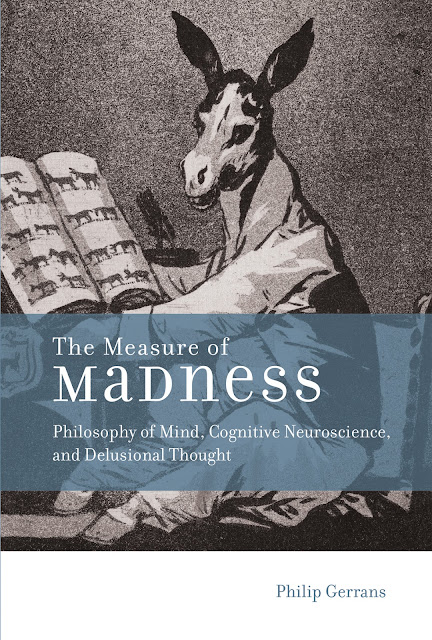 The article is called “Model Hallucinations” and was written by Philip Gerrans and Chris Letheby, Australian college professors.  Gerrans’ book is entitled “The Measure of Madness: Philosophy of Mind, Cognitive Neuroscience, and Delusional Thought” (2014).  It’s significant that they are Australians.  You might recall that in the movie “The Right Stuff,” when the story goes where no man has gone before, it was in the context of the Australian aboriginals.  I’m binge-watching “Rush,” an Aussie series version of NYPD Blue , et al, and the character who is the Alpha (Josh), nearly uncontrollable in his power and arousability, has a violence-control therapist who is a female aborigine.  The screenwriters may be aware of this research, which will help move Josh through plot.

Isabelle Payette, a Quebecois commenter, says in response to the Aeon article:

“ . . .Psychedelics are the only substances I know that can be used as a catalyst for changing faulty perceptions - those that would qualify as psychotic or delusional. Or even schizo and parano types. Psychotherapy and medications rarely help much. If anything, meds prevents any type of healing or reset.

“I think that when a child is repeatedly exposed to emotional or physical abuse, he/she develops a dysfunctional (i.e. destructive) way to navigate in the world. Like as if he/she had been “told” by the universe: you are no good, you need to self-destruct. Hence addictions to mask this “imprint” on the soul - or the psyche.” . . .

“Ego dissolution seems a necessary step. No contest. This feeling of powerlessness can be addressed once and for all. The change in perception is needed so that the alignment with the universe he/she was meant to have from the get go.”

A decade of following Real Stories Gallery and the Cinematheque video blogs has taught me the truth of this.  The authors of the Aeon essay pull in historical and religious concepts that rhyme with the idea of the fluid “dancing” self, but the article also contains some very new concepts.

Cognitive binding “refers to the integration of representational parts into representational wholes by the brain.”  It’s that thing about seeing rabbit at a distance on a lawn, then thinking it’s a piece of paper blown by the wind, and finally — when close — knowing that it is a patch of sunlight coming through a nearby tree.

Predictive processing means you are more likely to see what you have already seen.  If you’ve never seen a bunny outside a cage, you’re not likely to project the idea of a rabbit onto a spot of light.  Also, it marks what is important.  When I started as an animal control officer — desperately over-motivated to perform well because I was the first female — I had to listen for my radio identity: “719.”  If today anyone says “719” whether it is the time or a number of something, my attention snaps to the speaker.

These phenomena of the processing connectomes in the brain lead to controlled hallucination, which is the version of the world that has been coded to us by our senses drawing on whatever it is out there, outside our skins.

“ . . . the self is a sort of meta-filter for the signals you get from the functioning of your whole organism. Our encounters with the world – actual, imagined or recalled – make us feel hot, cold, happy, sad, anxious or calm, and every gradation and combination of experience in between. Any time that the mind encounters such a flow of feelings and perceptions, it irresistibly attributes them to some underlying entity that accounts for what’s going on.”

If this sounds like religion, it is.  We tend to cluster into tribes according to how well we share our worldviews, which might be formed by various forces from environment to family to happenstance to intense relationship.  The less we share, the weaker any institution will be.  But there are different levels inside each person.

“ . . . a hierarchy of models, in which each level deals with different aspects of organismic functioning. The lower levels track and maintain the integrity of bodily boundaries, and regulate homeostasis and sensory-motor encounters with the world. These feelings are then integrated with higher-level cognition that creates the sense of ‘mineness’ for episodes of thought, involving processes such as memory, inference and imagination. Finally, at the highest levels we can use the narrative ‘I’ to express the fact that experience is integrated and bound together across this hierarchy and through time.”  The power of narrative, poetry, and image is in its involvement of levels and intense binding into meaning for identity.

There are two other interesting phrases: the salience network and the default mode.

“The salience network allows us to feel the significance of bodily states triggered by worldly encounters.”

“The default mode network underlies episodes of autobiographical thought such as memory, imagination, planning and decision-making.”

I’ll have to think about these ideas.  I’ve always wanted to try LSD but, as I say, everyone thinks I’m too wholesome and sane to do it.  Maybe I should leave it at that.
Posted by Mary Strachan Scriver at 5:02 AM