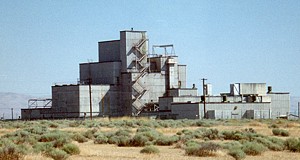 This is a thought experiment meant to break up some assumptions.  It is bouncing off a Vanity Fair article in the most recent issue called “The 5th Risk” by Michael Lewis, which caught my attention because much of the article discusses the Hanford Reach radioactive contamination alongside the Columbia River, upstream from Portland, OR.  It was a calculated risk to be making bomb material there, but at that point the area was underpopulated, anxious for money, and looked at with a certain amount of denial of what might go wrong.

The premise of the article is that putting Rick Perry, an adversary of regulation, in charge of the DOE — means that it’s no longer properly staffed, has a confused future, and is generally ignored though the danger is as high as from some adolescent threats from North Korea answered by senile threats from the USA.  Maybe higher risk, certainly sneakier.

Here are the five major risks that the Department of Energy is supposed to avert:
1.  A nuclear accident — not an attack, but a misadventure like the armed bombs that have broken away from airplanes and fallen to the ground.  So far none have exploded.  Dozens have come close.
2.  North Korea in its rage and threats
3.  Iran, obsessively
4.  Failure of the electrical grid
5.  Failure to deal with radioactive mess

Lewis decided to visit Hanford and set out from Portland along the Columbia River.

“An hour or so into the drive, the forests vanish and are replaced by desolate scrubland.  It’s a startling sight: a great river flowing through a desert.  Every so often I pass a dam so massive it’s as if full-scale replicas of the Department of Energy’s building had been dropped into the river.  The Columbia is postcard lovely, but it also an illustration of the MacWilliam’s fourth risk.  The river and its tributaries generate more than 40 percent of the hydroelectric power for the United States; were the dams to fail, the effects would be catastrophic.”

When Bonneville was first dedicated, my family visited its interior and saw the turbines whirling.  For me, they are a gigantic metaphor of power, but on a human scale.  I’ve been reading and writing about the historical consequences of the last major glaciation which scraped down along the east slope of the Rockies and eliminated all life except for a few refugia like the Sweetgrass Hills and their “sisters” along the border.   Only recently have scientists begun to think about who was here before the ice came rolling.  For those people “winter is coming” was very real.  It happened in Europe as well, but I’m thinking about North America right now.  It was the melting of that glacier that gouged out the Columbia River and its gorge.  Indigenous people saw it happen and spoke of it in myth.

This time it may very well be that the source of human catastrophe will be the Ring of Fire (named for volcanic action) that comes in the form of nuclear war or another bigger Fukushima mishap.  What would happen if the Pacific Northwest were devastated by radioactivity, either explosive or just permeative?  We think in terms of loss of life, but the infrastructure loss, including the dynamos of the dams, would mean a 40% loss of electrical supply for the entire nation. (See above.)  It would also mean the loss of Microsoft but would spare Apple.

Creeping radioactivity would not be like the slow scraping loss due to glaciers — more like the loss due to disease, like the smallpox that wiped out so many indigenous people.  Like smallpox, some people would survive, and the animals (after the initial violence) would adapt.  We know this because of the rebound of animals around the Hanford Reach and in Russia around Chernobyl.  (A few old babushkas also go on living there in their little houses with gardens.)

I suppose, if it weren’t for the difficulties of widespread delivery of enough sarin, poison would be a better choice from the point of view of enemies, because it would leave all the structures.  But their value is not passive.  Without the people who actually operate the dams, power lines, communication systems, and so on, the equipment and connections would be useless.  They are bionic.

In fact, this is what Perry’s DOE ignorance is losing: the expert knowledge of the bio part of energy: the thought, the practices, the checks and balances of government.  They are precisely what is seen by Trumpists as so much inconvenience and blocks to profit.

Michael Lewis mentions, but does not develop, the thought that the stakeholders who are really paying attention are the indigenous people.  Because they live there and have ever since the last glaciation which created the Columbia River when it melted.  Glaciers and floods are reciprocal.  In essence, the melting of the glaciers on Greenland and Antartica will flood the PNW.  Hard to get heads around.

Winter came from the north because that’s what it always does.  Radioactivity will move in from the West because that’s where the wind comes from, over the ocean, pushing along flotsam to the beaches and bringing in Chinooks and rain to the prairie.  Our soil here is inconvenient gumbo because of the rain of fine dust from the emergent PNW volcanoes of the Ring of Fire long ago.  Those who ignore deep history can’t learn geology.

What would the consequences of the depopulation of the West of the US be like?  What would Manhattan, Washington DC, and Los Angeles do about it?  Would they turn in on their pot-bound, rust-frozen, lead-poisoned selves and just build a wall?  I’d bet on it.  And the West would go back to being what it once was, a varied ecology that supports life in its splendid wovenness.  Except no humans.  Maybe some indigenous people who have adapted to salmon that glow in the dark. 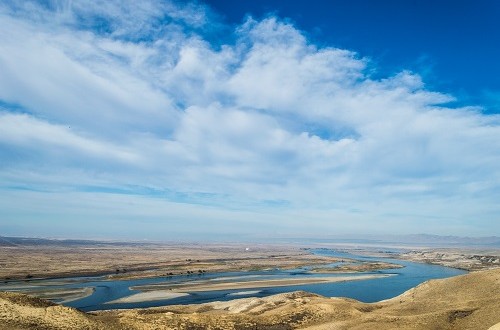 At this point in my composing, along came the news of Charlotte, NC.  I know those jejune hate-filled pseudo-Nazis.  I’ve been flunking them and putting them on detention for a long time.  I didn’t see women and children with them.  What’s different is that now the Montana representative punches out reporters.  The sheriff of my county is in court because a) his wife is divorcing him, b) he is alleged to have kicked his son while the boy was curled on the ground, c) he’s being recalled by petition for claimed incompetence.  Our former Representative Zinke is busy undermining the National Parks.  And the President is a buffoon who could probably not find either Guam or Montana on a map and doesn’t need to because he is owned and operated by Vladimir Putin who would like Russia back, even if it is getting drowned around the edges.  A land with no people begins to sound attractive.

Posted by Mary Strachan Scriver at 5:40 AM

Technical writer-editor here, offering a small observation that may affect how you support your argument. Lewis's statement is "The river and its tributaries generate more than 40 percent of the hydroelectric power for the United States." Later, you ask "What would happen if the Pacific Northwest were devastated by radioactivity, either explosive or just permeative? We think in terms of loss of life, but the infrastructure loss, including the dynamos of the dams, would mean a 40% loss of electrical supply for the entire nation."

In fact a Washington Post article from 2015 states that hydro supplied 7% of American power; 40% of that would be 2.8% of total Am power.

Obviously the scope and the point of your article far exceed the effect of this supporting example.

Thanks, Nancy. When dealing in apocalyptic predications, hyperbole is always a danger. I'm also thinking that the impact of wind energy and solar energy might not have been factored into this formula. The original writer didn't take the idea as far as I did, but it was a worrying article just the same.