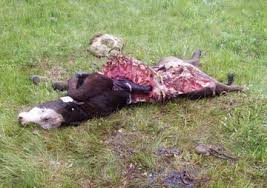 The cell phone rang in his pocket just as he was about to climb into the pickup to go to town to meet his banker.  It was not good news.

“Up on the Lewis and Clark Divide where the trees begin.”

“I’ll call Fish and Game.  You document the hell out of it.”

This is the url for a video of a grizzly attacking and killing a cow.  Brace yourself.
https://www.youtube.com/watch?v=Sd-4i0tKqCw

You might feel better if you watch bison run off a grizz.
https://www.youtube.com/watch?v=hRUli8AKH5w

Why not put bison in with cattle for protection?  Their instincts will not match.  But they are similar enough to produce fertile offspring across species and this is unwanted.

He was in no mood to talk to a banker now.  He called and canceled, went back into the house to call Fish and Game, and change clothes.  His wife wanted to know what was happening.  “We may have just lost some money.”  She understood.  They would apply to the reimbursement programs, but it was a long process.

Ranching on a large scale, whether livestock or grain, is a high capital enterprise.  Just the land itself is a major investment and not one that a person wants to borrow against very much, or the whole base of operations is whittled away.  That’s not counting the equipment, the animals, the payroll, the practical stuff like insurance and weed suppression and . . .  To make money from living things, whether animals or crops, was to be at the mercy of fate and weather.

And other living things, like bears.  He was a peaceful guy, who didn’t even like to tangle with bad-tempered humans, but he had a hard time being patient about bears.  He remembered that his dad used to just pick up a rifle and solve the problem, but doing that now would be inviting all kinds of trouble — the worse kind of trouble: legal.

He had a little poster he’d found on the Internet and posted over his desk in the ranch office: 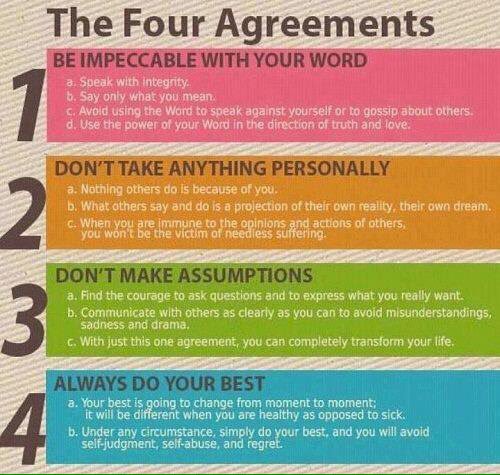 When the pressure got high, which it was now because of drought and forest fires, he had a nasty habit of waking at 3AM and prowling the Internet.  His wife didn’t approve, of course, since she cared more about him than cows or even the ranch.  But she understood. 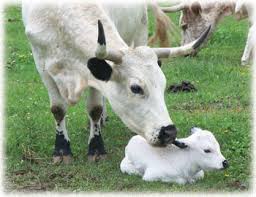 Last night he’d been looking at Ancient White Park cattle, a Celtic breed, very old and tough with horns that could defend a calf.  Over coffee and eggs at breakfast he said, “Something must have changed.  We haven’t had a bear kill a cow for years.  I know everyone thinks it’s overpopulation of bears in Glacier Park, but that doesn’t seem quite right to me.  There’s something more. 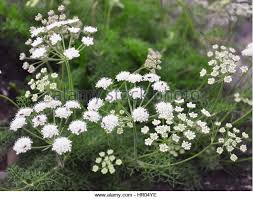 His wife was more of a gardener.  “I’ve been reading up on the change in range plants.  Everyone agrees that whitebark pine seeds are what bears really like, but the seeds took a hit from the weather this year.  The trees up on the slopes, esp.  So maybe the bears are moving down to the bottomlands to eat caraway roots.  I see a lot of it this year and it’s pretty well raked up where things are damp.  They say someone accidentally imported it in a load of hay.  It’s pretty stuff.  I’ve always called it “Queen Anne’s Lace” but it’s a kind of wild carrot.”

“Hmmm.  Does this mean there will be less cattle predation since the bears are going vegetarian?  Or will there be competition for wild carrot that leads to problems?"  He was half-joking.


His wife snorted.  “Listen to this:  “Severe population decline in whitebark pine communities is attributed to blister rust, the recent outbreak of mountain pine beetle (2000-2014), fire suppression, forest succession, wildland fire, and climate change. A study in the mid-2000s showed that whitebark pine had declined by 41 percent in the Western Cascades due to two threats: white pine blister rust and mountain pine beetles.”

“It goes on.   ‘Mountain pine beetles inhabit ponderosa, whitebark, lodgepole, Scotch, jack pine, and limber pine trees. Normally, these insects play an important role in the life of a forest, attacking old or weakened trees, and speeding development of a younger forest. However, unusually hot, dry summers and mild winters throughout the region during the last few years, along with forests filled with mature lodgepole pine, have led to an unprecedented epidemic.  It may be the largest forest insect blight ever seen in North America.’   There’s a photo.” 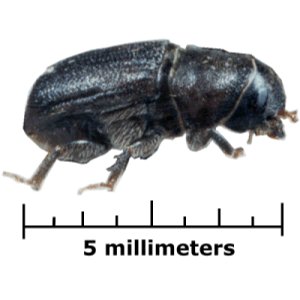 “I really hate to see so much forest turned dead orange.  It’s not my favorite color.  It burns so easily.”

But he had already gone back to cows.  “We’re already breeding the cows early so the calves will be big by the time they’re on summer range.  And we’re keeping them away from bear concentrations when the bears are clustered for berries.”

She joined in to show she was listening.  “That strategy of putting winter-kill cow carcasses up where the bears were coming out of dens was pretty counter-intuitive to me, but it seemed like it worked.  Kept them eating carrion until there was enough green stuff to fill them up.”

Continuing with her article, she quoted some more.  “It’s a little ironic that the government will protect bears but not trees.“On July 18, 2011, the U.S. Fish and Wildlife Service reported that the whitebark pine needed protection and that, without it, the tree would soon be extinct. However, the agency announced it would neither be able to list the tree as endangered nor protect the organism, as it lacked both the necessary staff and funding to do so.”

He sighed.  “You know, Mom, probably we’re the ones who need listing as endangered.  I don’t know how much longer we can carry the workload.  Last winter just about did me in.”

She took off her reading glasses to look at him sharply.  She’d been wary of suggesting the sale of the ranch but they both knew that it was probably inevitable unless they “died in harness.”  Where were the youngsters they had thought would be ready to pick up where they left off?  Their own children had become engineers and artists.  Not even biologists!  These days everyone wanted to live in the city where there was culture and luxury — even a real chance to get rich.  Should they advertise?

Where would they go if they sold?  Florida?  Ugh.


She reached out to take her husband’s hand across the low table stacked with reading material they hadn’t gotten to yet.  He said,  “We’ll figure it out.”  That’s what he always said.
Posted by Mary Strachan Scriver at 5:10 AM