THE BEAR STORY CONTINUES: A TOWN MEETING AND AN ECCENTRIC PHOTOGRAPHER 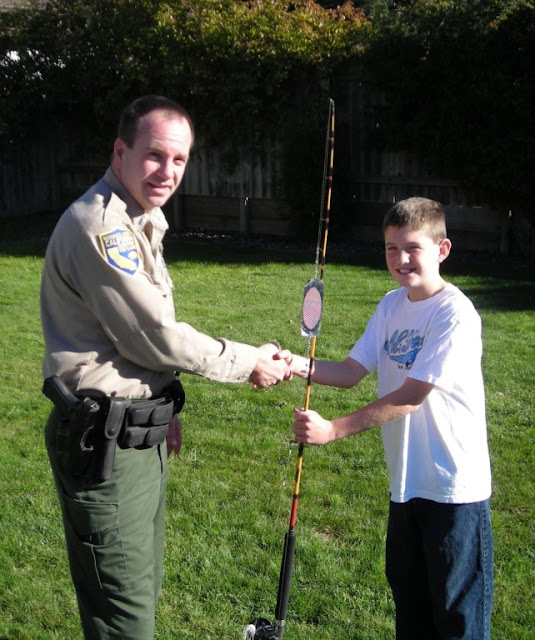 The mayor had been a military man so he understood logistics, allotment of resources, and the management of vigorous and competent men.  He also understood cranky old men who liked to tell war stories, so when the townspeople began to grumble about the bears coming into town — and they WERE coming into town — and threatened to turn vigilante, he called the grizzly bear specialist to organize an open meeting and drain off some energy.

The trouble was that no one came.  They’d come to a previous meeting where everyone got into a big fight and they were not anxious to repeat the experience.  The women, on the other hand, were ready to rumble but no one took them seriously, which made them louder and more militant.  A vigilante group had begun to organize, claiming that they would patrol the town where footprints had been found in the mud along watered lawns.  So far no damage was reported except in the fields and ranches around the town, where bears were seen crossing open spaces and sometimes busted through the doors of chicken houses.  People took video.

The bears tended to be in pairs, no doubt sibs and newly separated from their mother.  One pair spent an afternoon playing on the earth dam near the Lighthouse restaurant and were photographed from the front porch.  The blurry snap was posted by the front door until someone stole it.  Funny how people want to claim bear sightings, even locals.

But it was true enough that due to the protection of the Endangered Species Act there were far more grizzlies than there had been — and due to other forces, far more humans than ever.  The grizzlies had never been shot at, so they were remarkably bold around humans.  The humans were often people who had moved in from the coast where life was expensive and urban, or maybe from other rural places that didn’t have bears — just coyotes and dog packs.  They saw shadow bears everywhere in far greater numbers than could be documented.

The mayor’s meeting was attended by a half-dozen wardens in case things got “hairy” in the human sense.  Also, one patient rancher.  Since the emotional forces were low, the opportunity turned into discussion of control methods and goals.  It was clear to them all that the Endangered Species Act was going to be modified to set limits on bear numbers and figure out how to achieve that — what was the “right” number of bears?  Should there be hunting now?  (There is in Canada, just over the border, which tended to push bears south.)  There would always be dangerous bears the same as there are always dangerous people and posed the same problem: kill or capture?  Once captured, what do you do with them?

They talked about the new technology of drones, though the budget and training hadn’t caught up with the potential for observation and even for pushing bears along.  Think of bears in mature corn, where it was hard to spot them and suicidal to try to herd them on foot!   It would be great to scan across long distances from the air.

The old-fashioned methods were named: big European dogs trained to protect sheep; burros or llamas in the herd.  The rancher told about a bear circling a herd of sheep, but the shepherd saw that the llama was in the MIDDLE of the herd where it was safer!

They were aware of the reactions against darting bears or using helicopters to locate and capture.  Having permission to shoot when no one else did made hard feelings.  They were never in the right place soon enough.  The dilemmas of using guns with harsh penalties for violating laws  thought up in city conference rooms with distinctions and what-ifs put handcuffs even on the F&G officers. There was no time to parse in the middle of an incident.

They talked about the man who HAD shot one of three bears — mother and two nearly-grown cubs — as they climbed into his pigpen.  His kids had been playing outside.  This was not up in the mountains where a person might expect bears.  They grew solemn as they thought about the man’s arrest, his possible consequences (including prison), and how his neighbors rallied around to auction and re-auction the 4-H pig the bears nearly got, until there was enough money for a good defense lawyer.  In the end his case was dismissed, but too much depended on the wording of the law.

The law can be slippery.  Sometimes it only drives bad behavior underground.  “Shoot, shovel and shut up”,  was a well-known motto in livestock country.  They all had suspicions about those two meddling cubs traveling around the previous summer, but no one was motivated to make much of it.

It had been a long day.  The mayor took a lot of cookies home for his freezer.

When the boy's crazy new pup charged out along the windbreak after the bear they spooked up, it refused to come back and he couldn't run fast enough to catch it.  Luckily the Fish and Game specialist drove up to the yard and saw them in the distance, so went to check out what was happening.  The boy jumped into his pickup and they went careening along the alfalfa field.

Pretty soon they crashed over a rise just before coming to the creek.  The pup was in the water, no longer chasing the bear but now playing with a stick, totally distracted.  Joyfully, he threw the stick in the air, chased it as it floated, and recaptured it.  The man and boy were laughing so hard they didn't see that the bear had stopped at the top of the rise on the other side of the water.  It was standing up to try to figure out all this crazy stuff.  Finally, it gave up and went waddling off to find a quiet place where a bear could nap undisturbed.

The electric fence installer had come.  Stanley the grizzly specialist and the boy were just checking the electric fence to make sure it worked when Abernathy came rolling up in his funny looking 4-wheel ATV.  He only had one arm, so he had customized the machine so he could drive it easily.  For instance, instead of handlebars it had a steering wheel with a suicide knob and power steering.  He was good at machinery and so were his many nephews, who helped him.  His little terrier dog rode in a box he’d bungee corded to the back.  Abernathy himself was not exactly standard issue -- a thin white braid down his back from under a truly disreputable hat that had a beautiful quilled hatband he’d made himself.  Sometimes he stuck a feather in it, if he happened to come across one, but they tended to get lost.  His idea was that the loss was fine, since it made a place for the next one.

Of course, the missing arm was his most remarkable feature.  He told people who asked that a grizzly bear tore it off, but skeptics said he lost it in one of the US wars, maybe Korea, and cynics said more likely he was careless with a saw or about an infection.  The boy couldn’t help staring at that shoulder in hopes that he could solve the puzzle, but at least he tried to be slick about, stealing glimpses.

Abernathy was mostly Blackfeet and he was a photographer.  When he had two arms he had used a Nikon, but now he was usually carrying a Go-Pro and taking videos.  His favorite thing was traveling on the ATV trails that the canal riders used when they checked how the water was flowing.  That was easy going.  Sometimes he used the two-tracks along the streams through the willows and under the tall cottonwoods.  If he came to old tipi rings, he always stopped to film them and mark them on a map he’d made.  Once in a long time he’d venture along hiking trails up into the canyons that pushed into the mountain valleys.

The Fish and Game professionals worried about him.  He refused to carry bear spray or even a gun.  If they pushed him, he began to talk about his spiritual heritage and how it protected him.  In truth, he was pretty wary and the dog had a good nose.

Now he was interested in the fence.  “Lightning for bears, eh?  Think it will work?”

Stanley, the grizzly specialist, grinned.  “Sure thing, Ab.  It always works.  Even on bee hives and you know how much bears love honey.”

Abernathy focused on the boy.  “Sorry about your calf, kid.”

“Death is part of life, you know.”  Not everyone appreciated Abernathy’s philosophizing.”  The boy just nodded.

The bear specialist worked on a wobbly insulator.  "Yes," he said.

Posted by Mary Strachan Scriver at 10:57 AM