HERE WE ARE ACCORDING TO DOG

In Saskatoon I used to have an on-going argument with a geologist about whether a person would be different from one place to another because of the exquisitely varying isotopes of the elements we ingest with food and breath.  This was highly relevant because Saskatoon is the home of many uranium miners farther to the north.  On their weeks off that were obligatory to let their cells and organs recover, they washed their clothes in the city’s laundromats so that if you took a geiger counter into any of them, you’d get a lot of clicking.

Or so it was said — I didn’t have a geiger counter.  The geologist and I did agree finally.  But the place itself changed me through the culture — some of which I opposed — and the land, a peneplain of grass on a long-gone beach where cranes do their graceful dance and bugle their calls.  There just weren't any mountains or dogs.

Much farther south is another remnant of the once continental inland sea.  “The Indiana Dunes are among the most significant landscapes in America — scientifically, esthetically, and politically.  A remnant of their former glory, they survive as a jigsaw-shaped landscape of beaches, dunes, and wetlands.

“The Indiana Dunes are known as the “birthplace of ecology” in America because in 1899 University of Chicago botanist Henry C. Cowles published his classic paper on plant succession on the basis of field studies here. “  (Encyclopedia entry about the history of Chicago.)

Many crucial insights come from the idea of a continuous, inter-related, dynamic place/time where all life participates in a minerally, climatically, and geologically varying context, adapting to it even as changing it both materially and in terms of culture.  To survive, life must eat what is there and be consumed by others.  Humans can change both their environment and themselves in order to survive.  It's harder to change each other.

We see DNA now as a sheet of code that extends through all living beings.  From fragments called viral to the highly complex directions for being human, we can sometimes protect ourselves with skins and preconceptions, but other times we are penetrated and changed.  As soon as we found the genome, we found the epi-genome that comes from the environment and can switch certain genes on or off or add new bits.

Now we know there are all kinds of “omes” from brain connectomes -- vividly computer-rendered in color -- of neurosystems in the brain to proteomes of the shifting protein molecules in the blood.  Everything is a woven, compromised, adapted, spilling-over continuum.  Totally wiped out is our 19th century assumption that what we saw is what there was and that it justified our love of naming everything as the same as understanding it.

Everything that fit into what was already there survived.  What didn’t fit disappeared.  Sometimes we adjusted to a new place and adapted what we remembered from an old place.  Thus, the palm tree in Bethlehem that once signified birth became blended with European Celtic forest mysticism that honored the evergreen tree.  What about the Inuit who have no trees?

Culture, reinforced by today’s media, converts classic local references created by people who lived there lifelong into something quite different.  By now survival depends upon economics -- what is global is what is marketable.  The base of economics is mostly dependent on demographics: who is there, whether they have enough to eat and enough shelter, what they want and whether they can earn enough “credits” (money) to swap for what they need and want.  If they don't, they die.  We try not to notice.

At bottom much is controlled by resources that quickly get converted into political control and access.  If there is a lot of something desirable in one place, it may be very scarce but wanted in another place, and so moving things around the planet has displaced fittingness from one place into another, a constant shifting in hopes of a better fit, more wealth, more chances to accumulate credits.  Culture becomes a victim of materialization.  Some cultures become stigmatized, worthless.

Since “religion” is sometimes an institution at the mercy of culture, it has also suffered.  Sometimes it is portrayed as a kind of magic for believers.  In an effort to maintain control it can become an excuse for holocaust.  And also an excuse for raping the land, leaving a gaping black hole in the woven life of the planet.

This approach to ceremony I'm developing is a way to reweave the world by using our sensations, our memories, our experiences. to thread meaning back into it.  But we can’t neglect the fact of survival, that we all need food, shelter, and work, no matter where we are.

This video link illustrates what I’m talking about.  This is in my experience and memory.  I remember.  I dream it over again.

Much of the eloquence here is due to the recovery of the language at Piegan Institute.  The young man who speaks so well is Jesse DesRosier.  The rowdies by Ick’s are public school products, semi-assimilated.

I took this Pikuni world pattern with me to the U of Chicago Div School.  No one understood it.  This writing is my explanation for them because that world is ALSO part of my sensory life, my experience, my memory.  This is the modern task, to combine different place/times into something new, a way of creating meaning on this planet and in this universe. 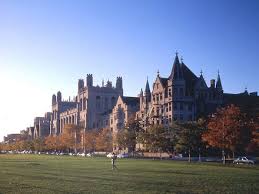 U of Chicago "quads"

I was told at Div School that someone asked a famous theologian whether dogs go to heaven.  His answer was that no one knows, but we ought to act as if they did.  Can people see the sacred everywhere?  I don’t know, but we ought to act as if they could.  That means what happens to one of us happens to all of us.  This must be a communion that is never fenced to keep the “others” out.  It’s a hard morality — not sentimental.  A little out of control.  Dangerous.

Posted by Mary Strachan Scriver at 4:59 AM