This re-blog is prompted by new interest in the status of the "Lodge" or "Big Hotel" in East Glacier Park. The land under both this building and the town evidently were once the allotment of reservation land that belonged to Helen and Horace Clarke.  Since one of Helen's duties was to actually draw up and assign these allotments, she must have been the one who claimed that land, probably knowing that the lodge was meant to be a feeder for the Great Northern railroad.  No one knows what or how money was involved.  Those searching ancient records in the archives of the railroad moguls of the time are Blackfeet.  The Big Hotel has not been profitable in recent years, whatever that implies.

Now that our colorful governor of Montana, Brian Schweitzer, has announced that he will not run for Baucus’ seat in the Senate, one of the names being mentioned is Denise Juneau, our beautiful Blackfeet Superintendent of the state Office of Public Instruction.  Actually, only her dad is Blackfeet.  Her mother is Hidatsa/Mandan/Arikara, tribes that conflated when they were decimated by smallpox because they were at the headwaters of the Mississipi River and thereby vulnerable to what was carried on river steamboats.  The advantage of their location was that they were traders, used to braiding together and interfacing cultures.  Lewis and Clark wintered there on the first leg of their journey.  The tribe was also the source of the Kipp progenitor whose descendants went from vigorous entrepreneurs to vigorous educators.

But this is not about Denise.  Rather I want to lift up Helen Clarke, the first Blackfeet school superintendent in Montana -- actually I think she may be the first Montana school superintendent, period.   She is the hinge-person, the lynch-pin, of the Clarke family generations which continue today as an art gallery in East Glacier run by Joyce Clarke Turvey.  The book “A Mixture of So Many Bloods: A Family Saga of the American West” by Andrew Graybill, is outlined at this url  http://scarlet.unl.edu/?p=6484  The book has been postponed by several forces: the usual being money and politics, but also Graybill’s acceptance of the directorship of the William P. Clements Center for Southwest Studies at Southern Methodist University.  Now his focus will shift from the Montana border to the SW. But DAMMIT!  I WANT THAT BOOK!!

I went searching, which didn’t work until I contacted Graybill directly.  The title is now:  “The Red and the White:  A Family Saga of the American West.”  Due out in October, about the time Graybill will be a keynote speaker at the Montana Festival of the Book.  http://books.wwnorton.com/books/detail.aspx?ID=4294976104

Why are publishers fooling around with books about teens who masturbate when they could have been publishing (and hopefully selling movie rights) the stories of women like Helen Clarke and Natoyista Culbertson!  (The latter HAS had books written about her: “Frontier Diplomats: The Life and times of Alexander Culbertson and Natoyist-Siksina” by Lesley Wischman as well as a fictionalized version by Mildred Walker (“If a Lion Could Talk”) as well as articles in “Montana, the Magazine of Western History.”  The independent historian, Jack Holterman, wrote about Natoyista so much that some accused him of having a psychic love affair with her.  Impossible to blame him! 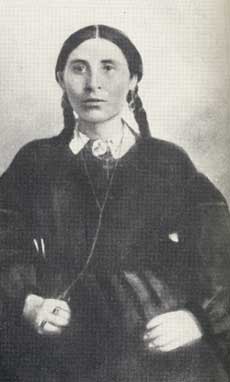 In the Spring 2011 issue of that same magazine appears an article by Andrew Graybill entitled “Helen P. Clarke in “The Age of Tribes”: Montana’s Changing Racial Landscape, 1870-1920.”  It’s a bit of the book-to-come which whets my appetite even more.  Malcolm Clarke, in case you’re a newbie, was murdered by his Blackfeet wife’s cousin, which triggered the “Baker Massacre” a mistaken atrocity in which a drunken cavalry killed a small group of peace-declared (supposedly protected) people suffering from smallpox.  The men were hunting and the weather was sub-zero.  A few people, some of them children, escaped barefoot over the frozen river to other camps.  All lodges and supplies were burned.  Some claimed that living people were burned as well.  This story is told over and over and over.

This article is the much longer and more meaningful story of the trigger, the attack on Malcolm -- not much of a surprise since his Indian name was “Four Bears,” probably because of his temperament.  Guesses at the trigger range from horse theft to rape.  The attack happened on the ranch Malcolm owned, now the Baucus family ranch not far from Helena.  Malcolm, like Baucus, was political.  It is particularly strategic because it is in a narrow access valley where it was possible to charge toll on the road.  Do not picture howling savages circling the house and shooting fire arrows.  The murderers had stayed to dinner and were cousins of Malcolm’s full- blood wife.  It was more like a bar brawl.  But the renegades threw Malcolm’s body down the well and injured the two sons.  Helen and her sister escaped out an upstairs window, over the roof, and away.

Helen, the oldest child, had been educated in a convent in Cincinnati,Ohio, where Malcolm sent her and her brother, Horace, who didn’t stay.  She came home just a few years before the murder and left soon after with her sisters to live in Minneapolis with Malcolm’s sister.  Then Helen went on to New York City where, in Graybill’s words, she “began a brief but acclaimed stage career.”  She traveled with Sarah Bernhardt in Europe but one must realize that this were the time period of the American Civil War and the Prussian Siege of Paris that killed thousands by starvation.  1864 is the year Montana became a territory and Tolstoi published “War and Peace.”  1870 was the end of the Red River Rebellion in Canada, which spun off many Metis to Blackfeet country.  (I’m not pulling this out of my head.  I have an extremely useful reference book called “The Timetables of History: A Horizontal Linkage of People and Events” by Bernard Grun (1946, 1963))

In 1872 Nathan, who with Horace had gone with the Cavalrymen who attacked Heavy Runner’s band, got into a knife fight with the father of nineteen-year-old girl he wanted to marry and was murdered.  The man was a Metis named Swan.  Race had suddenly become an issue and prosperity could make you white.  Economics always trumps love.

In 1875 Helen returned to Fort Benton and then Helena where Wilbur and Harriet Fisk Sanders and their five sons extended protection to her.  Wilbur was a prosecutor for the Vigilantes and a founder of the Montana Historical Society.  Hey, we don’t need to watch Deadwood -- we’ve got Last Chance Gulch.  The end of Custer is in 1876.

Helen taught grade school and became the Lewis and Clark County school superintendent.  1883 was the year six hundred Blackfeet on the reservation starved to death because of failure to receive the commodities they were owed by treaty.  By then there were no more buffalo except farther south and east, but the Blackfeet were forced by cavalry to go back to the reservation and stay without food.  If the Parisians were helpless against the Prussians, so were the Blackfeet helpless against the United States government, which was listening to cattlemen like Sanders.  Economics trumps treaties.

Helen never married, Graybill found in Helen’s papers a long letter from a lover named Henry, writing from SF in 1884.  She was beautiful: tall, graceful, long-haired, with a deep husky voice.  Her face is almost sweet, nothing at all like the gaunt later face of her nephew, the wood-carver John Clarke, a exceptionally handsome man in youth. 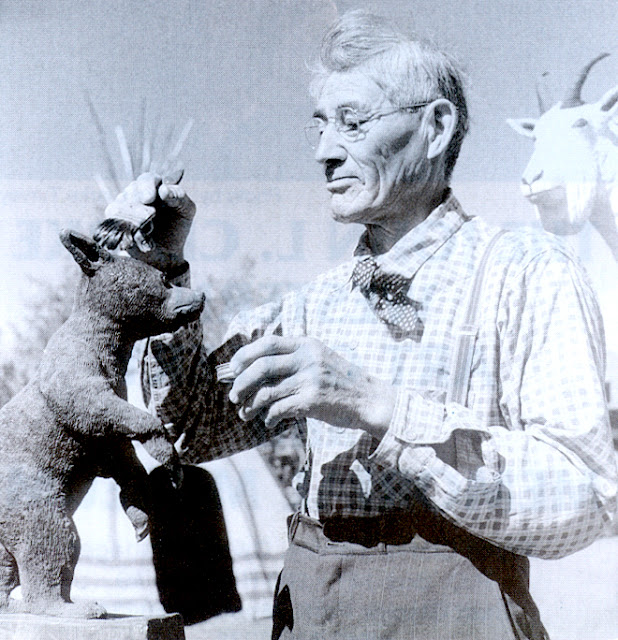 http://johnclarke.lppcarver.com  Helen evidently did not write any books, though Graybill tells us what she read and admired.  I might pretend to be her and see if I could produce a convincing manuscript.  Maybe I’ll “find” it and see what happens.  (Check tomorrow.)

None of this is so longagoandfaraway.  Denise Juneau’s father, Stan, was one of my high school English students.  Natawista’s great-great grandson was in my Cut Bank High School classes: he looked just like her.  Bob and I visited John Clarke many times and attended his funeral.  History is a river of blood running through us and someday we will be someone else’s history.