In the early Seventies a friend and I had good times in a big ruined house in East Glacier on the Blackfeet rez.  The kitchen had a built-in breakfast nook but no heat.  We drank tea and ran a milkhouse heater under the table to keep warm.  It was a time of risk, no money, experiment, and high hopes.  My friend actually lived in a small homemade log cabin with a slit latrine.

Not long ago we talked on the phone.  We're retired now.  She is in the Willamette Valley, entirely respectable and comfortable with successful kids and a valued husband.  I’m my same risky, broke, experimenting, solitary self.  We had grown up blocks from each other in Portland, both Presbyterian, both white and clever in school, but she went for the counterculture and had a different education.  She was struggling with overlapping relationships and I was just leaving the only one I’d ever had.  We had a lot to talk about.

My friend and her husband had driven through Browning a few years ago but were now back in the Willamette Valley where they were active, valued, and secure.  She said that they had seen many teenagers on the Browning blocks where the highway went through town and that they were obviously drugged and staggering.  “It’s so depressing,” she said.  (“Depressing” and “narcissistic” are middle class buzz words that make me angry because they are so much labels with no content.)

So I was roused up and declared that:  A.  I’d been up to visit the high school not long ago and found the kids vital, innovative and winning prizes.  B. Browning is not a town anymore and doesn’t try to be.  Instead it is a ring of new buildings outside the city limits like the high school, the fairgrounds, and a host of tribal and federal entities for things like fish and wildlife or water resources.  No way could anyone tell what the community was like by driving through the oldest and often deserted part of town along the highway.

If one drove through white Valier off the rez just now, it seems like a ghost town because of the pandemic and on some streets there are blocks of house-sized grain bins, no people.  But at the moment there are a lot of insulating and steel roofing projects underway, responding to the weather.  Across the street from me is a parking lot of huge machines, waiting to start a street repair plan.  I stopped at the real estate office where a window shows all the houses that have been sold and was impressed by how many there were.  Except that now I’m sophisticated enough to understand that no one really buys a house anymore.  They simply renegotiate the equity they had in the previous house.  On my block one corner is building add-ons, one lot with trailers was inherited, and two modulars stand empty because the owner of one died and the other left to be with her sons.

What you can’t see is the number of connecting events and groups among the people, but they have become more obviously recognized now that so many have been suspended because of the pandemic.  Nevertheless, in the twenty years since I came back, they have shrunk and businesses have closed.

The following is a series from Twitter by @PatrickDeneen who is a Catholic professor who comments from a conservative point of view.
___________ 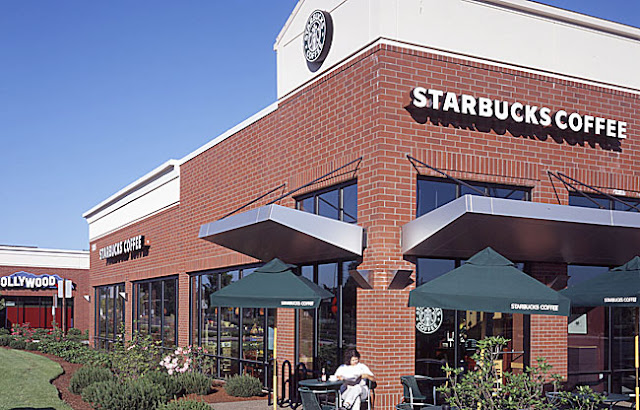 We have grown accustomed to a liberalism that pitted left liberalism against right liberalism, but in which the two colluded to corrode the pre-liberal institutions that afforded comity and cohesion to a nation as vast and diverse as America. Having “succeeded,” it has now failed.

So our politics now increasingly pits two parties who divide in a radically different way to the past, with all the attendant dislocation and confusion. COVID, the lockdowns, and the death of George Floyd have only accelerated this new division.

We will continue to have perhaps a third of the country that attempts to resuscitate the old liberal divide. A third that seeks a cultural Marxist future. A third that lurches toward a different kind of conservatism that stresses the centrality of nation, family, and religion.

As a person with conservative disposition, I both fear and welcome this moment. I fear it because we enter a time of deep unrest, uncertainty, and ongoing dislocation. But I welcome it because the old liberal settlement was dysfunctional and needed to be swept away.

A key question rests, of course, on the loyalties of “the people.” Are they conservative or are they radical? Do they embrace a wholesale change required to remake society into a heaven on earth, or the virtues of family, piety, neighborhoods within nations?  We shall see.
__________________

I find this conventional and irrelevant to the way I think, but maybe an insight to this community where I live.  Both of these towns that I know, are “ring communities” with no center.  The center is occupied by the past.  The ring of new operations around the old blocks of Browning and the ring of ranching and farming prosperity around Valier are deceptive.  Both have an imagined mind-picture of what a town should look like, mostly derived from TV series.  Browning is attached to its history and hates to give up old places; Valier is attached to its presentation of green lawns and clean cars, believing that little parks and a strip of RV camping spots by the lake are attractive.  Everyone shops in the “big” cities a hundred miles away.  (The biggest city in Montana, Billings, has 110,000 population. Great Falls used to be roughly equal -- now is is half that.)

The ring city that is Valier has a prosperous surrounding that sends its kids to school, to church, to library, and to sports in the town, but doesn’t pay taxes to the town and isn’t present for fire or EMT.  The ring city that is Browning is no longer legally defined, but is encircled by housing clusters, some tribal and some government, and related satellite communities — the ones closest to Glacier Park are world-class resorts in summer.  The rez population is growing and their kids go to grad school.  They have a radio station, a hospital, and a public swimming pool, all amenities that Valier lacks.

I look at all this and wonder what it means, except that a town — like a person — is always changing.  My friend had a hard time envisioning what I was talking about.  I have a hard time remembering her small town in Oregon though I've been there and it is quite nice.  They have a Starbucks.
Posted by Mary Strachan Scriver at 5:52 AM