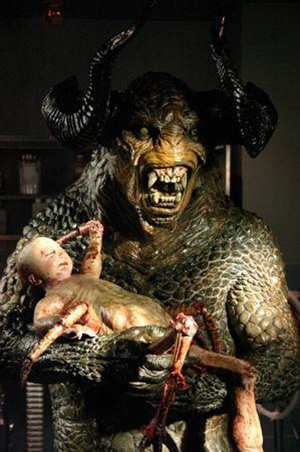 As I read all this brain neurology research and try to remember the names and pathways that are being discussed, I see in a very real way what this implies for the brains of the kids who grew up with demon fathers: powerful, competent, sexy, deranged men who beat them, maybe raped them, deserted them -- did the same to their mothers.  And sometimes it was the mothers who were violent, alcoholic, traumatized.  At the least they were too weak to intervene, to protect their own kids.  In some ways they are only mammals, doing what the millennia has taught them about survival.  In other ways they are going over the cliff to extinction and taking their children with them.  Most obviously everyone is suffering, including the larger society.  How do we sort it out?  What do you do to help a damaged kid who intensely loves and defends his damaged parents?

Some of us have lived through it ourselves.  Others have watched relatives or friends.  Excellent books and films, websites, support groups testify.  A few have realized with horror how much the precursor assumptions are embedded in their own heads.  Raging, demanding men are “strong.”  Passive, enabling, suffering women are full of “love.” 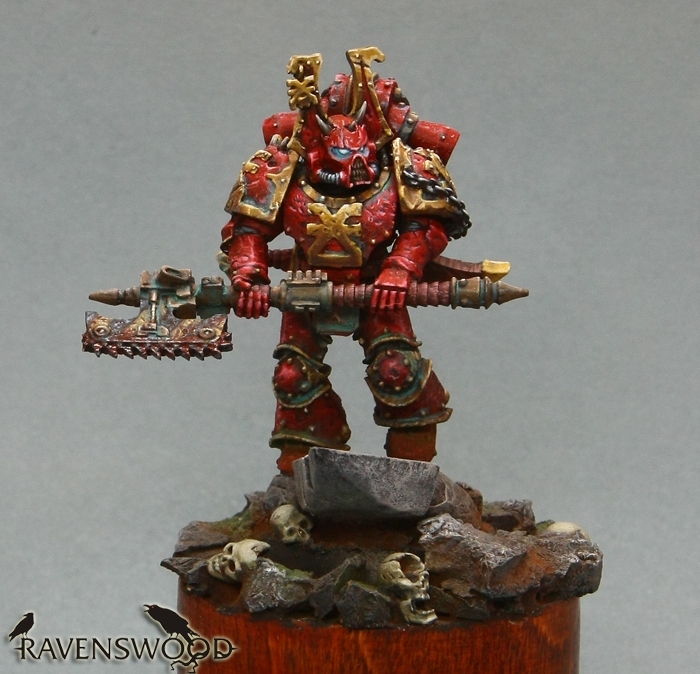 And then there are those who analyze, anatomize, gin up the theory machine, and lately in particular scientists slide the demon’s head into the fMRI to see how his brain flares and simmers. Others put his blood on slides to analyze for genes.  I’m just going to reproduce an article about a Finnish study of “the gene for violence” at the bottom so you can critique it for yourself, but these are the things to keep in mind:  there is no such thing as a gene for an emotion.  But there are genes that regulate the organs, their molecules, and the way they react.  Our emotions are chemical.  There is no way to prevent violence by manipulating genes, though now we can turn them on and off, remove and add. 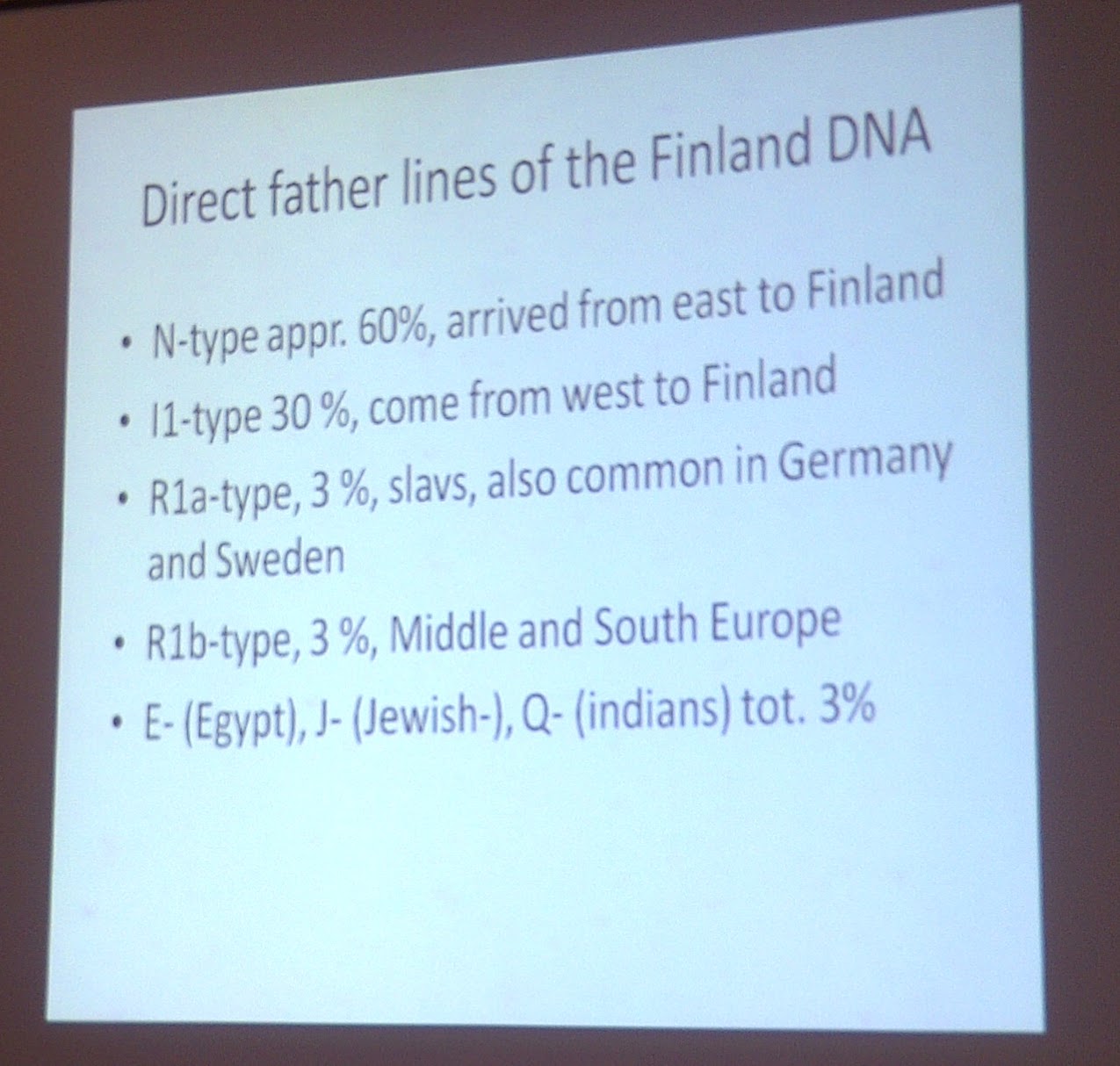 These genetic proclivities do not always mean actual behaviors and, of course, much depends on the circumstances.  If a man with passion joins a monastery and spends a simple life in prayer and gardening, that will turn out much differently than if he had trained as a SEAL.  Even in the latter case, being trained to invade hostile places and kill people may not suit the passionate man, but rather the cold, controlled man.  And either of them might be quite changed after a concussion.

Behavior is always a labyrinth, an algorithm, a game of chance.  Intention is simply one element and where does intention come from except from experience, example, goals, the interplay of a person with his culturally framed environment?  The studies are arguing backwards from behavior to possible causes and only establish that these genes are associated with behavior -- NOT causing it.

Thinking that changing a gene (we can do that now) or providing a pill will prevent violent behavior is dumb.  For one thing, it is a sort of “let them eat drugs” cure for the social pressures that keep men from jobs, income, praise, and opportunities to do good things.  We can and should change those, the sooner the better. 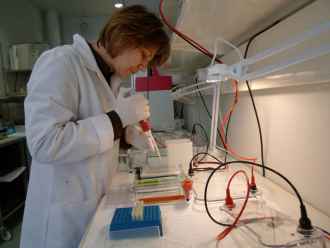 Statistical analysis indicated that 5% to 10% of all severe violent crime in Finland could be attributed to these variants, affecting the genes for monoamine oxidase A (MAOA) and CDH13, a neuronal membrane adhesion molecule, according to Jari Tiihonen, MD, PhD, of the Karolinska Institute in Stockholm, and colleagues.

Offenders who had committed 10 or more serious violent crimes were significantly more like to carry one of several loss-of-function variants in the MAOA gene (odds ratio 2.66, 95% CI 1.60-4.42) or the so-called rs11649622 variant in the CDH13 gene (OR 2.72, 95% CI 1.77-4.15), versus participants in population-based survey studies in Finland who were considered representative of the general population.

Criminal offenders with no violent crime convictions showed no increases in risk of carrying the flagged MAOA/CDH13, with an OR of 1.12-1.13 relative to the population-based sample, which did not approach statistical significance.

In their report published online in Molecular Psychiatry, they acknowledged that crime "is a complex phenomenon, and the outcome is shaped by both genetic and environmental factors."

But that doesn't mean that genetic contributors cannot be identified, they argued. "It is plausible that while research of the genetic background of criminal or violent behavior is hampered by many confounding factors, focusing on extreme phenotypes might yield more robust results," Tiihonen and colleagues wrote.

"This was demonstrated in our analysis on the association between rs11649622 [variant in the CDH13 gene] and MAOA genotypes versus the number of committed violent crimes, showing clear dose-response effects."

Stephen Montgomery, MD, director of forensic psychiatry at Vanderbilt University in Nashville, told MedPage Today in an interview that the study was interesting in that it identified genetic contributors to violent behavior with a plausible biological basis.

Nevertheless, said Montgomery, who was not involved with the study, the relatively low population-attributable risk meant that there is no immediate practical application, since many individuals carrying the risk alleles identified in the study have no history of violence, and many violent individuals don't carry them.

In an initial discovery phase, Tiihonen and colleagues relied on genetic information obtained from 215 nonviolent offenders and 622 individuals convicted of violent crimes. In the latter group, 84 had committed 10 or more violent crimes and were considered "extremely violent offenders." Specific crimes included a variety of homicides and attempted homicides. Persons convicted only of sex-related crimes were excluded from the study.

The researchers then sought to replicate the findings in a second offender cohort consisting of 114 murderers who had undergone forensic psychiatric evaluations "because of the extreme nature of their crimes." A different population-based survey sample served as controls.

The finding that certain MAOA/CDH13 variants were more common in the recidivist violent offenders first emerged from a genome-wide analysis that used one population-based survey sample as control. The association with these variants was then confirmed in comparisons using different population-based samples as the controls.

A negative finding of note, Tiihonen and colleagues indicated, was that the genetic associations were specific for violent crime and were not significantly related to substance abuse or to antisocial personality disorders generally. Moreover, they said, "[records of childhood] maltreatment did not modify the risk in any way."

They noted that the link between violent behavior and loss of function in MAOA activity made biobehavioral sense -- the enzyme is involved in dopamine metabolism, and diminished activity has been linked to aggressive behavior in rodents and in humans.

The involvement of CDH13, a mediator of neuronal migration and proliferation, is more of a mystery, the researchers acknowledged. Earlier studies have suggested a role in neural connectivity such that sequence alterations could create a basis for impaired impulse control, Tiihonen and colleagues suggested.

The study was funded by the Finnish Ministry of Health and Social Affairs through the development fund for Niuvanniemi Hospital, Finland.

Some co-authors disclosed receiving funds or grants from Instrumentarium Science Foundation, Orion-Farmos Research Foundation, and the Academy of Finland.


Tiihonen and co-authors disclosed no relevant relationships with industry.
Posted by Mary Strachan Scriver at 10:01 PM