THE BIG BAD WOLF AND THE DELINQUENT PIGGIES 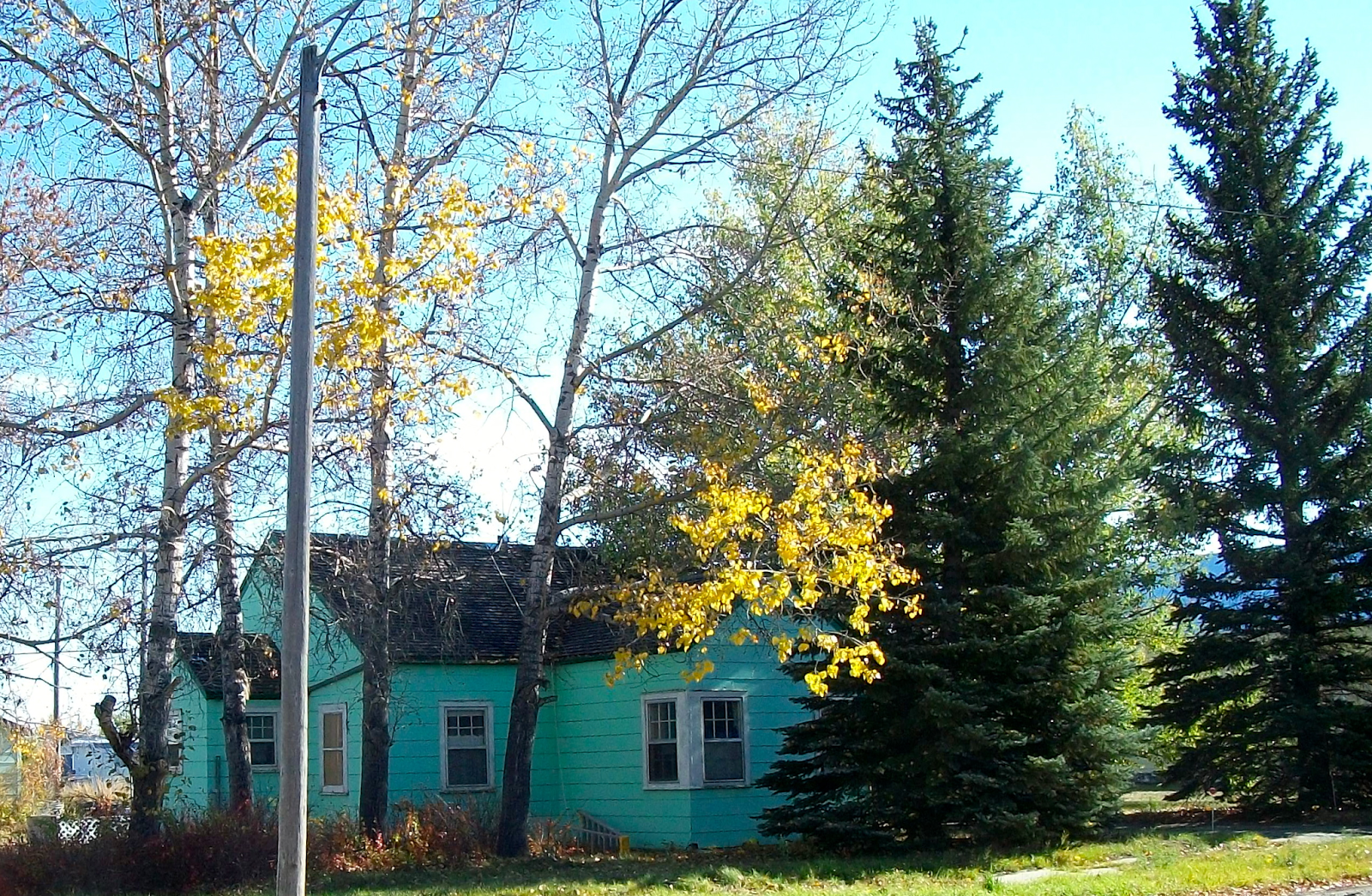 It started when I was notified that my property taxes had not been paid in 2013, which surprised me greatly.  So I began doing research.  Much of it was simply stories from the people I contacted.

For instance, A woman from here went to get her trash roll-off punchcard from the county treasurer.  The system is that there is a big caged set of roll-off bins at the edge of town and to keep things equitable, one gets an annual punch card that lets you take out X number of loads of household trash before having to pay to dump.  Contractors and so on who fill up the bins quickly will pay more.  This woman discovered she could not get a trash roll-off punchcard because they are issued only to the owner of the property and she did not own her property anymore -- someone had paid the delinquent taxes on her house and now had title to it unless she paid them back the amount of the taxes plus 10% interest. 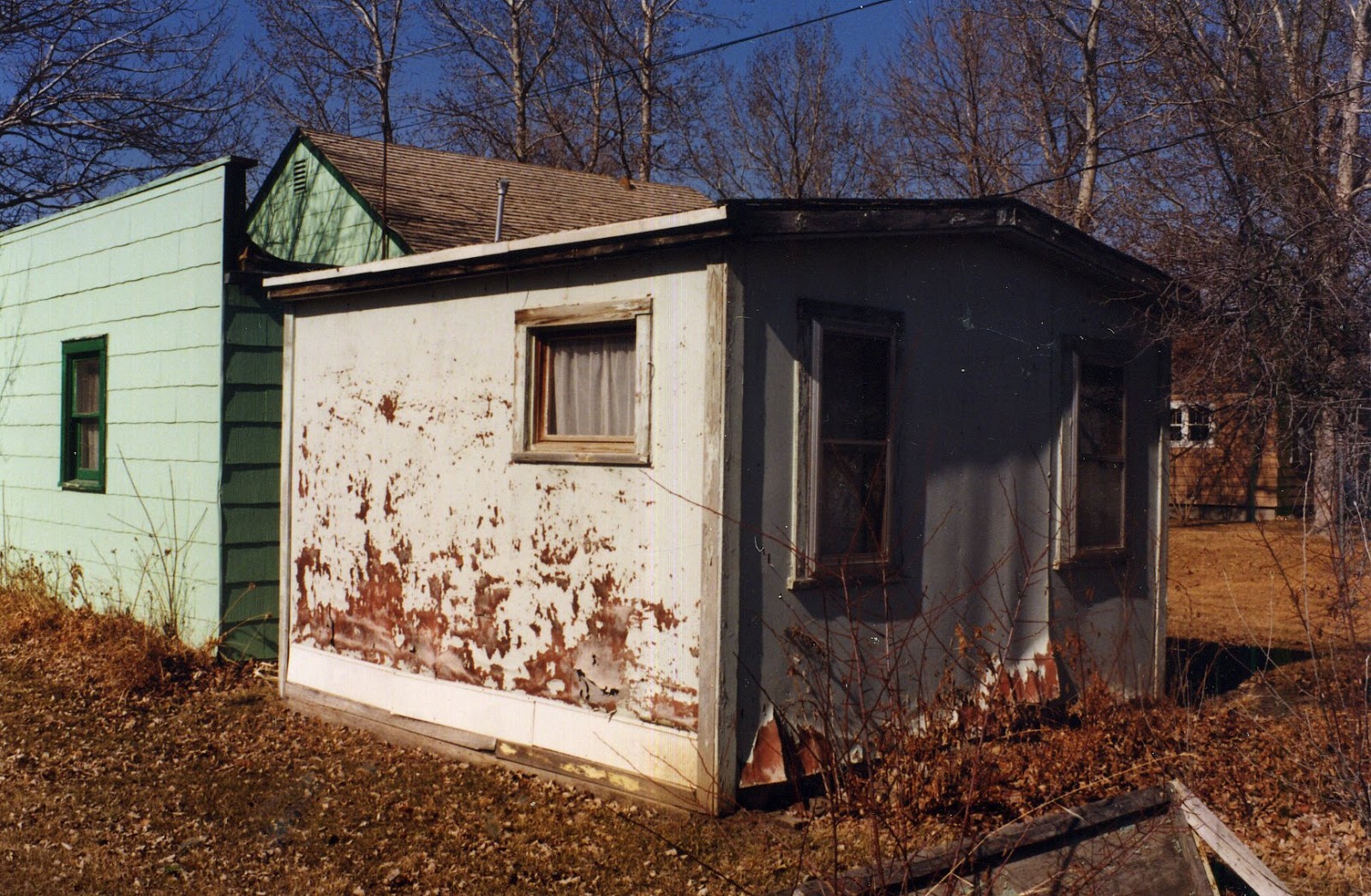 While I search for proof that I did pay for 2013, I quickly went to Conrad and paid the amount said to be owing.  The staff there showed me a document of maybe half-a-dozen pages of computer-generated closely spaced entries, a list of everyone in the county who owed delinquent taxes.  When I got home there was a certified letter at the post office, one of a packet an inch thick saying that my property taxes were delinquent and “Sunrise Investment Group LLC” would acquire them.

The information about which properties can be acquired by paying overdue taxes used to be hard to accumulate: someone had to go to the public records at the county seat and sit searching for hours, copying out the ones wanted.  Now it’s a few moment’s work at a computer to generate the complete list.  One doesn't even have to be there in person.  That means no one sees the face of the searcher or knows who they are.

In theory, people who deal in land and money deals are supposed to be registered and the names of their human managers listed.  But the next little loop the computer throws into the rope is that these state records are also “untouched by human hands.”   However they were aggregated in the first place, unless there is some irregularity, everything is pretty much automatic and computer driven online. What this means is that no one I contacted at any level of government had a record of who these enthusiastic delinquent tax buyers are.

On the “Notice of Pending Assignment (Pursuant to 15-17-212(3) and 15-17-323(5), MCA) that came to me “certified”, so that I had to sign as proof that I received the letter, the sender is identified only as “Sunrise Financial Group, LLC,” followed by a written scribble in ink.  No name was typed under the line to show who scribbled, as is conventional.

At http://www.krtv.com/new/great-falls-company-stops-2-million-grant-for-helena-development/  which is a story aired on Nov. 22, 2011, we’re told the Helena City Commission rezoned the Caird property at Malfunction Junction so that the Rocky Mountain Development Council (directed by Mat Rude) could complete a deal to build low-income senior housing.  The Lewis and Clark County Commission would presumably help to secure a $2 million dollar neighborhood stabilization grant.  The Montana Department of Commerce awarded the grant, but suddenly it was discovered that someone had mysteriously paid the delinquent taxes and was now the technical owner.  The re-zoning had greatly increased the desirability of the property. The mysterious acquiring entity was Investment Properties Finance Group LLC which has ties to The Parent Company LLC, Sunset Asset Management LLC, and Sunrise Financial Group LLC.  State registrations of each refers to the next one on the list until the first one shows up again.

The only human name the reporter could find was John Fried, who lived in Great Falls.  He said a) he knew nothing about this deal, b) he’s no longer involved with the company since he cut ties three years earlier (his name was still on the 2011 annual business report), and c) he wouldn’t provide contact information for anyone involved with the company.  The reporter said that “State documents list a business address in Great Falls but the building appears to be empty.”  (Fried is not in the phone book.)

The reporter discovered other interesting things.  (Her name was Marnee Banks and she now works for Jon Tester in Washington, D.C.) The automatic return on any investment in delinquent taxes is 10% or, if not paid back, the acquisition of the property.  Lewis and Clark County Tax Division reports that the Group invested more than $1 million into delinquent property taxes on more than 220 properties in that county.  The Billings Gazette reported the group paid back taxes on 315 properties in Yellowstone County in August. They said that at the time this was the largest purchase of delinquent taxes the County has ever seen.  A few years earlier the Montana Land Project invested in a lot of back taxes: the business has the same address as the Investment Properties Finance Group.  Rude said he knew nothing about any of these companies.

I was able to find references to more names:  Paul C. Husted, who is an “Edward Jones” financial advisor; Greg Franczyk, a State Farm Insurance rep; Michael Plumber, Scott A. Smartt, and Paul Husted.  I haven't contacted any of them.

The following material came from googling Bloomberg Business Week and Sunrise Financial Group Inc.  I couldn't re-format it.  There was no information on board members.
________

Mr. Nathan A. Low is the Founder and President at Sunrise Securities Corp. Mr. Low founded the Sunrise Securities Corp. in February 1992. Mr. Low is the Founder of Sunrise Technology Marketing Corporation. He serves as a Consultant at Blackhawk Partners, Inc. He also founded and serves as the President of the Sunrise Financial Group, Inc. since August 1991. Mr. Low serves as a General Partner at Sunrise Equity Partners, L.P. In October 2003, Mr. Low founded and became the Managing Partner of Sunrise Equity Partners, L.P. Under his leadership, Sunrise has raised in excess of $2.5 billion for over 60 domestic and international public and private companies, using a variety of financing products including traditional debt and equity as well as innovative equity-related financing instruments. He served as the President, Secretary and Director of Iron Sands Corp. and Trenton Acquisition Corp. from January 18, 2011 to May 26, 2011. He served as the President, Secretary and Director of Putnam Hills Corp. until May 26, 2011. Mr. Low is a Member of Special Advisors Team at Blackhawk Partners, Inc. He has unparalleled investment banking expertise. Mr. Low began his Wall Street career at International Rectifier Corp. Thereafter, he worked at Salomon Brothers, Bear Stearns and Prudential Bache in various trading and arbitrage capacities. He serves as a Director of Infra-Com Ltd. He served as a Director of iSuppli Corporation. Mr. Low graduated Cum Laude from Harvard College in 1982. 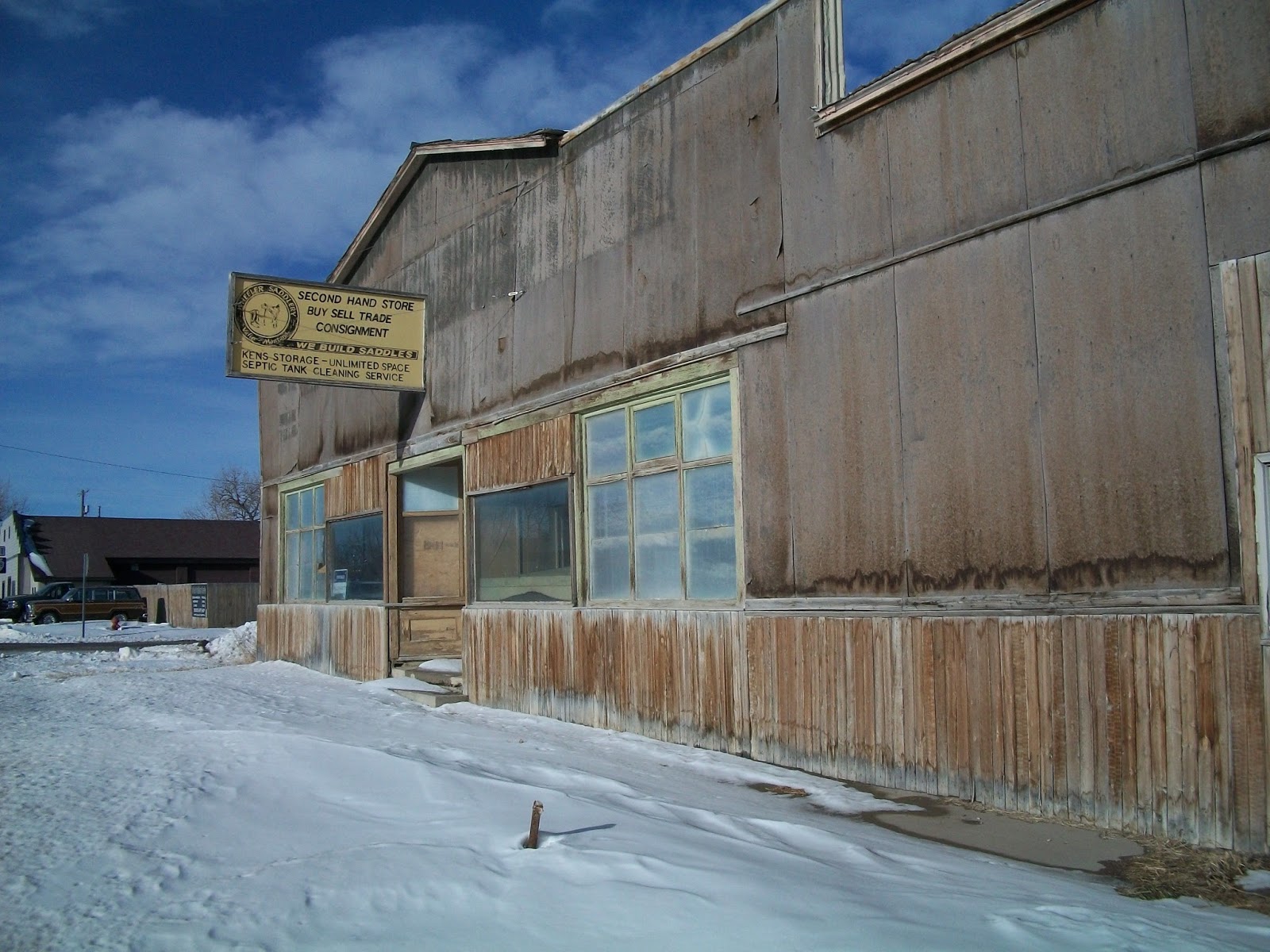 They’ve done Pondera County a big favor, since the mailing they sent coincided with the county’s mailing of tax bills.  People who could were quickly paying their delinquent taxes.  But one of the dilemmas of managing Valier is that there are so many old people, poor people, ill people, absentee people, and so much property already in the hands of institutions like nursing homes or the county itself.  Some are being allowed to deteriorate for various reasons.  At the same time, infrastructure costs are going up in town.  The really valuable acquisitions would be acreage land that might have oil or undeveloped ag potential.  The buyers, whoever they are, indicated they were not interested in the fractionated rez land where each allotment might be owned by a hundred tribal members, many of them in unknown locations.  (Those who are recorded with the federal management BIA receive a fraction of whatever profit the land makes, but it can be only a few dollars.)

My understanding of property law and investment opportunities is pretty faint, but if I owned a whole lot of properties bought by paying the delinquent taxes and therefore with rather doubtful prospects of being reimbursed at ten percent, I would “bundle” the titles, sell them as a group represented as high value Montana property, and thereby create nearly untraceable “toxic assets.”  It amounts to another form of fractionation. Assuming I cared only about money, of course.  The kinds of businessmen who know about this sort of thing are lawyers and, of course, insurance companies.  Because of their insight and control over such matters as land ownership, they are supposed to be closely regulated, registered, and monitored.  They are also the kind of people who become legislators and write the laws that regulate such matters.

It’s been long enough since the Great Depression that the old terror of losing one’s home has abated -- probably a little too much.  Some people tend to take a cavalier attitude towards the powers of the state and strategies of the rich and powerful.  At the same time we are buffeted by economic forces no one seems able to control.  Maybe it's because we don't know who they are.

As I got deeper into this story, I found a very dark example.  I'll get back to you with more.

How can I get my property back?

Please keep Me informed on this story as I know people who have lost or may lose their properties because of misfortune. I almost lost mine a couple years back too. Thank you!

Thank you for writting all this. It just goes to show that the rich keep getting richer and the poor keep getting poorer. They keep raising the taxes and people can't keep up. People who don't care step in and swoop up the property just to turn it and hopefully make a profit. It damn sure isn't right. If I ever win the lottery for more than my usual three dollars, I will start a company to help people pay their taxes AND keep their property.