SEX AND THE CLERGY 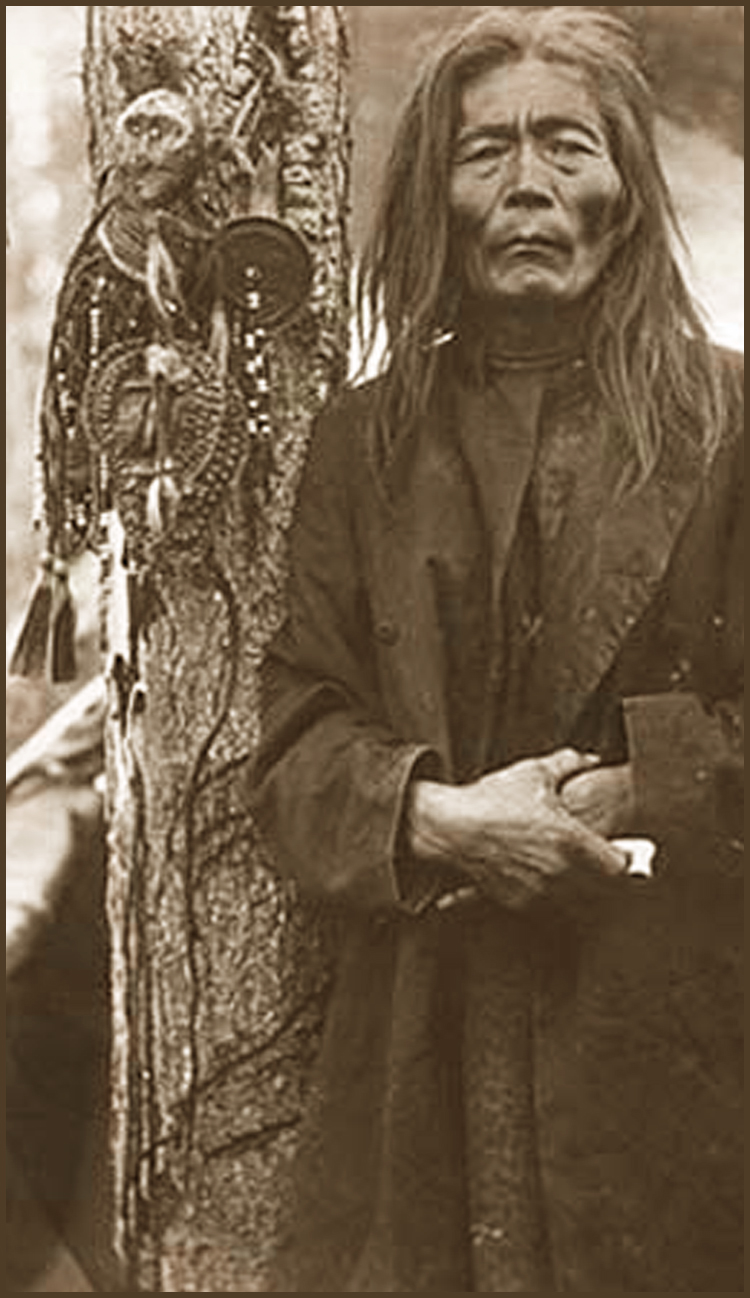 The sexual morality of the clergy depends upon the context.  The shaman has no concern for the standards of contemporary urban dwellers.  The sequestered meditating person may pray for the poor and suffering but never see them.  The priest must live a celibate and sometimes impoverished life in the midst of opulence and abandon, listening to troubles for which he can offer only otherworldly comfort unless he accepts secular counseling techniques.  The protestant evangelical lives in a world of emotion that can overrun its boundaries.

I entered the ministry thinking it would be an intellectual path, simply putting such sexual matters as family and lovers behind me.  I was forty years old, two hundred years out of sync, and the wrong gender.  Two changes had come along: one the sexual revolution of behavior once the pill really worked and the other a "leveling" of clergy, insisting they were no better than anyone else.  I didn't really pay attention to either one. 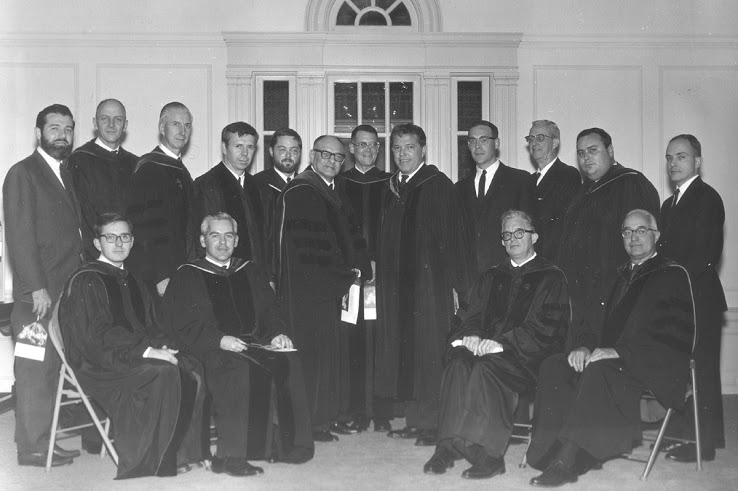 Installation of Clarke Wells, 1966, Portland, OR

At the time, 1978, I had just been gob-smacked by PNWD Leadership School, a retreat situation meant to put people in touch with themselves and lower our barriers against others.  It worked all too well -- we were supposed to become lay leaders but I wanted to be a minister, to know everything and everyone but only professionally.  There was doubt about what "professional" meant. http://www.uua.org/governance/leadership/199065.shtml
Okay, there was a little arrogance and pretension in there.  In the Pacific Northwest District of the UUA, most of the pulpits were occupied by physically vital, intellectually superior, well-respected men.  Men.  There were one or two women, mostly entering through their personal relationships with those male ministers.  Other women aspired to that, one way or another.

One satellite minister -- out of fellowship -- sometimes was mentioned and other times not.  He was gay and predatory.  Secretly, there were troubles afflicting others, maybe most of them, addressed by a Good Offices member of their company and also by a buddy system that partnered men in pairs like cops, who then had the obligation of listening and -- in an extreme situation like alcoholism or prowling -- intervened as much as they could.  Often men ran into oppositions with their congregations, who were characteristically defiant and questioning.  This was part of the reason for devising Leadership School, which included large quantities of organizational design.

In those days money was not so important as it is now.  There were no older women in reduced circumstances seeking pulpits, no beginning clergy unable to find placement, not so many of the tiny marginal fellowships out there somewhere.  Big city pulpits in affluent communities, relatively stabilized after the wild Sixties and Seventies, were close to being sinecures.  We didn't realize how good the times were. 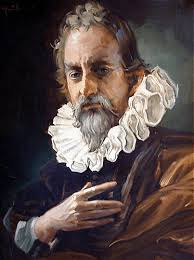 Portland First, after what seemed like a century with devoted, idealistic, professorial men like the Eliots and Steiner, boomeranged (as so many congregations do) to Clarke Wells, charismatic and brilliantly verbal but maybe a little too inclusive, who buckled under the pressure of homeless hippies sleeping in the pews when one of their more psychotic members set the church on fire.  After that, solidly conventional church-builder Alan Deale created a civic footprint that would last past his retirement through another boomerang: one of those sweet feminists who counseled so much comfort and ignored the meat-market aspect of such approaches.  By then the Michael Servetus singles group for cruisers had sort of self-snuffed and was only a joke:  Servetus was a crusty old monotheist who was burned at the stake by John Calvin because he wouldn’t mute his obsession.  He never threw his car keys into the middle of a circle to see who would go home with him.

Today nothing will hurt the established Portland First but arrogance or failure to adapt.  Their current senior minister was formerly the president of the UUA.  “The Emerson Avenger” does not spare him, though I have no idea what evidence he had, but the situation lends itself to playing the race card against the sex card.  http://emersonavenger.blogspot.com/2009/01/uua-president-bill-sinkford-alleged.html

Ultimately, the pot on the table will determine who wins.  Portland, the city, is booming now.  When it begins to collapse, Sinkford will be old enough to retire. 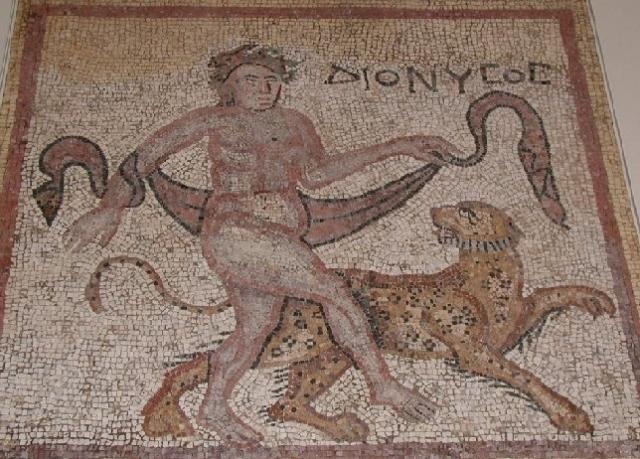 Not the Vicar of Dibley

Men in my congregations approached me for sex, straightforwardly, so I returned the attitude:  “I charge a helluva lot more to be the temple whore.”  They thought I was stuck up and punitive and went away.  Goodbye.  In other churches things were more flexible.  One woman minister told me she slept with a guy who bought her a car which she really NEEDED.  Another laywoman told me proudly that she’d slept with every UUA president until she aged enough to lose her charm.  It wasn’t that long ago.

Sex, physiologically, is not in the genitals but rather (this is provable on fMRI scans) dwells in the cortex between the neurons for violent control and those for tender nurturing, both of which are components of spirituality but not bureaucratic institutions.  One minister tenderly counseled married women in their own marital beds, assuring them that they needed to have a man show them how to make love “properly.”  Found out and ejected from all recognition or endorsement, he was charming enough to be hired by a clueless little church where I assume he went on being a dog.  (UU’s are congregational polity -- no one can tell a congregation what to do.) 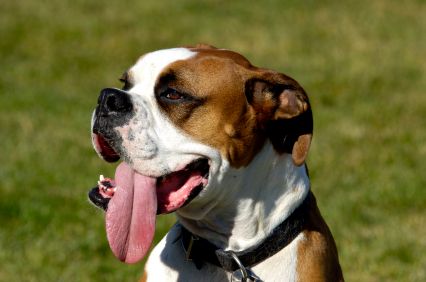 A woman minister discovered her husband was having an affair.  He left her, so she and the woman’s spouse had a little affair, which consoled them both, and then she decided men were too much trouble and has had a happy and faithful female partnership in the decades since.  Not everyone is capable of such freeform adaptation, nor is every congregation capable of following the “order of service” in such cases. 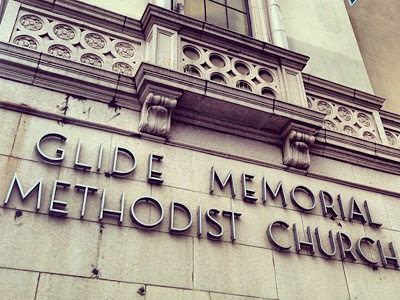 An honorable church that serves those on the edge.

Clinical Pastoral Education is a program meant to help future ministers handle the challenges of the real world by confronting their own obsessions.  My specific leaders used the teaching vids of the Glide Memorial Church, which has since become a foundation.  The films showed people having real sex in various terms: newlyweds, oldsters (pre-viagra but they’d found vibrators), and idyllic sybarites on a tropical island with unbelievable staying power but without clothes.  The most perverse part of the session was the snickering leaders (all male) enjoying the discomfort of the nuns in the group.

The main rule of sex, if you have the luxury of safety, is like that of driving at night -- don’t drive so fast that you can’t stop within the reach of your headlights.  That will vary with the state of the vehicle, the road and the weather.  The old joke the PNWD ministers used to tell was about how to sneak around safely by driving far enough away not to be recognized.  Travel a hundred miles away to have sex with someone not your spouse, five hundred miles away if the escapade is same sex,  and to a different state if it’s interspecies.  (Sheep jokes go here.)  As the politicians are discovering, in the Internet Age there is NO safe place.  Therefore, don’t do anything you wouldn’t want on YouTube.

Only the indigenous shaman lives where the real world doesn’t impose restraints.  Remember that ayahuasca will make you puke, which will probably not attract a congregation.  Those are the people who write the checks, baby. 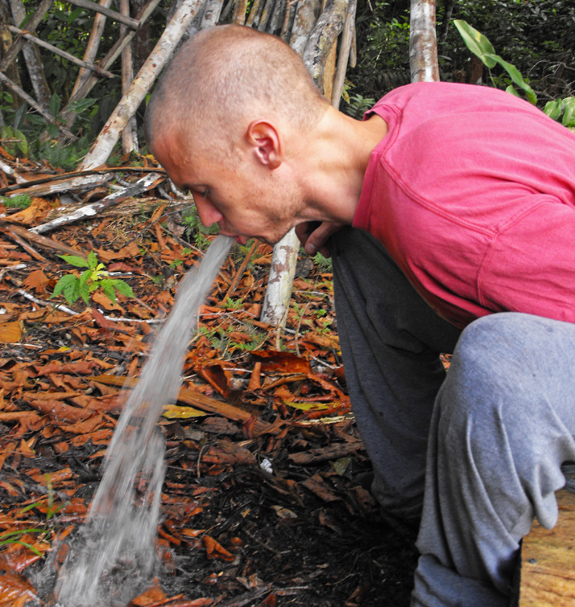 Rev. Debra Haffner, identified as a leader in dealing with sexual abuse among UU clergy, clearly saw me as someone suffering and deserving pity, which she provided, along with a reminder of how exalted she is. She doesn't suspect that I consider her an equal. Her response to the ladies and gentlemen professionals of the UUA is guidelines, codes, and education. The next email from her was solicitation for a donation.