MARKERS: US v. THOSE OTHER ROTTEN NUTTERS 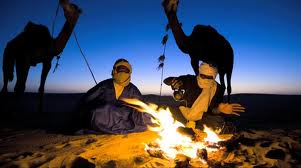 Art Wolfe, brilliant nature and culture photographer reports that when he was photographing Arabs out on the sand with camels, he had to wear a turban.  Not for questions of social conformity or weather, but because his ball cap freaked out the camels.  We all know dogs who would love to attack mail carriers, unless the carrier is smart enough to carry treats.  But few of us realize how much we act according to our unconscious animal prejudices.  It can be embarrassing. 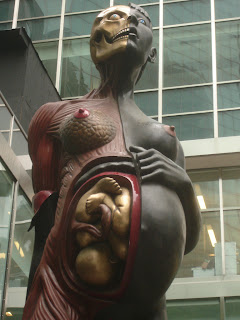 Besides these physically intense situations, there is a whole other set of assumptions and practices surrounding the social practice of stigmatizing.  At the simplest level, stigmatizing is about who is in and who is out.  You want to be “in” the group that will take care of you and admire you.  You want to be “out” from a group that thinks you stink, you’re ugly, you’re evil, you’re fair game for mockery and assault.  Or is labeled that way by the powerful majority. 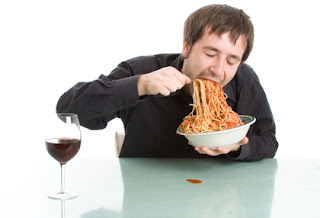 So simple a thing as “manners” are markers for stigmatizing.  Clothing, posture, accents, are all clues.  Table manners count.  Last night I watched “Cleanskin” (Brit slang for spies who aren’t known.)  The cold killer from Afghanistan ate by folding his food into flatbread and stuffing it into his mouth with his fingers.  He mocked the young recruit who ate neatly with fork and knife as “Englishfied.”  But the movie makers know that it will be English-mannered people who watch and they will side with the young man, though he is about to become a killer as well.  Script-writers shaping society.

Today in the US where the media has taken charge of so much stigmatizing, there are products to prevent bad breath (maybe that’s where it started), body odor, farting (Bean-o), burping, bathroom smells, menstrual smells, staining, or any sounds of internal organs gurgling.  Seventh graders, who begin to smell as their sex hormones come online, learn that they should never smell like themselves, that they should become clean and featureless so as to add back commercially produced products.  Neither is one supposed to make bodily noise, like smacking the lips or grunting or making sexual sounds with your arm pits. 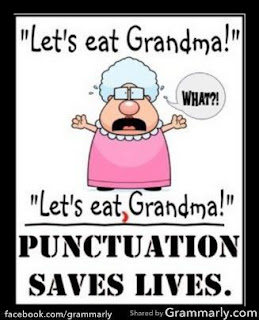 But there’s another level: grammar.  Swearing, esp. using words from the Anglo-Saxon four-letter word vocabulary which was once a marker of class, is only sounds, but it carries stigma, so that kids who defiantly say “fuck” are claiming membership in their own group.  It cuts both ways.  Once I tried to explain the word “vagina” to some boys who didn’t know it meant “cunt,” which was a word they knew.  I finally had to go to using that word.  They had been throwing around the Blackfeet word.  Everyone always learns the naughty foreign words first and most easily because of reactions.  Explaining stigma markers will stigmatize a teacher and become grounds for dismissal.  Authority figures like to have people in their control who will maintain the markers they like for those who are low class and less worthy.

Saying “ain’t” or “I seen” are common grammar stigma markers.  More subtle ones are confusing “good” and “well” or other niceties like plural, gender, time.  Programs that point out all this -- are very popular among the ambitious and immigrant who want to erase stigma.   Making hair conform to society’s notions is a mild version of having plastic surgery to remedy a big nose or a missing chin.  One always has the junior high problem of conforming while remaining unique.  Some overshoot and become grotesque. 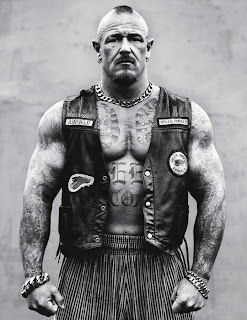 A really potent stigma can become protective, marking a person as belonging to a powerful group.  Among the stigma-bruised on the rez it’s a good protection to belong to a motorcycle “gang” with all the media-encouraged Hell’s Angels associations, as powerful as the imagery generated by the Indian wars.  Such stigmas seduce the skin-heads and pull in Nazi references.  Jesus-in-the-sky-with-nightgown used to carry supernatural power, but no more.  Pope Francis is right to discard the red shoes, the fabulous vestments, the Popemobile, because they are now stigma of child molesters, defenders of the rich and fossilized.

Medical people -- previously responsive to the ill, the traumatized, the starved and wounded -- have discarded their markers of white coats and little black bags.  They have lost the stigmata of virtue.  Maybe it started with the realization that they were germ vectors -- they’re telling us now that stethoscopes, those icons, are contagious.  Maybe the white coat became a symbol of cold science, the lab rather than the clinic.  Wearing scrubs was once practical for people who did a lot of washing of muck and blood, but now people wear them casually on the street, even stained with food.  The doctors we respect are the Medicins Sans Frontieres  risking their lives in $8000 space suits and three layers of gloves. 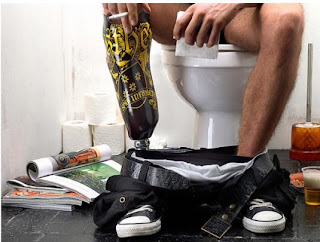 Don't assume you know what's under the clothes.

A male writer in his eighties, a man of enormous talent and understanding, expressed his appreciation for me (in my seventies) by saying I should edit a magazine.  NOT write.  MEN are writers.  WOMEN are office workers.  I suspect he still figured out why I got mad.

Street boys who have been excluded from their original families, or who never had one, can form groups that function as families would have.  We who are outside them may find them threatening, particularly if they are into drugs, sex, and violence as their defensive stigmas, imposing them on the rest of us so that we are certainly justified in resisting and eliminating them.  They’re not stupid: they aim to fit in, like everyone else but with some subtle marker.  Probably not a purple mohawk.

It’s important not to mistake the outer markers from what one is on the inside, which is easy to do even in one’s own case.  The biggest danger of these stigmata of everything from sex to table manners is attracting something one can’t handle, whether a job assignment or a night encounter in an alley.  Stigmata are dynamic.  We’re learning from neurological research that many values and characteristics are not what we thought they were.  Sex research has discredited binary notions of gender.  Old and fat are not what they used to be.  Neither are young and skinny.  We’re rethinking drugs.  One no longer needs to risk death to have a baby, but it should be stigmata of virtue to nurture one already born without a family.  It is a marker of demonic motives to inseminate a person against their will or while they are unconscious -- quite aside from the suffering of the victim:  what about the suffering of the resulting child when it is socially excluded. 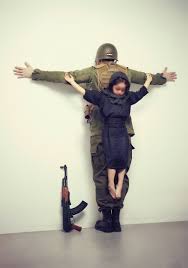 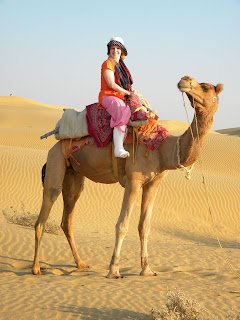