WHAT I'VE BEEN STREAMING 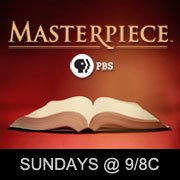 Maybe it’s a practical and pleasant thing to do just before Thanksgiving to list some movie recommendations.  I watch every night after supper for a few hours.  All of them are either Netflix streaming or discs plus PBS streaming, which is low quality as far as streaming goes but high quality in terms of the programs.  I finally had to start a list because I’ve watched so many that I’d be five minutes into a program before I realized that I’d already seen it.

I like a series because the computer at Netflix keeps tracks of where I was and just starts me up again.  I watch them right out to the end of the episodes.  After an interval, very often new episodes will be added, so I return. Mostly they are murder mysteries:  “Miss Fisher’s Mysteries” or “The Black List” (I still haven’t watched all of the “Alias” episodes, which this is frankly and purposely very much like, but the series that run a really long time begin to be thin of plot and repetitious of dialogue.)  I don’t like “Miss Marple” or “Rosemary and Thyme” or “Blue Murder”  all that much.  It’s not so much that the protagonist is female and sturdy rather than glamorous, but more that the scripts are usually dumb. 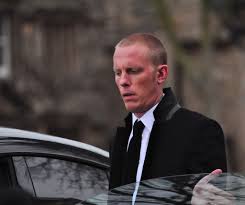 I dearly love “Morse” and “Lewis” and “Endeavor”, which are similar, one unfolding out of the next.  Sometimes I think “Lewis” is the best of the bunch because of Laurence Fox, who has the same quality as Cumberbach when he’s in the right role: a kind of concerned and gentle awareness of a punishing world.  Fox doesn’t do magic tricks and I think it diminishes Cumberbach when the Sherlock character gets too much into prestidigitation.

“George Gently” is okay but dated because his helper is so mod, such a social comment on ignorance.  “The Bletchley Girls” is also dated, but in a good way.  I’ve watched many of the WWII Brit shows and like them very much.  “Winds of War” gave me mixed feelings.  Mitchum was just being Mitchum, which is his best trick (and quite a conscious and deliberate one), but Ali McGraw. Jan-Michael Vincent and even Polly Bergen to some degree, were doing the same thing and they are NOT attractive people as far as I’m concerned.  I don't mean the characters they played.  I mean THEM.  “Enemy at the Door” was quite the opposite.  “Spiral” is a French series, FAR more cynical and existentialist, more about the shadows that wars cast afterwards in terms of suffering, crime and police overkill -- literally.

I look for movies from Australia or the Scandinavian countries, which often collaborate together, sometimes with Ireland.  “Wallander” is quite exceptional. These scripts are beautifully crafted, and I love his house right on the stony beach with a small yard and a long view.  Jussi is the nicest dog around, though he doesn’t act as much as the golden retriever in the similar but quite American "Jesse Stone" series that features Tom Selleck.  I suppose a dog acting is an editing illusion, mostly.  Maybe not. 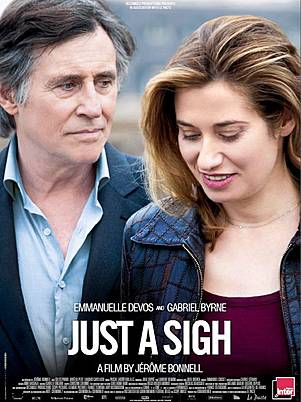 Devos was also in "Violette" about a supposedly ugly writer.

There were some tender but melancholy “women’s films” that I mostly watched because of the cast.  “Just a Sigh” is about a woman at a bad point in her life who runs into a stranger with an unaccountable pull on her.  She follows that pull, they make love, then they separate.  It’s that simple, but somehow it unties a knot in her and is a bit of a rueful gift to him.  Not a lot of talk and philosophy.  Beautifully filmed. 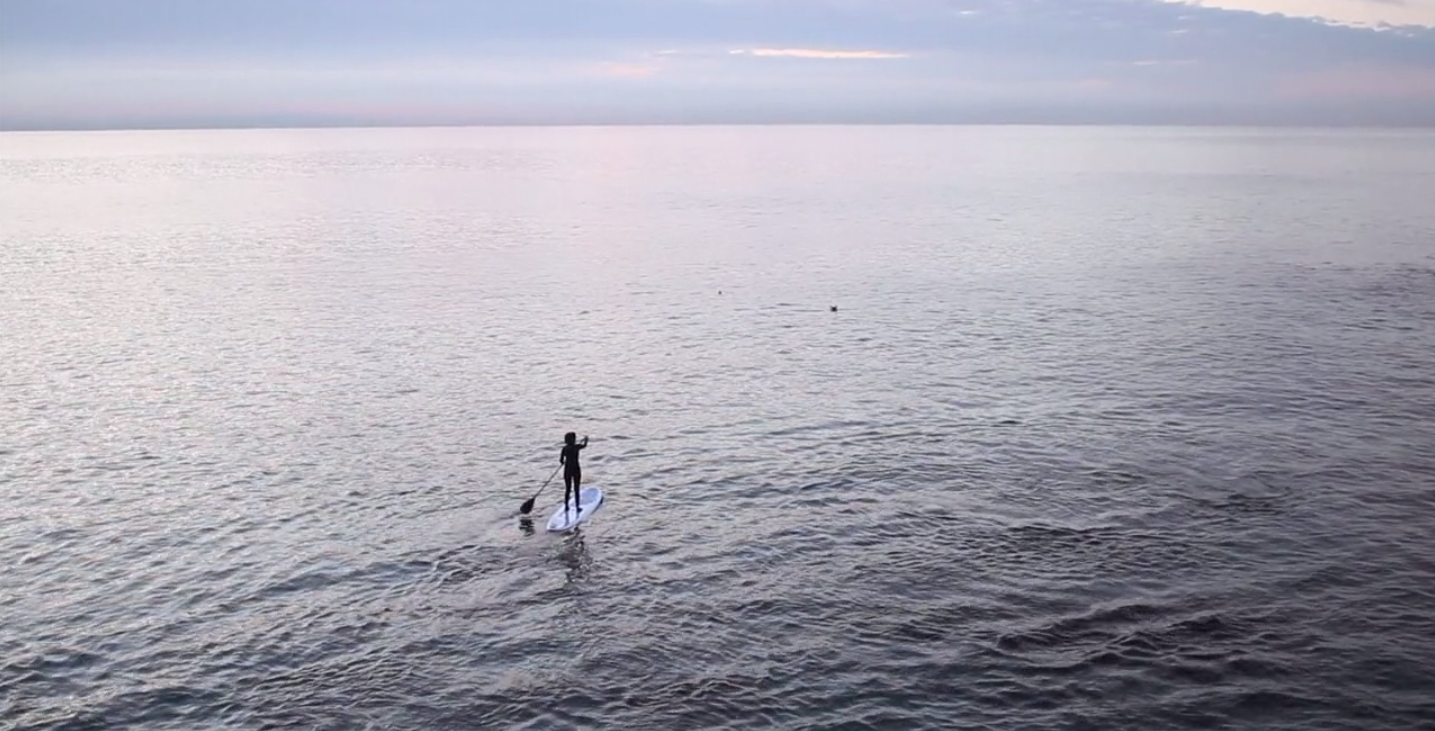 “All the Light in the Sky” is almost a California version of the Wallander kernel: aging, living on the beach, wondering.  But Wallander knows what he's about.  This fortyish woman is living in an apartment on the beach in Malibu where she starts every day with a stand-up surfboard, wearing a wet suit.  One paddles instead of surfing.  Her acting career is probably over.  Everything is full of symbols and speculation as she intersects in the bonobo way with several men, one attached to her niece who comes to visit.  None of them have much impact.  It’s all gliding on the surface: beautiful, not particularly challenging, no future, flat horizon of sea. “Stay” (the 2013 one) is a little similar.  None of these films reach the impact of “28 Hotel Rooms.”

I watch “House MD” when I get tired of the near maudlin.  He’s acid, cynical and absurd enough to clear anyone’s palate.  There’s character-driven comedy and pretty accurate psych speculation, but the medical part is totally baloney and the patients end up with brain surgery for the common cold.  It surprises some that I despise British comedy with these sorts of premises -- indeed most Brit comedy altogether -- which makes some people angry.  I don’t get the reaction to my preference or my reaction to the genre, but I think it is because of the class assumptions almost always embedded in those series.  Dr. House is cynical, but he’s liberal, including everyone and on the side of justice.  Brit’s terrible infection is contempt for anyone “lower” and derision for anyone who stumbles.  Some people really like that.  A lot of people around here ARE like that. 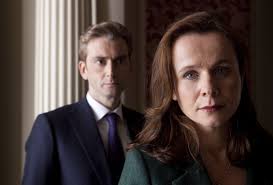 The political series are okay and I chug along with them, but get restless unless the production is very high quality with excellent actors.  “The Capital,” “The Contender,”  and most recently the PBS/NBC “Warricker.”  “House of Cards” is a winner.  In that, I agreed with the general public but I couldn’t stand “Breaking Bad” or “Orange is the New Black”.  “The Politician’s Husband” I watched because of Emily Watson.

When it comes to the general run of gun-and-run, I run, but the algorithm never gets that.  They keep suggesting more.  The list of Favorite Videos in Great Falls is a “never watch” list.  Same with Hunger Games derivatives and vampire movies, even if they have Indians playing major parts.  I never watch any sports movies. I tried to watch “Peaky Blinders”, but didn’t like it.  Not sure why.  I love Cilian Murphy and Sam Neill.  Maybe I’ll try it again.

But I love the Baltimore cop shows starting with “Homicide” and going on through "The Wire" and so on, the same as I love all the NYC Bochco tales and all the versions of “Law and Order.”  Partly it’s because they’re repertory with the same actors developing and partly because the writers are usually people with a little world experience and not just California suburban kids with connections and a blue screen.

I wander off to the counterwhatzits now and then:  “Venus in Furs”, “Five Dances” and “Test” and love them dearly.  There are never enough Westerns that stream and aren’t a thousand years old.  I’m not big on musicals, but loved “Rent.”  Strangely, Netflix has a formal category called “strong female leads” but nothing called “brilliant but flawed Alpha men.”  I guess that’s supposed to be the norm, but most of them just have muscles and good stuntmen.  I’m thinking about “Gore Vidal”, “Harry Dean Stanton”, and one that really engages me:  “Shepard and Dark”, about the quiet friendship between two men, a good example of a vid I bought so I could watch it many times.  Therefore it never factors into Netflix’ streaming algorithm. 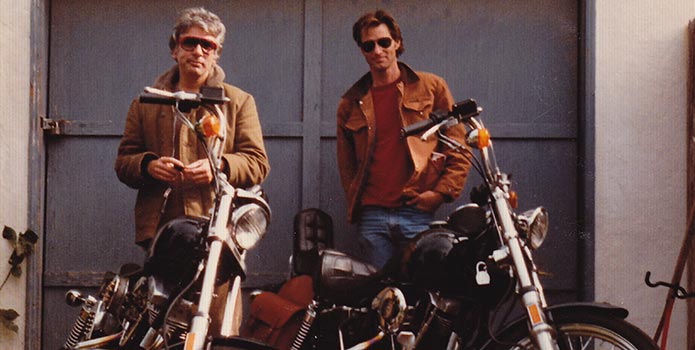 Maybe that’s the real point of this post, that no formula can ever catch personal preferences.  Partly I’m not aligned with a community, partly I’ve bought the vids I really love, partly I’ve already watched so many of these shows long ago: every BBC mystery series of any prominence.  There are some actors I will NOT watch.  The National Geographic films about animals are gorgeous but hokey and skewed liberal.  I did like the one about parrots, but it was painful.

Netflix’ “Virunga” has a lot more grip to it and the images persist in memory, not because they are stunningly gorgeous (which they are) but because they sum up a concept that is sort of pre-verbal but powerfully meaningful.  “Sounds of Sand” is also anguished but vital.  “The Age of Uprising” is another grimly powerful film, but not documentary.  All of these stories tell something crucial about being a man, about strength and suffering but not just a shootout or a car chase. 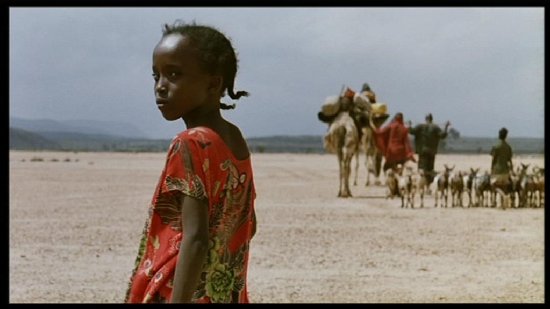 On the one hand, making this kind of list is banal and useless, but on the other hand it is to me a a tracing of a personal course in writing -- not necessarily screen writing.  I learn, I learn, I learn.