A RE-BLOG ABOUT THE MAGEE PHOTOGRAPHIC COLLECTION 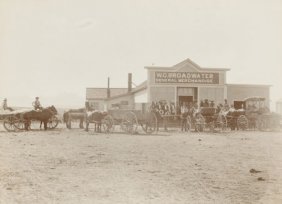 A Thomas Magee photo: the town square in Browning, MT
This is the Broadwater Merc, which may be the building Bob disassembled to get the lumber for the
Scriver Museum of Montana Wildlife, now the Blackfeet Heritage Center.

My intention was to post only Magee photos here, but I find that most of what's online is unattributed, even the ones who managed to get the names of the people who posed.

At least I managed to find photos with dogs in them: 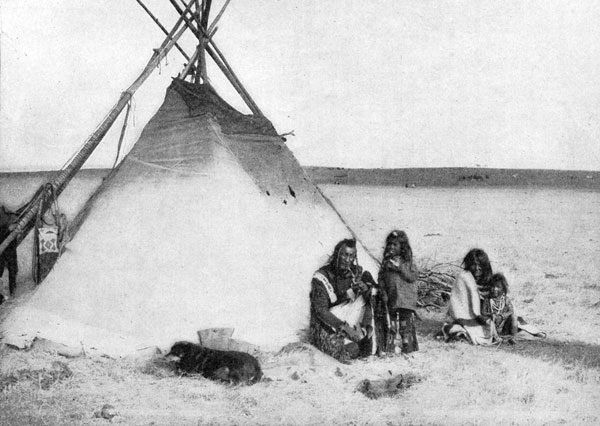 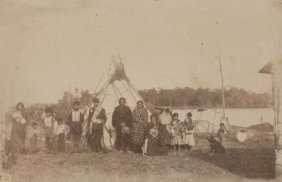 But this is the same location with more people and seems more like a Magee. 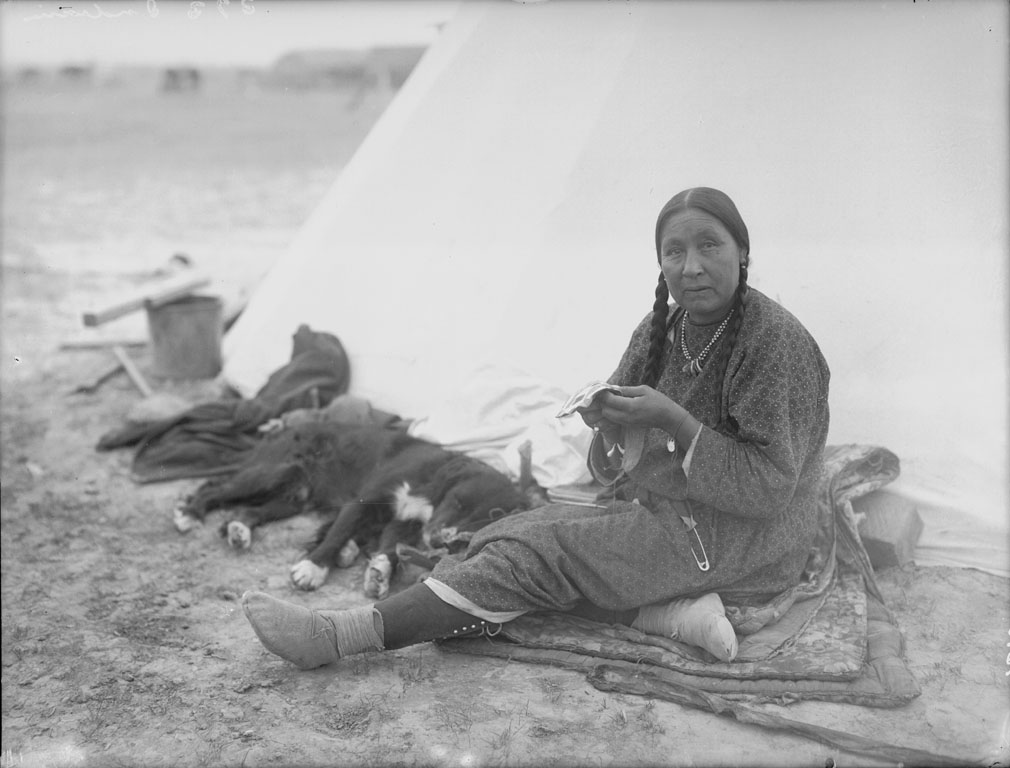 This is a favorite of mine.  Magee's photos tend to be these relaxed friendly scenes.
Is this the same place as the two photos above it?

The Magee Photograph Collection
The information below is from the University of Lethbridge website.  Big thanks to Nicholas Vrooman who guided me to it.

The Magee Photograph Collection contains a selection of nearly 1,000 digitized photographic negatives depicting life on the Blackfeet Nation [Browning, Montana] and in Glacier National Park [U.S.] during the early twentieth century. All materials in the collection were originally produced by photographers Thomas B. Magee, 1862-1930 and Henry L. Magee, 1896-1966 of Browning, Montana. The collection was purchased by the University of Alberta in May, 2007 from Donald L. Magee. This collection was also highlighted in OCLC's CONTENT 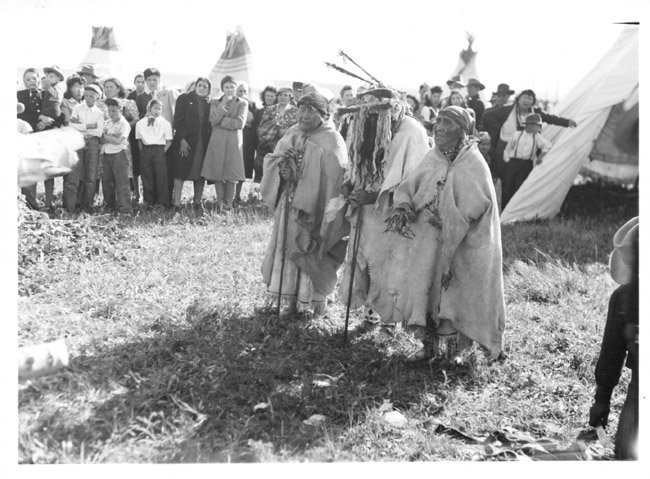 I think this is McClintock's.  The old woman in the middle is the most sacred person of all:
a virtuous mother of many whose symbol is the digging stick that brings food.
The man with thongs in his chest undergoing an ordeal is only her son.

Collection of Collections feature in October, 2008.

Thomas Benjamin Magee (1862-1930)
Thomas Benjamin Magee was born May 30, 1862 in East Douglas, Worcester County, Massachusetts. After being orphaned, he was educated in the public schools of Pawtucket, RI. He left school at the age of twelve to seek employment and, in 1883, travelled west to Montana to work in the Miles City coal mines. By 1884, he had moved to Great Falls, MT where he established the city’s first brickyard.

From 1888 to 1896, Thomas worked at the general store of Joseph Hirshberg and Company in Robare, MT and was also in charge of Joseph Kipp’s trader’s store on the Blackfeet Indian agency. He subsequently purchased the drug business of C.M. Lanning and Co. and established himself as a local businessman and postmaster. It was at about this time that Thomas and his brother George took an interest in chronicling local events and photographing the area’s inhabitants and landscapes.

In 1890, Thomas married Julia Grant who was the daughter of James Grant, an early pioneer and one of the first white men to bring cattle to Montana. In the early 1900s, Thomas, Julia and their five sons (Thomas, George, Walter, Henry and Dewey) moved to a ranch in the area now known as Glacier National Park [U.S.]. This would prove to be an ideal location for him to pursue his interest in photography. Park landscapes and the local Blackfeet tribal members became the major focus of his work.

Thomas and his wife Julia became good friends with Walter McClintock, author of The Old North Trail (1910). Mr. McClintock would often come to visit and stay with the Magee family. During these visits, Julia shared her extensive knowledge of native plants which included their names in the Blackfeet language, their uses and related botanical information. McClintock recorded all of this information and referenced it in his book. Julia was acknowledged using her Blackfeet name, “Menaki” – Berry Woman. 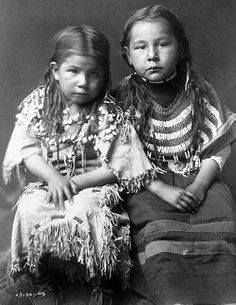 These are "Bullshoe" girls who grew up to be educators.
Henry Lincoln Magee (1896-1966)
Henry Lincoln Magee was the son of Thomas B. Magee and Julia Grant Magee. He was born on March 6, 1896 and schooled at the Holy Family Catholic Mission on the Blackfeet Reservation and the Fort Shaw Military School.

As a young man, Henry lived with his family in a house on his mother Julia’s land allotment, which was near the current Two Medicine Bridge, east of East Glacier, MT on Highway 2. It was this family home that was later destroyed by a fire that also claimed many of his father Thomas’ photographic prints and glass plate negatives.

One of Henry’s careers involved working for the Blackfeet Agency, Bureau of Indian Affairs. After the opening of the Museum of the Plains Indian in 1941, Henry took an interest in photography while working there under the direction of noted Blackfeet historian John W. Ewers. He used his camera to photograph people, events and artifacts while working with the U.S. Government’s photo collection.

Henry and his wife Agnes Douglas Magee had one son – Donald (Donnie) Lee Magee.  After Henry’s death, his son Donald inherited the Magee Photograph Collection which Henry had held in his possession throughout his entire adult life. 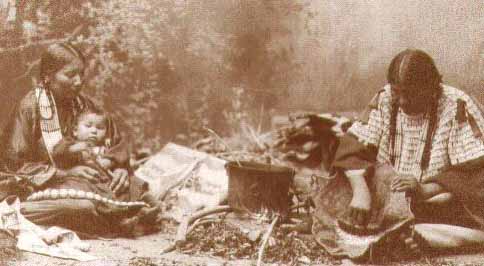 I doubt that women did their work wearing finery like these splendid beaded capes.

Donald Lee Magee (b.1938)
Donald Lee Magee is the son of Henry L. Magee and Agnes Douglas Magee. He was born on May 13, 1938 and completed his early schooling at the Blackfeet Boarding School, a U.S. Government school, and Starr School. After attending high school in Cut Bank, MT and Browning, MT, Donald enlisted in the U.S. Marine Corps.

After being discharged from the Marines, Donald married Delores Higgins. Shortly thereafter, the couple were moved to San Francisco, CA as part of the U.S. Government’s Indian Relocation Program. Donald, Delores and their three children (Dawn, Darren and Dustin) moved back to Montana after three years when Donald’s father Henry fell ill. Donald soon found himself employed at the Museum of the Plains Indian, where he would work for thirteen years. While there, he pursued crafts such as sculpting, painting, doll-making, and the refurbishment of maintenance of the museum’s dioramas.

Donald became concerned about the preservation and survival of the Magee Photograph Collection upon his retirement from his various Blackfeet Tribal Government appointments. He felt strongly that the collection’s educational, historical and cultural value should be shared and made more accessible to others. He also considered the collection to be of particular significance to the people of Blackfeet Nation and to the sister nations of the Kanai (formerly Blood), Northern Peigan and Siksika that together make up the Blackfoot Confederacy. 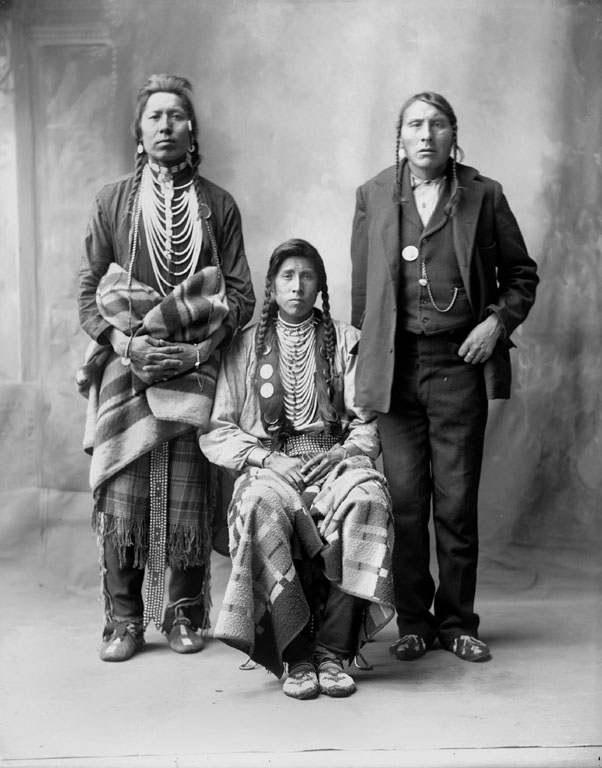 I believe this is Mountain Chief.
I know this is a Blackfeet-style straight-up bonnet.
I suspect the photo is by McClintock.