DIALOGUE: THIS ONE ABOUT TEACHING READING 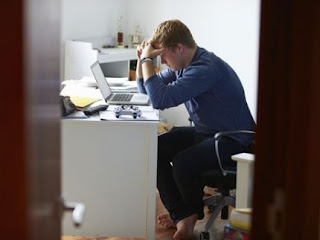 X:  Is there such a thing as a “dive coffee shop”?

Y:  If there is, this must be the place.  It sure ain’t Starbucks.

X:  I made a big mistake when I first came back to Portland.  I took my Sunday NY Times to the nabe Starbucks without realizing that the point of that establishment was for  middle-aged divorcees to make friends.  People kept trying to borrow sections of the paper, but I HATE having people mess up my paper.  Pretty soon I was as indignant as the people I was rejecting and they won — I stalked off.

Y:  That must have been a while ago.  I read all rags on tablets now.

Y:  So how is your memoir coming along?

X:  Memory is tricky.  I remember the incidents well enough, but they reconfigure as I write them down.  The hardest part is the guilt for falling short so many times.  It’s so much clearer what was going on when I look back.  This is sort of like doing therapy without any therapist to comfort me and explain it all.

X:  All my life I’ve tried to be virtuous, you know.

Y:  I know.  Very boring.  But it’s a bit of a challenge to try to corrupt you.  That’s enough to save this relationship.  Curiosity works.  You will always have curious friends because you yourself are curious and that corrupts you.

X:  Thanks.  But when I write out the few little incidents full of triumph, they kind of go inside-out.  And now I can see that I didn’t really come through, that I was play-acting and watching myself instead of really being there.  I just had an idea of what good girls did.

Y:  So you lost confidence and have had a fine time accusing yourself, which is just as narcissistic as thinking you’re saving everyone.”

X:  My mother used to call me “Meddlesome Mattie.”

Y:  But she’s the one who always declared she was going to get to the bottom of things.

X:  She was always diagnosing instead of really getting my vibe.

X:  I thought we were all perfectly normal, even above average.  Then as I wrote and recalled and compared with all the other people I’ve known, even thought I was intervening to help, I began to realize how much real pain there was — even suffering — and wickedness.  Not only did I fail to help others, I could only get through some of it by going numb and denying the whole reality.  We weren’t nice at all.  We weren’t exceptional, above average.

Y:  You came down off your high horse.

X:  Yes, then I began to understand that no one so nice and irreproachable.

Y:  Oh, yes.  For instance, you should watch out for me!  I love poking you this way, but don’t look for comfort from me.  Your first job was teaching English, right?

X:  On an Indian reservation — that’s what we called them then, none of this fancy search for euphemisms.

Y:  Put that aside.  What was your worst failure.

Y:  Did you look around for ways to learn how to teach reading?

X:  This morning I had a brilliant idea.  I’ve been using YouTube to find videos about home maintenance and it’s great — I can fix stuff that was a total mystery.  So this morning I tried YouTube for “how to teach reading.”

Y:  So anyone who gets their hands on an access gadget, even just a smart phone, can have a teacher right in their pocket.  How did you learn to read?

X:  That’s part of the problem.  I just taught myself and I taught myself by sight, which can be a problem.  These vids mostly use phonics and the vids that show kids in classes provide something like support, cheerleading, a little prompting, that it’s okay to blunder.

Y:  Permission to blunder, make mistakes, is very hard to find if you’ve been punished or struck every time you didn’t meet the requirements of a bullying teacher or parent.  In fact, some people have been so threatened with catastrophic consequences every time they make a mistake that they have decided to do nothing at all.  I don’t mean a conscious rational decision — I mean that their bodies won’t let them risk it anymore.

X:  I accept that, but I have no answers.  The culture factor was always there.  Residential schools are a monster image that rears up and claws over small things.  I discovered the kids were calling that seat with stirrups that you put on the back of a horse a SATTLE.  I told them that was wrong, that it was a SADDLE.  They said they were the ones who rode horses, that  horses were their heritage and therefore all knowledge about horses was theirs.  They rode on “sattles" and any attempt on my part to spell or pronounce it differently was an attack on their culture.  They said if I tried to beat them until they said “saddle” instead, they would get me fired.  Even if they had to frame me.  It had been done before.

Y:  (laughing)  I guess the only thing to do was laugh.

X:  Until a rock is thrown through the window.  But most of their pronunciation drift was with consonants.  I’ve been watching “Shetland”, a BBC series about the Shetland Islands and I have to turn on the sub-captions because all the vowels are different than standard American.

Y:  There is no standard American.