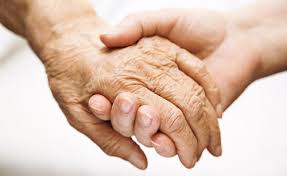 Here’s a little poetic study all about intimacy and produced by AEON in an essay and then comments, which I edited.  I won’t post the essay, just a link, but I will re-post some comments.  I hope I'm not breaking rules.  I do it in the interest of promoting AEON and because these thoughts are so remarkable.

Can we experience true intimacy without the sense of touch?

You’ve asked me what the lobster is weaving there with
his golden feet?
I reply, the ocean knows this.
You say, what is the ascidia waiting for in its transparent
bell? What is it waiting for?
I tell you it is waiting for time, like you.
You ask me whom the Macrocystis alga hugs in its arms?
Study, study it, at a certain hour, in a certain sea I know.
You question me about the wicked tusk of the narwhal,
and I reply by describing
how the sea unicorn with the harpoon in it dies.
You enquire about the kingfisher’s feathers,
which tremble in the pure springs of the southern tides?
Or you’ve found in the cards a new question touching on
the crystal architecture
of the sea anemone, and you’ll deal that to me now?
You want to understand the electric nature of the ocean
spines?
The armored stalactite that breaks as it walks?
The hook of the angler fish, the music stretched out
in the deep places like a thread in the water?

I want to tell you the ocean knows this, that life in its
jewel boxes
is endless as the sand, impossible to count, pure,
and among the blood-colored grapes time has made the
petal
hard and shiny, made the jellyfish full of light
and untied its knot, letting its musical threads fall
from a horn of plenty made of infinite mother-of-pearl.

I am nothing but the empty net which has gone on ahead
of human eyes, dead in those darknesses,
of fingers accustomed to the triangle, longitudes
on the timid globe of an orange.

I walked around as you do, investigating
the endless star,
and in my net, during the night, I woke up naked,
the only thing caught, a fish trapped inside the wind.

This is probably my favourite essay that has been published on Aeon, and I do read all of them. Thanks very much to the author for his searing honesty, and for the patience that it takes, as with all poetry, to find the words to articulate deeply felt emotion. As well as its elucidation of how that kind of emotion can be felt so physically, I think it also points back to why we bother to study the body through science in the first place. So often we lose sight of why we scan and chart and record. It struck me that this is why that drive feels insatiable, because as with the greatest poetry, it seems that there will always be parts of the body (and the brain) that will remain unknowable. The thing, the spark, the essence, some kind of completeness, is always just out of reach, and it demands that you return. There’s an excellent article on the unknowability/‘unknowingness of poetry’ in the latest Poetry Magazine, but also a fascinating interview on their free podcast, which I really recommend. Somehow I feel that there is something running in parallel there.

These lines from your essay, in particular, will stay with me:

‘Maybe we can blame it for the way a life can throb like a bruised bone. In such fully felt moments, the experience of time dilates. Perhaps insular activity explains why one can remember, a decade later, the positions of two people in a room, one seated, one standing, their conversation strained; a pause’

They reminded me, although this moves away from touch now and to a different kind of perception, of these lines from Tom Stoppard’s The Real Thing. I feel as though they have something in common with your lines about the bar feeling suddenly noisy and something shifting between you, the way a room can change…

‘I don’t want anyone else but sometimes, surprisingly, there’s someone, not the prettiest or the most available, but you know that in another life it would be her. Or him, don’t you find? A small quickening. The room responds slightly to being entered. Like a raised blind. Nothing intended, and a long way from doing anything, but you catch the glint of being someone else’s possibility’

. . .The discussion of time dilating – that has two sources outside of lived experience. The first is a beautiful essay by Oliver Sacks in the New Yorker called “Speed.” It came out in 2004, and I was so fascinated by it that I spent some time outlining and dissecting it. (It’s available to subscribers in the New Yorker archive.) The other is a fascinating, speculative and now very influential review of the insular cortex by Bud Craig in 2009. Much of the paragraph on the insula is derived from this wonderful review. If you’re feeling adventurous, you can watch a lecture of his on Vimeo: https://vimeo.com/8170544   [There is a book and articles if you Google Craig.]

When we wake up brushed by panic in the dark
our pupils grope for the shape of things we know.

that stripe a dimmed lab’s wall—particles no more—
and with a wave bid all certainties goodbye.

For what’s sure in a universe that dopplers
away like a siren’s midnight cry? They say

bent in its tracks, can’t resist. If we can think
this far, might not our eyes adjust to the dark?

This question was already answered by the author. Everything that we experience is purely mental, even physical pain is simply a mental experience, therefore it is entirely plausible that we could experience true intimacy without any touch at all, especially when you consider that the definition for an intimate relationship is an interpersonal relationship that involves physical or emotional intimacy. While it can be only in your mind, that doesn’t mean it isn’t “real” because the mind makes it real.

It sounds like the same thing to me. Your terminology of the “naked stream of neurons” is what I would call “the circuitry of the brain” and that circuitry is inherited, not learned. Damage those neurons and you damage the ability to experience intimacy. Intimacy therefore is a purely mental (or if you prefer, psychological) phenomenon, preprogrammed to “feel” intimacy for bonding purposes.

Posted by Mary Strachan Scriver at 9:34 AM