THE REZ: A RHIZOME APPROACH 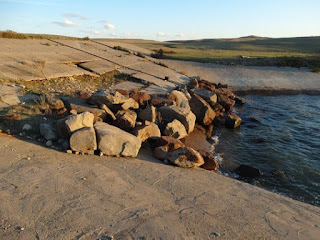 When people come to the rez, they see what they expect, which is usually Indian Days encampments or, if they worry about such things, street drunks.  Only after being here for a while does one begin to understand the invisible filaments that connect the rhizomes of power and communication.  They are sometimes ambiguous, controversial and changing.  Some are dangerous to investigate.  They range from groupings imposed by geology to human voluntary organizations and families.

What follows is one of my infamous lists.  (I get teased for them.)  They’re just a free-association brain-storm, but such a thing can be the beginning of something coherent and documented.  This is a place-based list, with the place being originally defined by an outside colonizing force, the USA, in conformity to pre-existing land occupancy resisting against greed-based land seizure.  The happenstance of history and geology have shaped it from plate tectonics and pre-glaciation times to the present, and will shape it in the future.

The place is spectacular.  This in itself is both a liability and a source of income.  The liability is that once-again the USA took land, this time the mountains carved by glaciers, which is designated a patriotic monument "park" with boundaries.  In fact, a contiguous area on the Canadian side is treated the same way and the two parts are dedicated to “Peace.”

The rez is an ecotone, which means it is high altitude mountains on one side and flat prairie on the other, prairie both flattened and enriched by glacier grinding.  The fact of being an ecotone also creates catabatic winds (Chinooks) that offer warming times in winter and in the dwindling glaciers and winter snowpack feed streams that supply cold, fresh, running water all summer.

The fact of the steep incline of the land and the dissection by today’s living streams, following the initial impact of the glaciers invading and then retreating, powering apocalyptic-scale erosion, has left a map to be inhabited.  The lakes and streams are like “streets” that people settle along, so that the basic towns — the three resort towns (East Glacier, St. Mary’s and Babb), the central town of Browning, and the smaller satellites of Heart Butte, Starr School and Babb) are all along water sources.  A committee did a comprehensive study of the streams and discovered with dismay that Willow Creek, which created the marsh on which Browning was built, has the least dependable water flow and -- because of mineral deposits -- water below the quality needed for dialysis.

Regardless of provenance or legal “blood quantum,” the basic Blackfeet definition is footnoted and augmented by Cree/Chippewa, other members of tribes across the continent, “white” people, Metis, and a scattering of Asian and African heritage people.  Probably in addition to the genomes of these people — and don’t forget that it is recently discovered that the basic matrix of the genetics of northern and island Asian peoples — whether they came from Siberia through Beringia or on small boats across the Pacific — will include Denisovians, which are branches separate from homo sapiens in the same way as Neanderthals.  The Denisovians appear to also have been part of peoples who passed through Scandinavia to settle in polar realms.

So far no one I know of has done formal studies of the effect of the Blackfeet prairie on the human genome and only a few have begun to investigate the impact of historical trauma from war, starvation and domination, but we do know that such events methylate the basic genome for generations after the events.  A study of the descendants of the “Baker Massacre” and the “Starvation Winter” would be interesting.

Most tribes are reluctant to allow DNA studies for several reasons.  The public reason is the greed of medical researchers who try to “steal” tissue information, exploiting it to find cures.  The deepest fear is that genetic studies will reveal that there is no such thing as a genetically-based “tribe.”  Tribes are essentially cultural, created by proximity in a place over a long period of time.  Families at the heart of the population always pull physical inheritance one way, but  groups that don’t pull in fresh genetics by enculturating strangers and adjacent peoples will shrivel and weaken.  The other force is the terrible but not unrealistic fear that genetic difference will be stigmatized and used to punish and exclude.

There is great sadness in realizing that without virgin prairie and the great herds of bison, there can be no such thing as the Siksika as they were at first encounter.  In fact, some would argue that the first infiltration of metal goods — tea billies, guns and big knives — was the beginning of the end of the people’s ecological definition as naturally “fitting” the land.

This list might be a tick jogger for someone trying to find a research subject, or the items might be discussion starters , informally or academically or governmentally.  Several items on the list might be combined so as to study their interaction.  The list could be as helpfully used in Great Falls as on the rez.  Some of it is organic, naturally developing, and some is imposed from the outside, devised by people on the other side of the continent.

Part of the reason for thinking about all this right now, is that the United States are in big trouble.  The original ideas for forming the Colonies into a country with an innovative constitution came in large part from the major political coalitions of the Eastern tribes which had formed over millennia and were more advanced (one could argue) that the European nations which were just forming in the mid-nineteenth century, later than Independence of the US in 1776, which was about the time horses reached the Blackfeet.

A video post by Rachel Maddow on her show confronts the suddenly relevant issue of family trying to take over government and notes that Americans have no national strategies or legal mechanisms for responding to this unprecedented situation concerning nepotism.  The Blackfeet have been struggling with this a long time.  Thinking about this helps me believe the larger coalition of States might find ways to survive, since the tribes have.

Posted by Mary Strachan Scriver at 2:38 AM