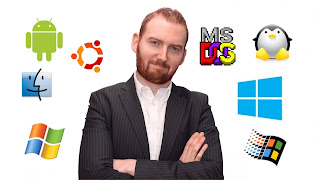 Underneath one’s formal conscious life is another “force” that guides one.  It is often expressed in shared cultures drawn from specific ecologies because it is developed from experience.  When the experience in one place and time begins to prove untrue or has to be rationalized all the time (they call it “apologetics”), a person can get to the point of rage against the system, attacking the OS out of fear, frustration, and despair.

The culture will respond to this, but very slowly, needing a lot of prompting with images and stories.  Person by person new evidence accumulates and gradually develops into something new, a transformation that will often carry within it a pentimento of what has gone before, the assumptions that are still valid.  But it can also become a social abscess like nations that capture, torture and kill gays — or a world that has returned concentration camps, this time calling them refugee settlements.

Structural elements of religion that will persist after the “beliefs” have gone will include institutions, moralities, hierarchies, and compassion systems.  Some of them will migrate to government, creating both partnerships and adversaries.  The media, which always contains a generational and philosophical schism between the “owners”/editors and the reporters who interface with society.  It is hierarchical with the overt power on the side of the older entitled people and the renewing power in the streets and kitchens of the people.  At the boundary is the “skin” which in these days is a glass screen of variable size with planetary reach and unsuspected persistence.  This has moved the boundary, even changed the nature of it.

Still, human emotional life sustains prayer, ceremony, song, and dance.  These are part of the operating system of individuals who must exist in tension with groups in order to survive, though sometimes either of these will oppose and try to destroy the other.  Children who leave families; families who throw children out, even sell them.  Regimes that try to kill minorities and minorities who rise up in rebellion or even terrorism. 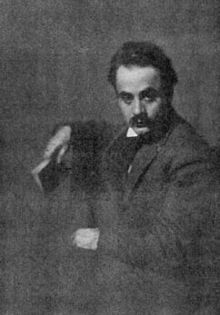 Writing like this makes me feel as though I were Kahlil Gibran, who sat around proposing wise things while being sustained by a co-dependent devotee, luckily wealthy.  That fit both their gender cultures.  Sam Vaknin (see You Tube vids) would say Gibran was a grandiose narcissist and the wealthy woman, Mary Haskell was an enabler.  Gibran was an immigrant, Catholic Lebanese, much influenced by Islamic Sufi ideas, but also in the context of Boston aesthetics, like the Transcendentalists.  Gibran/Haskell's correspondence has been published.
http://www.goodreads.com/book/show/104855.Beloved_Prophet

These elements still fit our culture, but not entirely and not without pain.  People suspect such not-quite-old-fashioned and syncretic arrangements (brilliant male, supporting female) as malignant but they may simply be based on biology since they are so long-standing and recurrent, maybe roles that develop out of mothering exceptional sons.

A good human operating system includes a bullshit detector that can identify what is malignant.  For instance, if one is “used” for a cause, the toxicity of the use is determined by the value of the cause, which in turn might be approved or criticized by the culture, even the small culture of “family.”  Then one needs to closely examine the cause and its appeal.  Family will usually defend “family” which means children take priority.

What happens when it is a woman who is the exceptional one who must be sustained by culture or family?  I always remember Vollman’s account in a New Yorker article about a certain route for woman to take in Afghanistan.  They can become female warriors, a role that has a name and conventions about how to do it, accommodating to the male institution of army.  Something like being a nun in the male-dominated institution of Christian hierarchy.  Maybe an equivalent in our time might be Rachel Maddow: close-cropped, athletic, plain-spoken, wearing a uniform.

But sex/gender and aggression must be multi-nucleated now because the old tribal systems of the Middle East that dominate the English/French/German/Italian-speaking world were based on generations of inheriting sons of Abraham who competed in deadly ways, and the modern world will not sustain that, as the Middle Eastern sons are discovering.  For one thing, the terms of meiosis have been completely changed so that multiple people can reproduce in ingenious ways and for another thing sexuality is now understood as a spectrum.  And we can tell who your father was.

Sex was always various was except that the middle was suppressed or destroyed for what was purported to be religious reasons.  An article suggests intersex people are about as common as redheads, which were also persecuted, but not so easily hidden.  https://www.theguardian.com/fashion/2017/apr/23/intersex-and-proud-hanne-gaby-odiele-the-model-finally-celebrating-her-body utm_source=esp&utm_medium=Email&utm_campaign=GU+Today+USA+-+Collections+2017&utm_term=222882&subid=10790770&CMP=GT_US_collection

As for war, now we destroy people via starvation and claim it is economics.  The old kind of war was bloody and cost both sides, but was confined (in theory) to soldiers who risked their own bodies and might spare women and children, even if only to keep for their own uses.  Now we push buttons and the scythe spares no one, no living thing, not even the plants or the water.  We kill daily in a thousand unnoticed but cumulative ways.

The qualities of the warrior must reconcile with those of the poet, the accountant, the dependability of the grain man with the resourcefulness of the livestock man, the physicist and the biologist.  We need an operating system that allows for variousness, but right now even our computers can’t do it — because they are mostly designed by people with the goal of making money, a lot of it quickly.   (Always the binaries: Microsoft vs. Apple.) Our pattern for men can no longer depend on the wisdom of longevity because our old men are dying and going crazy while hardly realizing it.  (We’ve got to have a decent test for Alzheimers that isn’t in autopsy.)

Then we come to the Sacred, the Holy, the Mystic, which is the justification for many Operating Systems, though there is no operating system that can control it.  The immanent or the transcendent forms can only be responded to and not necessarily coherently.  The feeling of what is beyond humans or planets or incomprehensible time/space is outside reason or formulas.  Science can pursue understanding but the essence of science is admitting when evidence shows we are wrong.  An operating system that doesn’t do that is worthless because it means paralysis — a spinning beachball that means nothing more can happen without a reboot.  That’s when a bullshit detector is most needed, for purposes of survival.

Posted by Mary Strachan Scriver at 10:01 AM