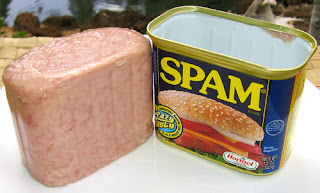 It’s hard to get up in the morning knowing that by noon there would be another piece of betrayal, avarice, brutality from the very people who were elected because they promised to break up all that.  They have found their enemy and it is us.

One of the recent presidential declarations — so toxic that it was signed privately, giving up that childish flourish of the felt tip and presentation to the camera that Trump so loved at first — is permission for ISP’s to sell all your private information.  The shoe dropped on a pile of socks already shed quietly and without anything to do with government.  I speak of subcontracting: one’s ISP subcontracts the evaluation and training of their technical employees, subcontracts the “nanny” function of running a “block list” (“black list”) that swallows all transmissions they consider unacceptable or are paid to block, and so on.  My IP's nanny is called "Barracuda."  I have shut it down to the lowest setting and I probably shouldn't tell you that.

Go to <whatismyipaddress.com>  An IP Address is your little thread of identity that connects you to the internet.  You’ll find this website very interesting, because it educates you about a lot of sub-contractors to sub-sub-contractors built on the need to get yourself off a blacklist that is interdicting your messages.  Only by using sources like this one can you discover that you are even blocked.  Otherwise, some indignant relative wondering why you don’t respond is likely to call you on your phone or send a letter, or in the recent case of a friend, send the sheriff out to make a welfare check in case you aren’t answering because you’re dead.

The justification for these blocklists is that people hate getting SPAM and, indeed, it’s miserable stuff (I remember eating the canned glob the metaphor comes from, a wartime food my mother covered with cloves and mustard) and sometimes dangerous, invasive or offensive.  Though I have a hard time getting all upset by naked people.  There are worse things.

One blocklist entrepreneur simply blocked as many IP’s as he could and then demanded money to turn them back on.  I don’t know how it is possible for people to do this without one’s provider knowing, but of course, blackmailers have to tell them where to send the money.

Whole countries can shut off internet service.  Electro-magnetic coding means layers and layers of inscrutable semi-math that only an expert can sort out.  “Pinging” means that anyone can be notified about anything, words, photos, maps.  Then “steps” can be taken because the IP will tell authorities whose door to knock on.

My understanding of all this is primitive and second-hand because I hate having to take the time to check blacklists or complain to my provider, which is a rural telephone cooperative.  They say I’m the only person in Valier who complains so much anyway, so why don’t I get a life?  Meaning their kind of a life.

The real reason I’m the only complainer is that most of the users have alternatives now that there’s a transmission tower alongside the grain elevator.  You can make a smart phone work, most of the time.  There are internet access turnouts along the highways here, not to discourage texting while driving, but because there are only certain sweet spots where transmission works.  Anyone taking an iphone into the mountains and counting on it for rescue had better hope they get into trouble in a high place with a clear line of sight.

There are other problems.  Many of the software operating programs of our computers give access to the designer for purposes of monitoring and updating.  Sometimes they might be interested in other things and they do have the capacity to turn your computer on and manipulate the drive if there is electricity, so I unplug mine at night.  In fact, I keep really personal writing on a second computer that is never on the internet.  The problem is that if I take something from this computer, where I am writing at the moment, on a “thumb” over to the private computer, that program will not have been updated and sometimes will not longer recognize the same program if it’s more recent.

Sometimes I suspect that there is malware that is reading my thumb before letting it be removed.  Sometimes I wonder if the two computers are talking through the wireless feature. (Which is turned off on every device since I found myself suddenly reading my neighbor’s computer screen — though they tell me that’s impossible.  Oh, yeah?  I haven’t forgotten that in Portland we could sometimes hear the control tower transmissions with airplanes flying overhead in order to land.)

The whole thing is like those parking lots with spikes that come up if you try to drive out without paying.  It’s a use of socially approved force to get compliance and “ta dah”! make money.  Things like the “boot” put on the wheels of your car by law enforcement.  And worse.

There is a kind of malware that has nothing to do with computer code and that’s legal code.  The two are entwined.  Trump’s law cancellation will probably make legal things that are already happening illegally.  But laws can’t be enforced without motivation, monitoring, consequences and so on -- all of which cost money.  Trump knows that and knows that the budget is key: bookkeeping code is the most effective of all.

But all these codes can be backed out — once the parking lot spikes and the wheel boots are detected and shut down.  I suspect that at the moment there are specialized people backtracking these codes in protected spaces, and finding the trails of betrayal, avarice, cheating.  Trump himself is a cyber idiot, but a social predator, which is why he has no computer on his White House desk, but he DOES run an old-fashioned iphone.  It can be monitored and it probably has GPS.

In a coded world there is no will to chase all this stuff.  The missing element is human conscience, which in the Modern Euro-derived world has been severely challenged.  There is no imaginary papa to scold us, but there are vivid depictions of suffering and depravity.  Many people crumple in the face of those images, so they have to be warned to turn away lest they faint.  They learn not to see anything disturbing, so they step over people living on the sidewalk, maybe dying.

Posted by Mary Strachan Scriver at 10:51 AM