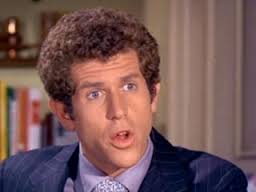 (D NW Editor’s note:  Since the regular Daily reviewer was out of town last weekend, Norman Mark was assigned to review “Don Juan” for the paper.)

The Northwestern theatre department is currently presenting a delightful evening’s entertainment, an “Introduction to Dave Roberts,” under the name of Moliere’s “Don Juan.”

In the role of Sganarettle, Don Juan’s valet, Mr. Roberts carries or participates in nearly everything that comes off right during the evening.  Facial reactions to other characters’ dialogue, pauses scattered through his own lines, the bits of humorous business -- all produce the desired comic effect without resorting to slapstick.

The play opens with Sganarelle speaking to Gusman (David Cremosnik) about Don Juan’s life and loves.  Gusman speaks his lines so lifelessly, in comparison to Sganarelle, that the reviewer is forced to surmise that he is not really interested in the play.

In the middle of this scene, Don Juan enters, played inadequately by David Zegers.  The seducer of 1,003 women in Spain doesn’t know how to wear his costume or live up to his legend. 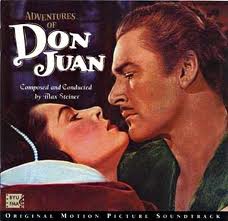 Errol Flynn and who cares?

Everything about him tends to enforce this impression -- from the distracting movements of the head and hands to the emaciated bit of peach fuzz under his chin.  Someone playing in the legend of John Barrymore, Doug Fairbanks, and Errol Flynn (all past Don Juans -- in films), should at least look like he has some talent in the bedroom arts, rather than a boy caught in the wrong costume party without his I.D.

As soon as Don Juan enters, Sganarelle goes to his knees and from then on the part could have been played by an amputee.  With the focus being on Mr. Roberts so much of the time, why did the director choose to have him in a position where it is difficult for the audience to see him? 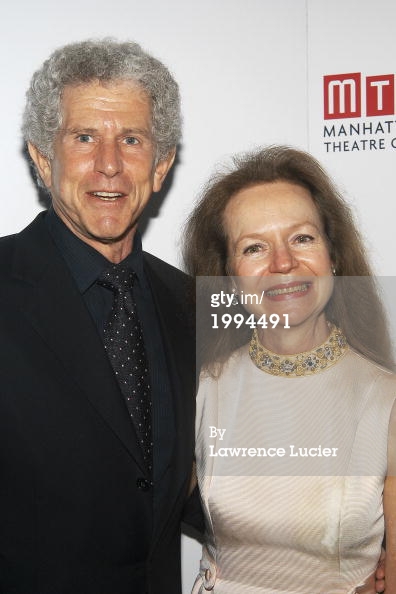 Don Juan announces that he has found a new love and he is going to give up his present one, Donna Elvire.  After she comes in and scolds him, for some unknown reason he has to leave.  Then he almost drowns off the coast of Scotland, makes love to two peasant girls, goes through a forest manhandling, saving Spaniards and inviting statues to dinner on the way to the end of Act I.

Gretchen Walther (Donna Elvire) is much more convincing when she returns in the second act to reform Don Juan than in the first when she gives vent to her anger.  Holding crosses rather than beating her side with riding crops seem to be her forte. 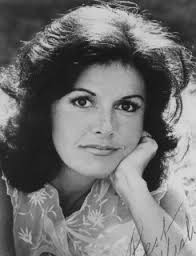 On the technical aspects, the set does not look Spanish.  It . . . [piece missing]

play was Donna Elvire’s brothers, Don Carlos (Laird Williamson) and Don Alonzo (Larry Kamm).  Embodying the “pundonor,” or point of honor that bound Spanish noblemen to revenge a family disgrace with the blood of the debaucher, the two brothers help Don Juan with one of his better scenes, when they try to decide whether or not to make him part of a shish-ka-bob.

The second act goes from the wild to the weird, with fathers scolding, tradesmen being outfoxed, a statue coming to dinner and finally a full company of spectres and demons.  All of these supporting characters are quite believable in their roles.  Unfortunately, they have to deal with Don Juan, who isn’t.

After having dinner with the statue, Don Juan tries a hypocritical reformation and outwardly embraces religion.  This deceit precipitates his final downfall and, in the last scene, hell (located immediately under the stage) opens and gives him a bid.

He accepts with reluctance, while demons leap out and run around in tights for the pledging ceremony.  There is some static, probably unintentional, is followed by Sganarelle’s last words which left Saturday’s [gap] on the public address and at last Don Juan leaves the stage.

The effect of the acting by the two leads is perfectly summed up in the last lines when Don Juan says that hell is burning his feet and the audience is moved to the extent that one wants to get him a Dr. Scholl's food pad.  This

This is the publicity on February 18, 1960.  I’m surprised to discover I was the assistant director! 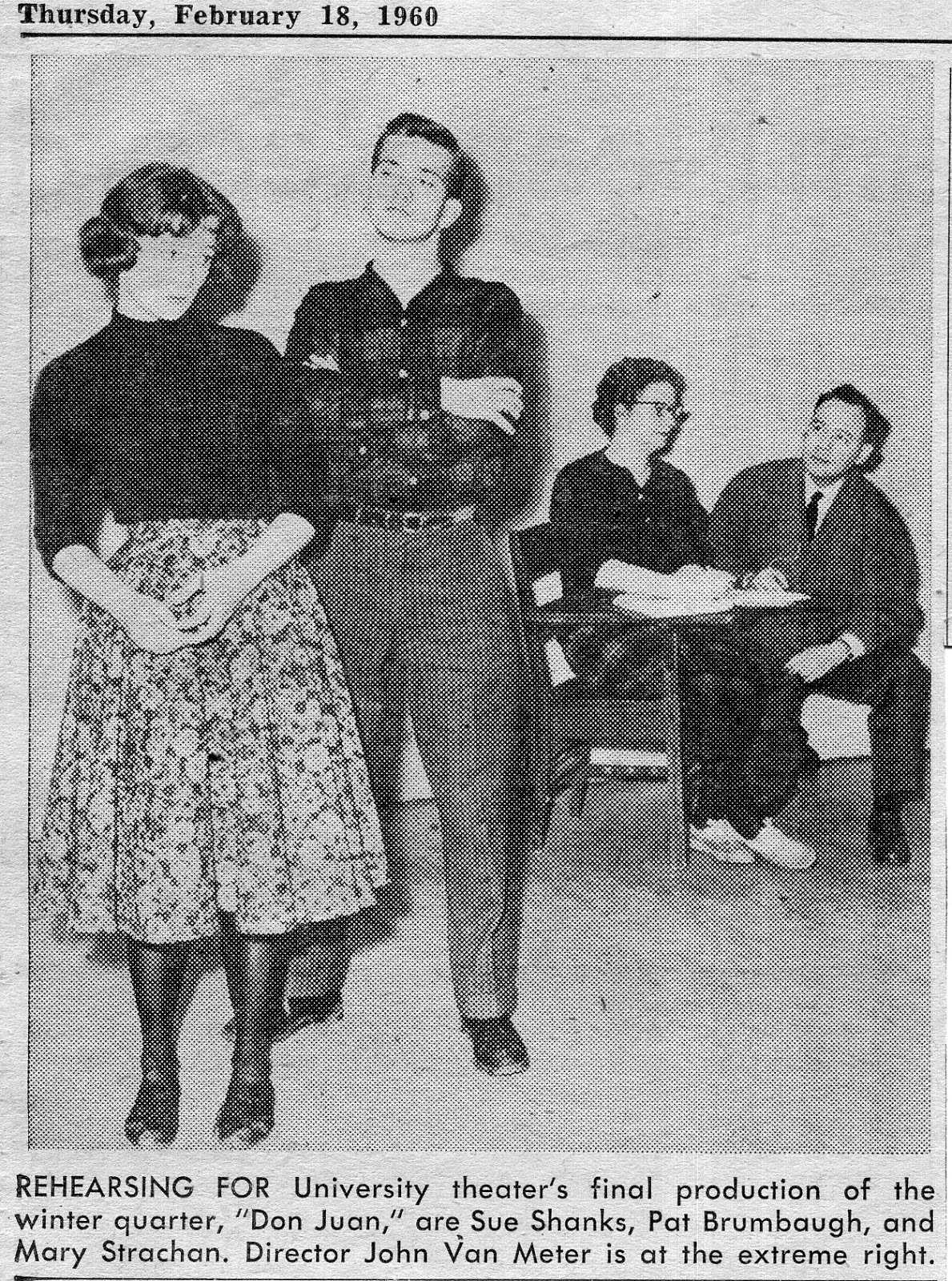 “Don Juan,” Moliere’s comic tale of the legendary Spaniard who was reputed to have had a thousand love affairs, will be the final winter quarter production of the Northwestern University theatre.  The play will be presented Feb. 26, 27, 28, and March 4, 5, 6.

The production will include two scenes generally omitted from printed and performed versions, director John E. Van Meter said.  The scenes were cut out after the initial production because the audience misinterpreted them as blasphemous.

A favorite in France, the play has not received much attention in this country.  The legend is fairly well known in the United States because of the popularity of Mozart’s opera, “Don Giovanni.”  the opera is a more swash-buckling version than Moliere’s play, which concentrates on the comic adventures of the Don.
Posted by Mary Strachan Scriver at 9:53 PM

This is fun reflection. The fullness of one's life shines on in the virtual palimpsest of digital space, a trajectory long ago paved upon the electrochemical biology of our memories.