SERMONIZING AFTER A HARD WINTER: PENTECOSTALS 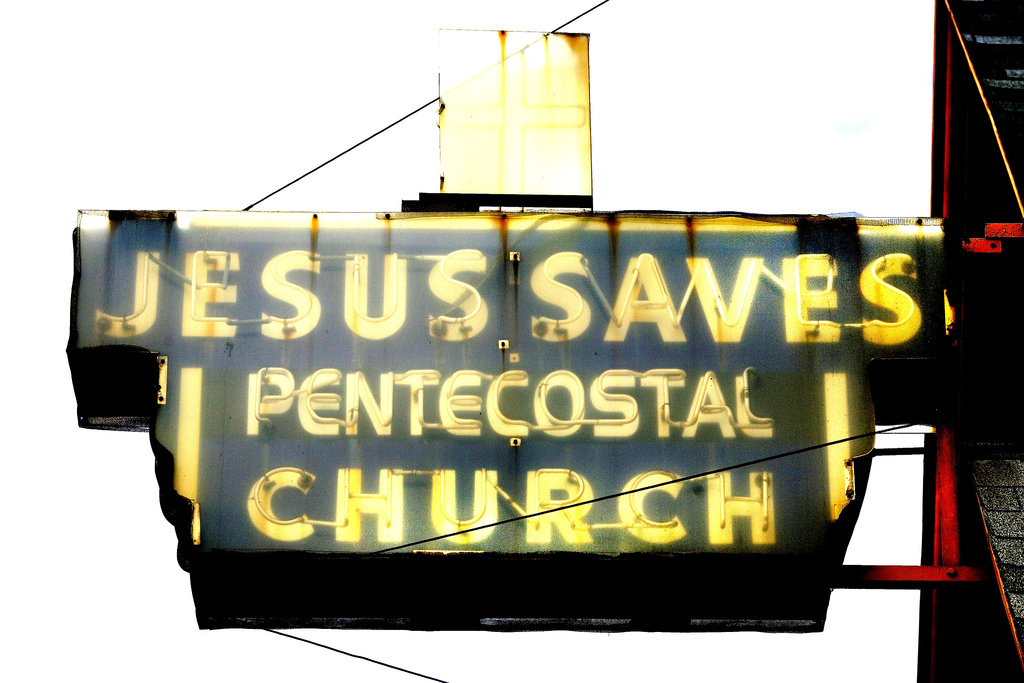 "Christians" earn the term by relating to Jesus as described in the New Testament, believing he is "the Christ." Over two millennia, esp. since the Protestant schism, these groups have split up into various institutions called “denominations.”  (Name = nom in = nomenclature)  "Catholic" which once included most Christians is now one denomination among many others.

Church institutions are composed of “congregations” who are affiliated with their specific denomination.  Some congregations are free-standing, organized by personal relationships or sometimes by declaring allegiance to the original Christian document, namely the New Testament, though they may put emphasis on different parts.  These are not technically "religions" but denominations of the single religion, "Christianity."  Different religions might be Judaism, Buddhism, Hindu, Islam.

Different denominational institutions within Christianity are, for instance, Lutheran, Baptist, Anglican, Quaker, Unitarian Universalist.  Some are big and some are little.  Most respond to the secular government, which gives them certain exemptions and protections because of their contribution to the quality of our lives.  Their function is a bit like tribes and a few seem dubious, unworthy of recognition, at least to the government.  Like snake-handlers.  (I refuse to make a joke about professional courtesy.)

Spirituality, which may not be definable in terms of dogma or practice, is a human capacity that some people value as the heart of religion though mediated by various means. Others feel spirituality cannot be captured in any organization because it is a direct relationship with whatever one calls “God” or the Power.  People who have a special feeling about this, which they depict as fire, are called "pentecostals."  In the US this was a movement that started inside Methodism and finally broke away to form a new denomination.  It is an institution that specifically tries to be spiritual, but I would observe that as soon as there are a lot of rules, norms, calendars, named leaders, and so on, the spirit is probably elsewhere.  Nevertheless, pentecostal ability to shift human consciousness towards ecstasy is strong. 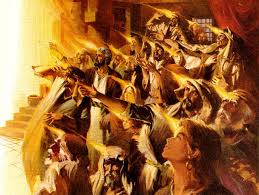 Acts 2-3  And there appeared to them tongues as of fire distributing themselves, and they rested on each one of them. And they were all filled with the Holy Spirit and began to speak with other tongues, as the Spirit was giving them utterance

Spirituality is not related to wickedness or virtue, though some will insist that it’s about love and others will say -- oppositely -- it’s about detachment.

Others emphasize the awareness of Some Pure Power that might either be destructive or salvific.

Spirituality has nothing to do with science but might accompany science.

Spirituality is sometimes considered emotional but emotion only accompanies it.

Some object to spirituality being “magic” which implies that it is supernatural and that some privileged persons have access to the control of it, so that they are witches or warlocks.  This is dangerous, as it can invite destruction from several sources.  One of the big human religious issues is control: must we be controlled by some higher power or can we be in control ourselves?  Or OF ourselves? 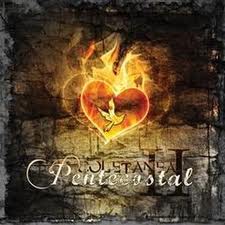 Scientifically speaking, all we can know is what our sensorium can detect (with or without our consciousness of that detection -- we cannot “feel” gamma rays but they are constantly penetrating us) and how our brain deals with that knowledge, organizes it, and understands it, so as to respond to it.  If the brain can’t figure something out, it might just ignore it.  If the case is that there is too much information to be sorted, then the brain can stall out -- stop functioning.  All of society shows the same patterns. 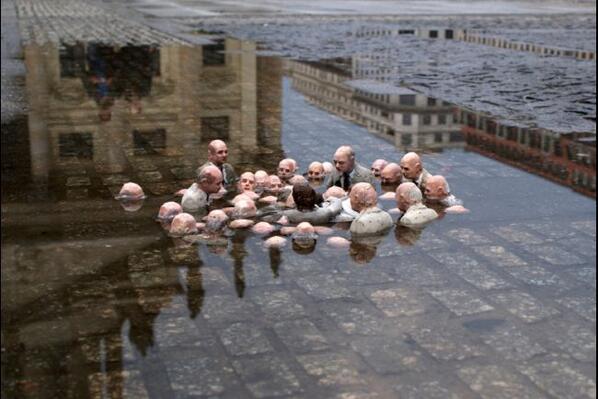 Politicians and scientists discussing what to do about global warming.  (It's a sculpture.)

But it is true that our consciousness can sometimes intensely feel something that we can’t describe or name but that affects us even to the point of transformation -- a conversion.  Whether you think this is an electrochemical event in the brain or whether you think it is something from “outside” human experience, if you are a pentecostal it can cause you to “speak in tongues.”  That is, to talk fluently in an unknown language which some think is holy, others think is the language of some other world, and some believe is the deeply natural language of human beings before we broke into national languages.  Scientifically, "tongues" have all the structural characteristics of language but simply make no sense, like schizophrenic "word salad."  Pentecostals have specialized in triggering this. 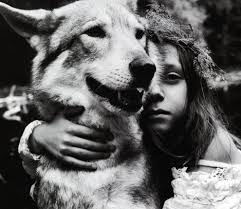 An experiment in which babies were isolated to see what language they would speak without any teaching from other humans failed because all the babies died.  Babies who have no other living beings for interaction cannot continue to grow.  Even rough treatment and bad language will allow them to live so long as there is contact with other humans -- though it is claimed that a conscientious mammal like a dog could also raise a human being.  The child just wouldn’t have any human language.

One of the capacities that is carried by meaningful human language is the ability to think of something that is only theoretical, or sometimes what is called “virtual.”  We have grown accustomed to constructing new “reality” in our computers, virtual worlds, but we’ve always done it with art (including stories), and -- in fact -- each of us constructs our own reality in our own minds.  Conveying that to others might be pretty hard if the evidence of their sensorium and the lives they have organized from their ecology and society is very different from ours. 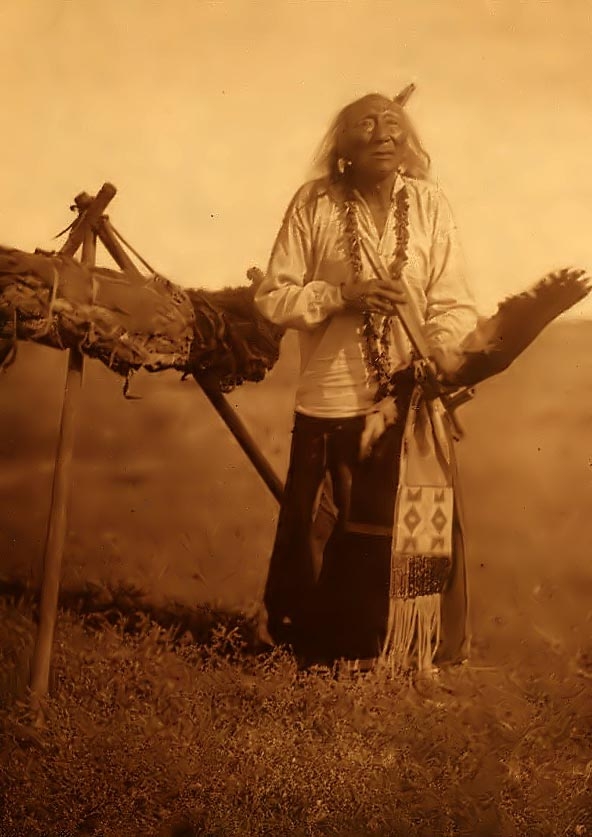 Because the original Blackfeet understanding of their world was highly spiritual, they are often responsive to pentecostal approaches and that understanding slips into all the Christian denominations on the reservation.  Because the practices and theories of the old-time Blackfeet were quite different from baptism, communion, laying on of hands, or a Holy Book, their spirituality was at first not necessarily recognized by Europeans.  For those who can recognize it, there is a bridge between worlds through spirituality.

Persons who are open to the idea of differences might even think the old-time Plains ways were better, but persons who are invested in only one way (usually THEIR way) are intolerantly blind.  Of course, those who were already on the edge of being overwhelmed could not tolerate new practices like the Ghost Dance because it seemed too powerful and scary.

Spirituality is a basic physical capacity of all human beings.  So is speech, so it’s natural to link words with responses to the experience of melding with all existence, acknowledging greater power than earthly cultures, and responding, whether with terror or gratitude.  Culture is a lesser aspect of being human than the capacity to sense “spirit” so it is cannot contain the “spirit” except in conditional ways, each culture according to its understanding. 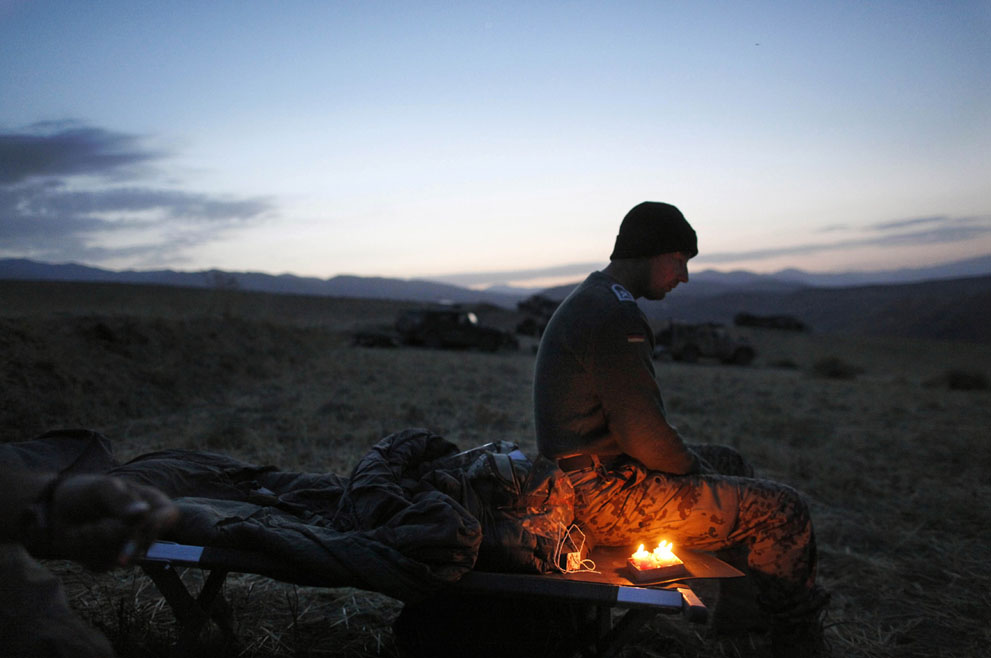 This doesn’t keep human beings from trying to exceed their culture, to be more, to escape all the boundaries and limits.  But one of the basic personality divisions is between those who yearn for the unthinkable, the ultimate, and those who are content to stay within the known limits.  When there is hostility between the two modes, whether it’s only grumbling or whether it breaks out in a revolution on the scale of the self-destruction of Red Revolutionary China, many suffer.  A few will seek comfort in the spiritual but become secretive.

It’s not so much a matter of whether you believe in something specific or behave well according to the standards of your culture, but whether you reach, try to exceed yourself, honestly look at the cards you are holding and play them with inspiration -- that is, looking for new ways while using the old ways. 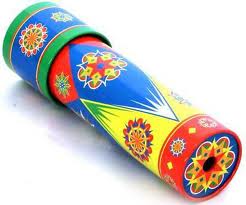 Life is a kaleidoscope that presents many aspects through the little window that is your eye, your “I,” your ego, and then keeps rejumbling them into new patterns.  One is not more beautiful than the other, but somehow an underlying pattern persists.  Awareness of that pattern is spiritual because making contact with the cosmos means that the sky echoes your song and the grass accepts the pattern of your feet.  You feel that.

This post is preaching, talk that is meant to give both remonstrance and hope.  It is not institutional, not denominational, not Christian, but possibly a bit pentecostal, presenting shards of thought that mirror each other enough to form a star shape, a mandala.  It is preaching easily spoken to the least of us because what do they have to lose?  But the rich and powerful would be wise to listen as well, or they won’t stay rich and powerful, no matter which church they attend, which religion they accept, how much they tithe or organize. 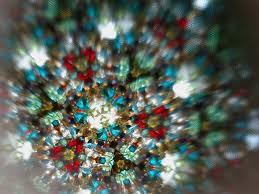 Man, there's something about Spring: I'm thinking Pentecostalish, too.

Tangential to the Pentecostals (and their predilection to sublimate): an amusing quiz asks, "Is it 50 Shades of Grey or is it Christian Rock?"