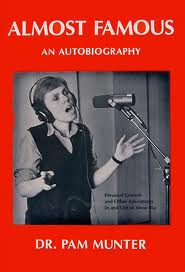 ALMOST FAMOUS: AN AUTOBIOGRAPHY by Dr. Pam Munter is copyrighted in 1985, so I expect she was writing it in the years I was circuit-riding in Montana for the UU fellowships.  I had paid her to talk me out of this ministry.  She said she knew nothing about Christians, that she was Jewish.  She did NOT tell me she was raised Christian Science.  That’s a whole different ball game.  If I were her therapist, I would press her about why she didn't tell me.  "Recovering Christian Scientists" are an interesting category.

We had a lot in common and things went well.  I dreamt of her showing up wearing tennis shorts and a rumpled Columbo trenchcoat, which entertained her, but she didn’t press me about it.  We didn’t really press each other very hard at all.  I was Hans Christian Anderson at his darkest and most ambiguous; she was Walt Disney at his most winning and tuneful.  However, my minister scoffed.  His idea of therapy was for the shrink to feel around for something that hurt the worst and then press it until you screamed.

This autobiography is not like that.  It’s more like a case for the defense in a trial, a role she has played many times.  One of the earliest, the most problematic, and the spot where a shrink who played by my minister’s rules should press, was the end of the book when she describes her role in suing Lifespring, a group therapy cult connected to deaths.  The irony is that Lifespring believes in finding one’s emotional cracks, pressing them even to the point of suicide, which is what triggered the law suit.  Maybe that influenced her to go easy.  Another irony is that my Clinical Pastoral Care experience, which the UUA Department of Ministry told me was the single most helpful way of predicting success in the ministry, was based on those same assumptions.  They were signs of the times.  Those were the days of "Primal Scream."

When Munter was growing up, her choices were between a career and a marriage.  When I was growing up, five years earlier, I was taught that everyone owes the world -- boys must join the military and girls must have babies, both fates arduous and even life-threatening.  Neither of us settled into marriage or a career, but she succeeded in producing a fine son.  In some ways we’re too high-powered for our own good and in other ways we just don’t accept cultural sex role assignments easily.  You could say we’re androgenous (she says her husband was androgenous but no one suggests Bob Scriver was that) or you could just say we hate being typecast.  When she’s not playing Doris Day, she’s fond of the role of Frank Sinatra.  Me?  When I found out I would never be Piper Laurie, I sorta gave up the game.  Sometimes I’ve said “late Simone Signoret.” 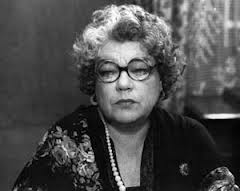 The more relevant difference between the two of us is not the gender of our objects of desire, but her need for a sidekick (usually a sympathetic woman) and my need for solitude (no hitchhikers, no leftovers).  Of course, obviously, I never hoped for a singing career nor one on the stage either.  Munter has acted in movies, but much more recently than the ending of this book.  I assume that by now as much more has happened to her as happened to me after I left ministry.  (I recognize a case for the defense because I’ve had to make one for myself.)

When I located her website, I sent her an email.   www.pammunter.com  She wanted to steer me away from this book as naive and probably written too early (I agree) but it includes the time period when I was in her office.  She recommends the book she wrote about character actors.  Indeed, since she grew up in Pacific Palisades, CA, and was surrounded by movie industry people, she can drop names from her earliest years.  She could visit these people and later she was in business roles that put her in contact with them.  Somehow she never lost her starry-eyed attitude nor her ability to resist the casting couch.  This book was not published by mainstream publishers and suffers for it.  Munter prides herself on her writing, but every writer needs a decent editor.  (My shunning of editors is very much like hers.  We never discussed that.)

Torch-singing is about pain and passion, but -- at least in this book -- she doesn’t have a torch singer’s kind of wounds and smoke.  Even in Portland, Oregon, even if one sings in clubs and shares an occasional set with blacks, one COULD find the heart of darkness, but I don’t think that’s happened by the end of this book.  There are many kinds of singing.  For her, singing is a kind of hypnotism and even she suggests it can be an avoidance.  She doesn’t spot emotional enablers even when it comes to singing.  I have a phobic reaction to enablers and -- a confession -- actually kept her at arm’s length as well.

There was another female "shrink" during my ministry internship. (I should say these people are “therapists” who are mainly sorters and helpers, as distinguished from psychoanalysts -- who take an almost poetic approach to the deep mind -- or to the psychiatrist who takes a medical stance and can prescribe drugs.)  The second woman was in Hartford, Connecticut, a major center for this stuff.  She was not much like Munter.  A very sexy lady in tight jeans practicing out of a mansion where she lived with a much older psychiatrist (male).  She quickly dug up bodies for autopsy.  VERY helpful.

But the closest I came to breaking down was in that Clinical Pastoral Education with a supervisor who was trying to work out his stuff at my expense.  In those weeks as a hospital chaplain my/Bob’s granddaughter (whom I had tried hard to save) was killed in a car accident, struck head-on by an emergency vehicle with lights and sirens running.  Also Mt. St. Helens, the serene and symmetrical mountain I had seen from my bedroom window the whole time I was growing up, exploded.  I do not think that Pam Munter could have foreseen that this was part of becoming a minister.  I didn't.  It was dark stuff.

To her, things happen well because of planning and energy.  One commits, one persists, one prevails.  As my second counselor pointed out, this is grandiose narcissism.  No one can control loved ones far away in traffic nor can one suppress a volcano.  But both Munter and myself were taught to take responsibility, rise to the challenge, save the Titanic.  Thirty years later, I expect both of us would have a good laugh over that idea. 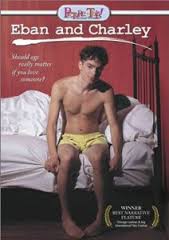 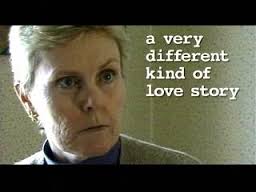 "Eban's mom" as played by Munter

I don’t know what happened to that second therapist -- I can’t remember her name so I can’t google her up.  As for the CPE instructor, a lot of people know about him.  I should have been warned.  In fact, a few people intervened -- late.

People read autobiographies expecting to find a script for triumph or to revise an opinion of someone or for immersion.  None of those applies to my reading of this book.  I just felt as though I’d spent an evening with an old friend, sometimes laughing ruefully.  For Munter, her website suggests it has all come together in the end.  She was right to persist and strive.

“A half dozen films, two CDs, a dozen commercials and infomercials, live jazz/cabaret shows all over the country, countless radio and television interviews - it has been a great ride.  Thanks to all of you for your kind and persistent support over these years. And thanks to the people at Excellence in Media who have given us another Angel Award for "Best Stage Performance" for that last show in New York, "Hooked on Hollywood." It was an upbeat way to end the cabaret career.”


She says she always knew I’d write.  So did I.  We're just not in the same genre. 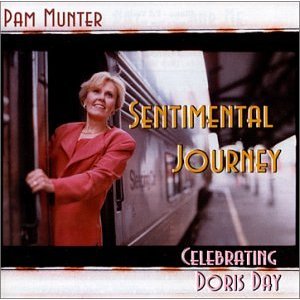