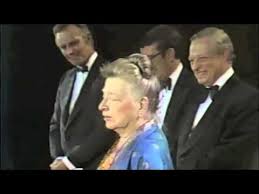 Alvina Krause giving a speech at NU.
This one is on YouTube.  https://www.youtube.com/watch?v=btUpLkTBAog


“Vimeo” is like “YouTube” with slightly different advantages that aren’t relevant here.  Vimeo has two videos of interest to students who want to know more about the philosophy of Alvina Krause, a remarkable teacher of acting.  You can call it “Method” if you like, but there are many acting “methods,” all rooted in the reality of human beings and the art forms that explore that reality.  There are art forms that challenge or ignore reality, contradict it, explode it, and so on.  They still begin with human reality since the only way to leave that is through some form of unconsciousness or death.  Of course, most art forms can preserve a particular view of reality beyond the death of the creator of it.

https://vimeo.com/9415877
This video is AK teaching a class in South Dakota after her retirement from the NU School of Speech.  If you lose the address, type "Alvina Krause" into the search strip.

https://vimeo.com/90605707
This video is really a sound recording of a radio interview, but it is augmented with photos.  The color photo of AK holding a bouquet was taken by Tom Foral on her front porch.

(Title): AK KUSD 1
from Bloomsburg Theatre Ensemble
Alvina Krause (1893-1980) was the legendary acting teacher at Northwestern University (1930-63) and in retirement was the Founding Artistic Director of the Bloomsburg Theatre Ensemble. Here, she is interviewed by Marjorie Weeks on KUSD’s program “Concern”,on April 5, 1968. Uploaded with permission of KUSD.
-- Vimeo notes
_______ 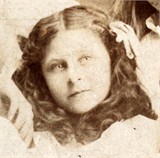 What IS the reality of human beings?  It is in the sensorium of the body, which is our only access to the world outside our skin but far more intense and extensive than just “five senses” and all of which is sorted and “felt” in the brain.  But then, once “felt,” the reality is acted out in reaction, so that it can be seen by others.  Sometimes the brain needs a moment to process -- sometimes honoring that pause while the connectome rings and flashes like a pinball machine, but only in the person’s head, is the truest clue to a person’s reality.  It will show what matters to the person, why they act as they do.  After the pause, the person will be infinitesimally different.  Once in a long time, transformed.

The totality of the person’s actions will be driven by a kind of morality, a code.  It may be quite individual.  This is the pattern that is truly the subject of drama:  Antigone’s rule says that family requires honoring kin; Creon’s rule says that a kingdom must be kept in order even if it requires the dishonor of kin.  Flash forward and we’ve got “Game of Thrones.”  Maybe Russia seizing Crimea.

A performance shows us these patterns.  To act as a character in the performance means accepting and believing in the character on the character’s terms, which may or may not be in agreement with family, nation, religion, membership in a group, or any other system outside the person.  This is not a matter of judging the person, but understanding the why of who that person is.  And letting it show through the person’s body.

Persons may not understand their own “why.”  Some kinds of acting only require the expression of the actor’s own personal “why.”  The kind of acting AK taught requires that the person DOES know their internal patterns and can enact those of others without destroying themselves.  Still, it may be painful and the actor must accept the necessity of that pain.  Consider what goes on in Peter Dinklage as he portrays Tyrion Lannister, saying those bitter self-mocking lines about being a dwarf, enacting the restrictions and losses of his real-life physical form. 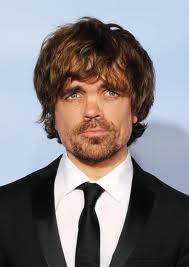 What does he find in himself that allows him to somehow project compassion and generosity, a certain nobility?  Why couldn’t Hervé Villechaize find these aspects of his own self?  There is risk in acting.  Which is why some students of AK, exposed to the stripping and reality of self-search, claimed they had been abused.  They simply didn’t have the courage and toughness necessary to do it.  Dinklage does; Villechaize did not.

Any art form is a combination of seeking, hiding, and finding some pattern in whole or in part.  How that is done, and to what extent it is controlled by others outside the actor, varies a great deal.  We do know that one human interior brain connectome is capable of creating parallel personalities with quite different structures and assumptions about the world.  The actor is capable of separating them and “running” them alongside stage directions that say “keep your face in the light,” “stand right here,” “be more angry.”  The morality or overarching pattern of all this has to be found in the play.  The actor must concentrate to keep the pattern of the character the most dominant while onstage.

On a stage the patterns are generally found in rehearsal, following the guidance and feedback of the director who should not take on the project without some concept.  In fact, when AK could not form this concept, she said would not (indeed, probably could not have) directed a specific play.   In a film the alternative footage of the actors plus other elements are used by the editor and director to form the pattern, the meaning.  If there is none, then the work is aimless and trivial.

A director, like a writer or a psychotherapist, needs to find the deep pattern that drives the work into intensity.  Why present something pale, trivial and transient -- to be forgotten tomorrow?  And why find a meaning vivid, memorable, and central in order to promote breakfast cereal?  But it would be legitimate to produce something as striking and baffling as “Endgame” if it asked a vital question, and so the meaning must be in the questioning. 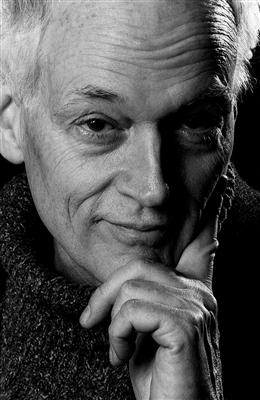 The question of audience is not one that AK particularly addressed or could resolve.  She did value repertory theatre where the community is the home of a theatre and therefore can learn to understand in a different way than a “one-off” audience.  At Eagles Mere where the continuity was the summer people and AK herself, through the productions, the season became a dance in which one partner matched the other.  If a specific play crashed, and some did, then clearly something had gone very wrong, but not due to one person who was out of step so much as the basic concept of how to interpret the play.  Still, sometimes it seemed that one small element was messing up everything, so once the stage crew had to stay up all night to repaint the set for “Auntie Mame” in a different shade of red, because the first one suggested tomato soup instead of rubies. 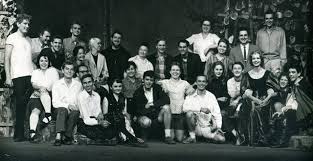 Alvina Krause at Eagles Mere in the center.
Nancy Killmer, who played Auntie Mame, in front of her.

Arts of all kind are a terrifying trade-off between one’s deepest truest self -- which could be destroyed by revelations -- and one’s constructed surrogate -- which can turn into a trap that won’t let the actor out.  AK tried to teach how to bravely go where you have never gone before without drowning in your space suit.

These days the NU School of Communication is a space-age sort of outfit.  Very corporation, very international, very theory, very technical.  BUT the theatre department remains a humanities place with emphasis on movement, story, and actual performance.  If you want more of a feel, go to and watch the faculty vids :

Sometimes when I hear about the way it is now -- so MUCH money, so many more resources, so much younger -- I think about what it was like to work with AK, at eighty full of grace and gravitas, driven and called.  Nothing like that at NU now.  But maybe there shouldn’t be.  Maybe that was armature and today’s work is flesh.