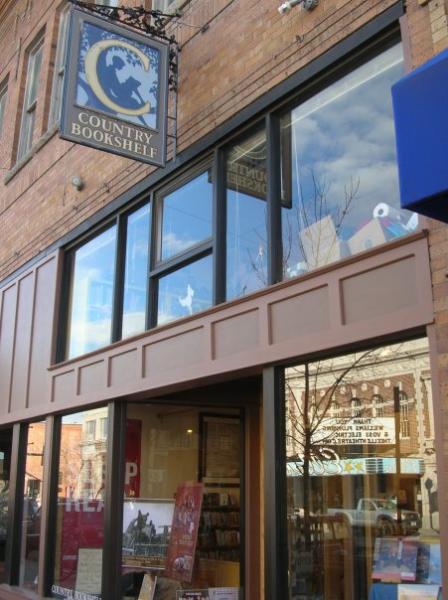 When I come to a new place or return to an old place at a different time or from a new angle, like when I returned to Montana in 1982 to do the three-year UU Montana Ministry, I go to a used book store and buy paperback anthologies of the local fiction.  It’s a fast way to get to know what the issues are, how people are thinking, and what they expect will happen.  It was a little tricky in Montana because I got so absorbed in the local writers (1982 was a boom time for Montana writing as a “brand”) that I preached too much about what I was reading.  I overheard one man saying, “Why should I hear about Greg Keeler when he lives right here?”  I was more cautious in Saskatoon, though it was a trick that worked very well up there. And it worked for the Native American literature renaissance.  Much of the best writing I know was found that way -- not by following what critics recommended.  Most of the critics didn’t seem to know this writing existed. 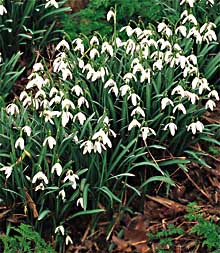 Where ever a person is standing, there are underground countries that are unseen.  Whatever is stigmatized is invisible for the safety of the marked people, but if the culture shifts to make it safe to come out, writing can sprout up like spring bulbs, suddenly in plain sight, almost underfoot.  Indians, women, gay men and lesbian women, other sexual nonconformists like celibates, the handicapped, Unitarians, Metis -- suddenly their writing is visible.  Often it has a freshness and surprise in it, or maybe an explanation of something always kind of mysterious. 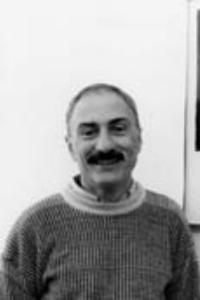 So I ordered a set of used paperback anthologies of gay writing, called “Men On Men” and numbered, 1, 2, 3 and so on.  George Stambolian was a professor at Wellesley with enough legitimacy to interest a publisher and a wide enough gay network to pull in worthy writing by gays.  By the time #5 was published in 1994, Stambolian had died and there was a new editor, David Bergman.  He said in his introduction:  “Diversity and excellence are often conceived in the public’s mind as opposing forces.  Some people think that representing a diverse group of writers waters down content and lowers artistic standards.  But my experience has been quite different.”  I love it!

In these anthologies I did not expect to find a Montana writer.  That would be Noel Ryan, whose story was called, naturally, “Big Sky,” though it mostly happens in Helena, which is in a valley with a sky confined by low mountains.  More like “a cup of sky.”  I don’t know a thing about this guy, unless what is in the story is the truth.  Since I know at least one other author in this anthology, I suspect that Ryan’s story, like my friend’s, is both true and not-true.  Much good writing is like that.  This is in anthology number 3, which came out in 1990, before the craze for “proving” everything had taken hold. 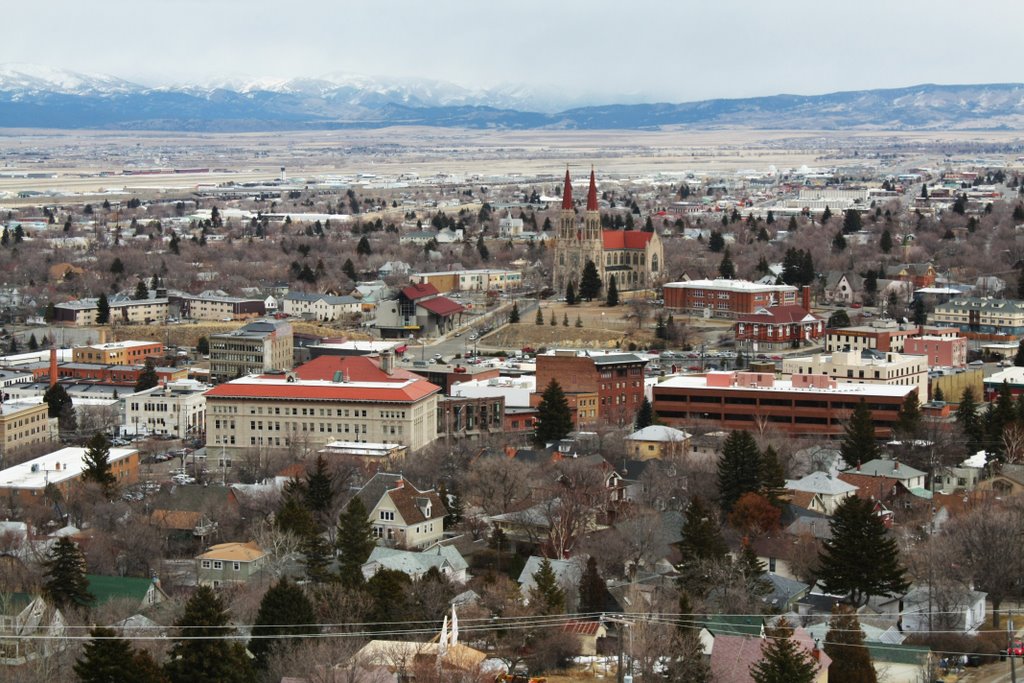 Ryan reports himself to be the youngest of a set of sibs mostly married and gone.  His father is just gone, a drunk, but his mother is still there.  She is abusive, both psychologically and in fact.  Like, she pushed him out a window when he was a kid -- and it was not a low window.  His father was in the house, raving and attacking his mother, and she pushed the boy out the window to go get help, but when he hit the ground he needed help himself. 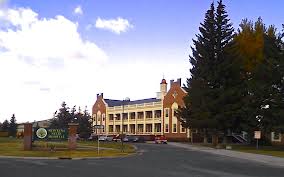 The lesson seems to be that he did get help, even for his psychological instability which caused him to hear voices and shout back at them in the middle of quiet classrooms.  In Warm Springs he got helpful therapy and medications and he reports that he was gradually able to understand how to cope with himself.  He had only one gay attempt at relationship, which qualified him for the anthology, but seems to have close female friends, college people.  By then his father had been in the Veteran’s Hospital just outside Helena until he died.  His cold-blooded mother split for Phoenix.  Ryan and his brothers inherited the farm on the foothills in sight of Helena, but the brothers were doing well enough to let Ryan have it.  By the end of the story, he has been working on a college degree and wants to write.  IS writing.

But I couldn’t find any online clues about him nowadays, nearly a quarter-century later.  Maybe he was using a pseudonym.  I wonder whether Peter Koch, who is gay, might have known him.  Or maybe Ralph Beer, who is not gay, knew him.   Beer is the author of “The Blind Corral,” about another family ranch near Helena.

Noel Ryan is not enough different from a hundred young aspiring writers to really be identifiable.  The story holds no shocks for those aware of eccentric families with unstable members who wander out to the West in hopes of some kind of transformation or salvation, but never find it and so drink too much, get too violent, and have children whose brains don’t quite function properly.  They are often surprising and charming -- easy to love.  If they go off their meds now and then, a little shouting never hurt anyone.   Just no violence, please.  No pushing out of second-story windows. 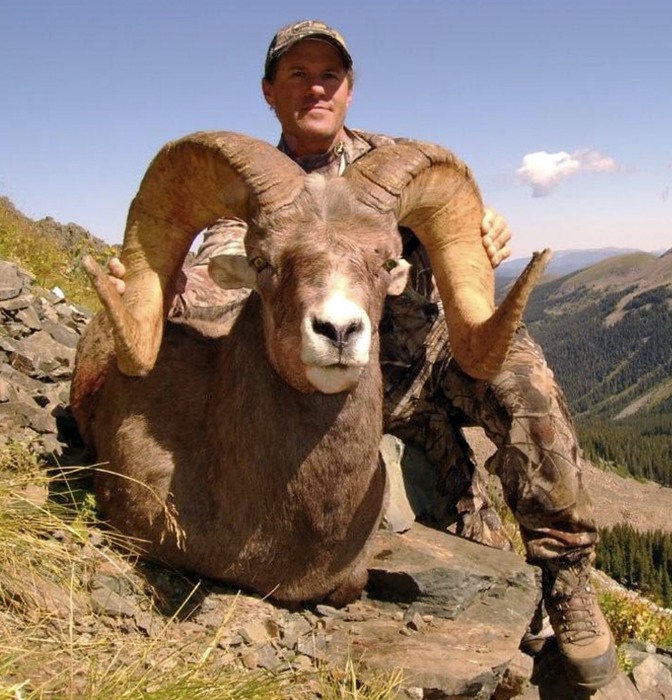 The pay-off of the story is that Noel keeps remembering a trip with his father on a sheep hunt.  With my background I was expecting an expedition into the high Rockies to collect a trophy bighorn full-curl, trophy ram.  Very macho and mystical.  Very commodified Montana.

But Noel means a domestic sheep roundup -- participating in a long row of men thrashing through high terrain somewhere near McDonald Pass to bring in a dispersed band of woolies that had been grazing up there.  Nothing said about where their herder went.  The climax is coming into a clearing where stands -- NOT a sheep -- but a moose.  Moose can be pretty dangerous.  This one was calling to a mate. The boy backs up against his father, who crosses his arms like bandoliers in an x on the boy’s chest to hold him still and safe. 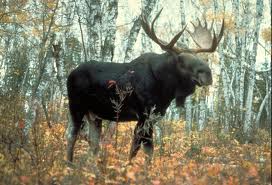 “I laid my head back against his big winter coat and we stood in absolute silence, as if struck there in marble, watching and so close to something very rare and my father was, I suspect, as wonderstruck as me, and the moose moved through the snow and into the shadows to gather his love to himself and then lead on into the mountain fastnesses and farther up, into its safety and into its life.”

That’s the end of the story.  It is not porn, it is not about AIDS, it is not about “coming out of the closet,” it’s just about a precious moment in the life of a boy that has meant to him that he was loved -- no matter how clumsily or ineffectively.  It could have been a story written by any kid who had to struggle.  Not about dominating some formidable mega mammal, but just helping ordinary sheep make their way through the brush and down the mountain to safety.  Maybe Noel became a teacher or a counselor.  If so, I hope an occasional moose wandered into his clearing.

Noel has disappeared.  But so has “Montana writing.”  The Montana Festival of the Book is more like an NPR get-together.  I wonder what that means.  Maybe we should send a line of people out to thrash through the brush, flush out writers.  Or would they just find sheep? 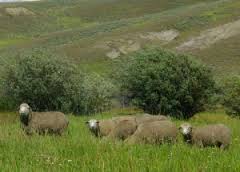 . . . I suspect the Montana writer scene has changed because writing has changed. The 1980s "Montana" brand, as you name it (and it did continue into the 90s, with vestiges, remanants, and participles scattered about like breadcrumbs on the trail leading to some deep forest cabin), caught what was perhaps the last wave of the old era of publishing. As you so well write about, it's a thoroughly new bag these days. Add to that the generational shift, with many of the writers who comprise the "legacy" of the scene are now place names on Humanities Montana's Montana Authors Project map. That said, legacy is the stuff upon which culture is built. Legacy is another form of legend. And legend brings us to the Hero with a Thousand Faces. I think in today's post you are revealing one of those 1000 faces, saying this is Montana writing, albeit, not of the stripe, in all probability, to ever make it to the map.

Noel Ryan is Edward Noel Ryan. He suffered a stroke and is living in a long-term care facility in Pittsburgh, PA. He was born in Montana in 1938. He was at the Stonewall Riots when he lived in NYC, and he knew Harvey Milk when he lived in San Francisco. He is now convalescing in Pittsburgh.

Michael, I see you are on Google + but I can't make it behave, so I'll do this. I hope Noel can know that an old lady in Montana (He's a year older than me) read his story and really liked it.


Ed/Noel was my uncle and I was his guardian and recently came across your post. He passed away November 1, 2015 in Pittsburgh. He would have loved the fact that someone was impacted by his writings. He was an extremely talented author that was brilliant in many ways and had many demons that he fought throughout his life. Ed graduated from Gonzaga/Carrol College(member of the Gonaga "college bowl team" if you remember the show from the early 60's) worked for Time magazine, taught English on Cyprus and was truly an expert on anything related to ancient Greece. He wrote through out his life. He was involved with several early gay groups in both NYC and San Francisco. Fortunately, I was able to obtain his papers and writings after his death and will keep those in the family. He loved Montana until the end and his ashes will be spread from slopes of Mt. Helena this summer. He finally will be able to come home.

Thanks so much, Patrick. I'm glad to know the story right out to the end and, I reckon, past if you count ashes and memories. I do.